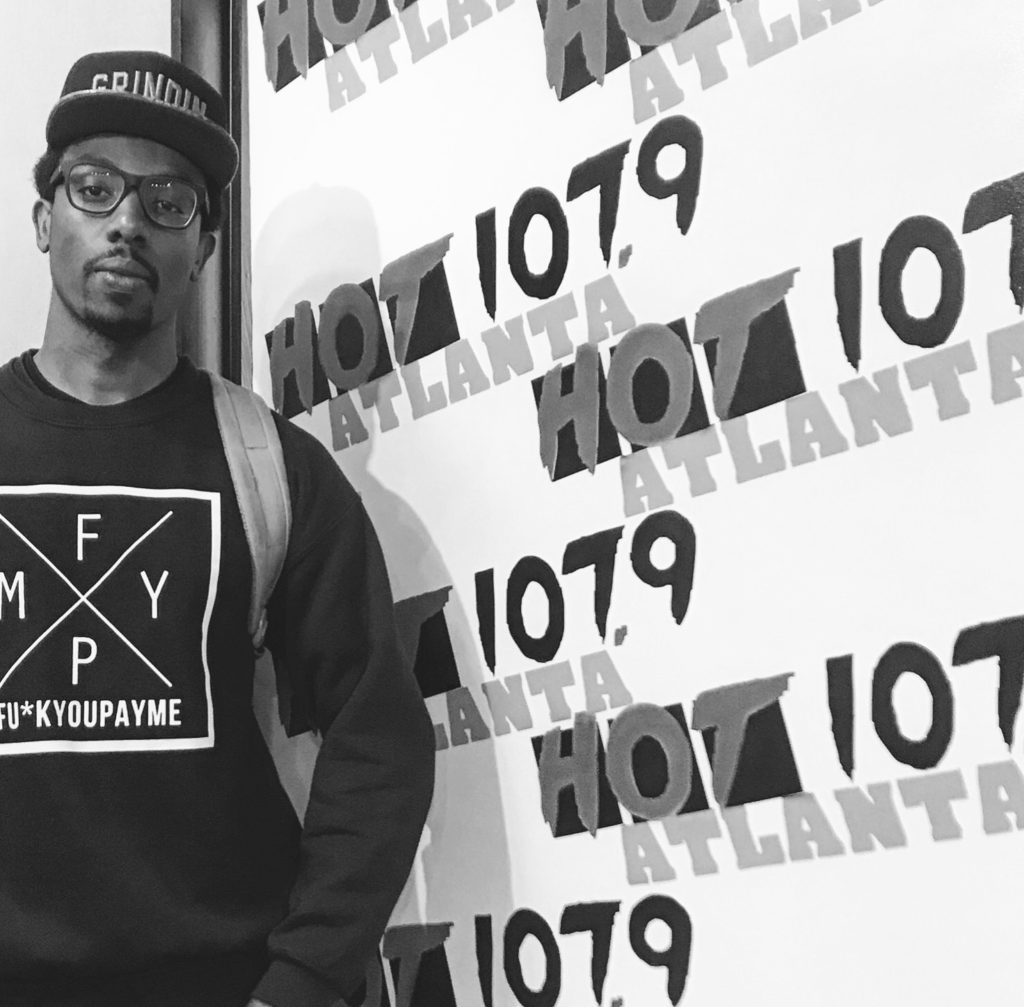 Tim Clarke, better known as “DJ Iceberg,” is a versatile, creative, and enthusiastic Disc Jockey, music producer and personality. Born in New York, but having spent much of his life in Atlanta, GA, Iceberg is known for blending New York-style hip hop and entertainment elements with catchy, Southern rap to create a unique style for listeners. From radio mixshows to music festivals to nightlife events and clubs, he delivers smooth transitions and interacts with his audience to keep the party going and the energy at a consistent high-level. A natural turntablist, for any occasion, Iceberg most enjoys performing at music festivals and concerts because of his ability to interact and build a rapport with the crowd. During the past few years, Iceberg has DJ’ed for several major artists on tour, including: Rich Homie Quan (in the Bahamas), Kidd Kidd (Canadian G-Unit tour and for XXL Freshman Concert) and Future (3 shows, “Would You Like a Tour”). He has also DJ’ed at many major music festivals and events such as, HOT 107.9 Birthday Bash (2012 – present), SXSW official Juice DJ showcase (2015),
A3C BET stage (2015), A3C Vibe stage (2016), A3C AllHipHop stage (2015) and A3C Datpiff stage (2015), to name a few.  For the past 5 years, Iceberg has become a staple on Atlanta radio as a mixshow DJ and personality with HOT 107.9 (WHTA-FM). He is actively involved with all station events, charity drives and concerts, and frequently provides entertainment for station events. In addition, Iceberg has secured a regular position as a mixshow DJ for Sirius XM’s Shade 45 show, StreetizWatchin,’ lead by DJ Drama and Don Cannon. He has been involved with major artist interviews that take place on the show each week, including interviews with Wale, 2Chainz, Lil Wayne and many more.

Iceberg is also a member of Kappa Alpha Psi fraternity. Through various relationships that were built and developed during his tenure at Georgia State University, he began DJ’ing at campus parties, events and nightclubs throughout Atlanta. Now, he is the resident DJ for the annual fraternity and sorority event, Atlanta Greek Picnic (AGP), which hosts more than 15,000 alumnus, students and corporate / brand sponsors each year. He has been the resident DJ for AGP weekend and all festivities since 2010. In addition to his daily DJ roles and responsibilities, Iceberg is the co-founder of a new music and entertainment website, DJIceberg.com, and co-founder of Mixtape Monopoly, a South-East coalition of DJs and a DJ network promoted to more than 35,000 industry contacts. This year, he also launched Monopoly Music Production Group, which currently consists of himself and a few producers located overseas. In the coming years, Iceberg plans to hone his craft as a music producer and secure big-name placements, as well as continue to build his brand through resident DJ opportunities throughout multiple US cities,
music festivals and tours. He would also like to build a presence on the corporate side of the music industry with specific brands, organizations and events. His more immediate plans include launching a branded podcast to deliver new music and content to his network and audience, while continuing to entertain his radio listeners. DJ Iceberg has received several notable awards and achieved accolades, such as: being selected as an Academy DJ (owned by DJ Drama and Don Cannon), Salute the DJ Awards winner (Atlanta; 2013-2015) and last year was selected to be a part of the 2016 McDonald’s Flavor Battle,
where he finished as a finalist in the national competition.