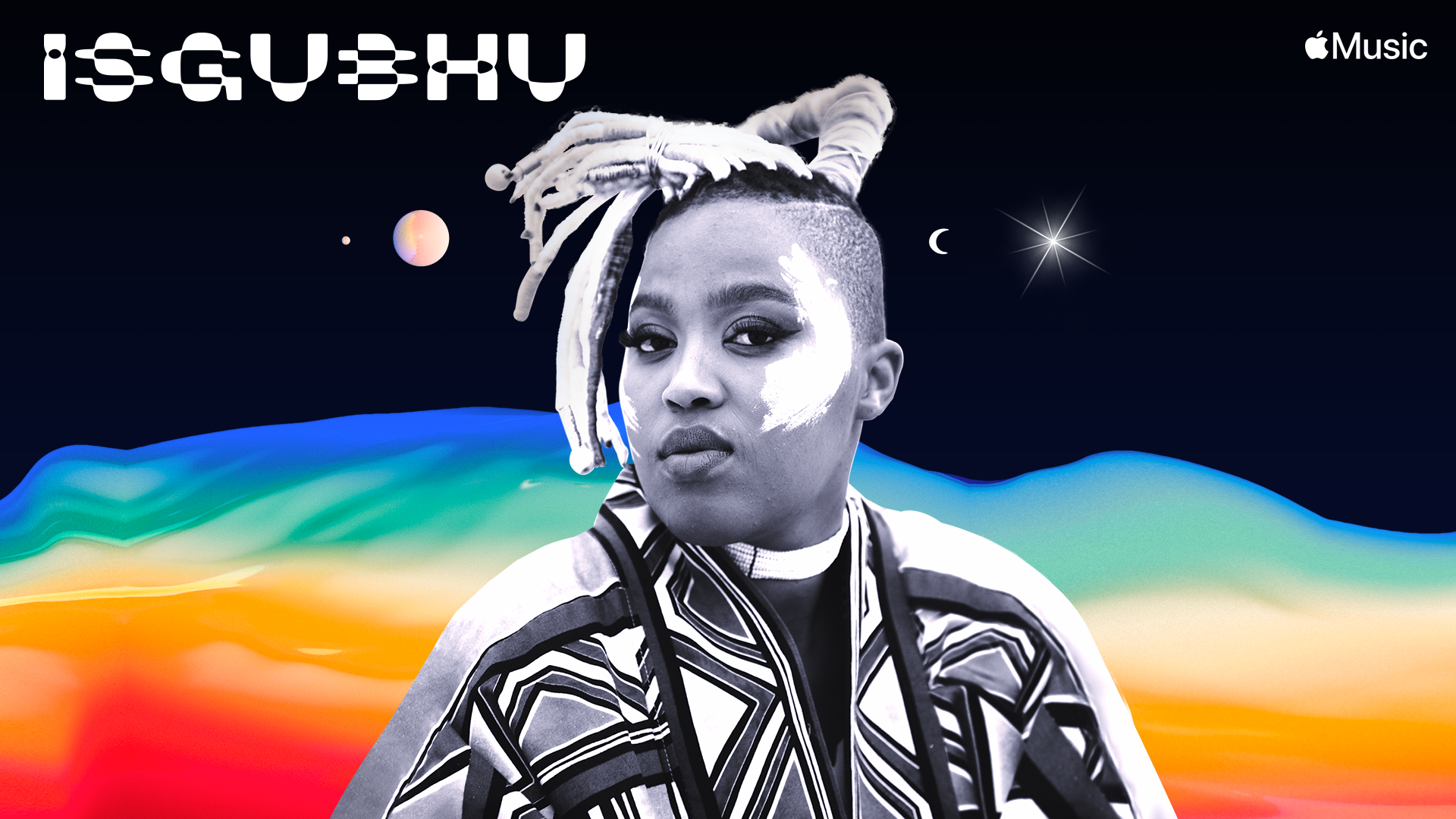 “I’m extremely honoured to be able to curate this playlist for Apple Music’s Isgubhu. I can totally call myself a fan of house music from when I was in high school. I’ll be sharing many throwbacks and my excitement to be a part of where the future of electronic music is going. And also just as a spectator that’s watching the sounds, I’m becoming known for evolving around the world,” she tells Apple Music.

Born and raised in the Eastern Cape, Msaki creates songs that combine soulful folk with symphonic movements, and her deeply soulful vocal and lyrics communicate profound messages as she sings of love and loss, and home and hope.

Known as an accomplished acoustic folk guitarist, Msaki is equally as comfortable taking centre stage on some of SA’s biggest house tracks like “Fetch Your Life” with Prince Kaybee, “Ubomi Abumanga” and “Chasing Summer” with Sun-El Musician, as well as “Sizophelelaphi” with Oskido. In anticipation of her two-album release, Platinumb heart Open and Platinumb Heart Beating, on 19 November, Msaki has been very open about her decision to release a double album that reflects the duality of her musical career, and speaks to both of her audiences.

Msaki has also created an exclusive Isgubhu playlist that features tracks that are exemplary of South Africa’s undeniable excellence in house music. “South African house music holds an interesting place in the world, historically and now with the new wave. The songs I’ve chosen are South African house songs. Some are classics like ‘Be My Friend’ and ‘Set Your Mind Free’ and some are songs that are really cool in the EDM space now like Diplo’s ‘Promises’. I really connected with the sound of Kenya: The Gondwana boys. And then it’s my usual favourites, the DJ’s I like to work with here in SA that I’ve formed relationships with and some of my songs,” she explains.

Taking over Isgubhu By… for this month is SA Afro-house producer and DJ, Karyendasoul (real name Bonga Ntozini). From the release of his debut single “8th Brother” as part of Red Bull Studios Cape Town’s WE LIVE 4OUR MUSIC EP (2016), the eclectic DJ has not looked back, featuring on the prestige Amsterdam Dance Event (ADE) compilation, collaborating with Black Coffee, and carving out his own space with the release of his debut EP Waka (2018).

“My selection for Apple Music’s Isgubhu By… highlights the different vibes in dance music that I really draw inspiration from and play in my DJ sets. I think product wise, the African dance music scene has been at its highest quality for a long time. It’s been the same for electronic dance music except only now it’s becoming more accepted and popular within the borders of the country. Musicians in this space can now freely express themselves more!” he explains.

Launched earlier this year, Isgubhu is the definitive home of African Dance and Electronic music on Apple Music and spotlights and elevates the work of African Electronic DJs, producers and creatives. Isgubhu, a Zulu word meaning beat and used to refer to a banging song, pays homage to an evergreen set of genres and the African artists who have played a pivotal role in shaping the Dance and Electronic scene across the world.

Listen to Isgubhu only on Apple Music http://apple.co/Isgubhu