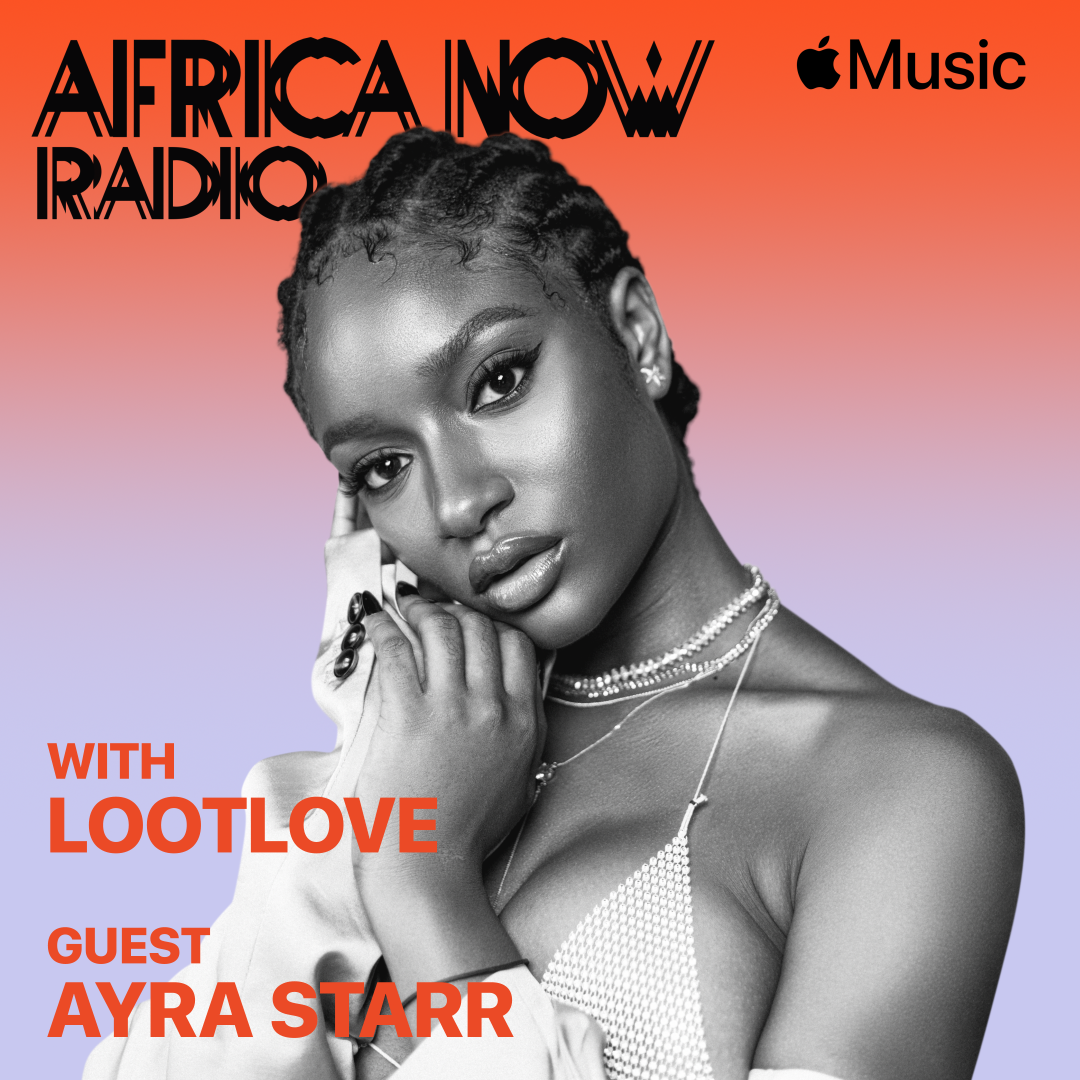 This Week’s Episode Features a Conversation With Ayra Starr, the 5 Hottest Tracks of the Week, Africa Rising and LootLove’s Favourite Track of the Week!

Tune in to Africa Now Radio With LootLove This Sunday, August 15th at 4 pm EAT, 2pm Lagos/London / 3pm Johannesburg/Paris / 6am LA / 9am NYC on Apple Music 1.

Each week,LootLove chooses her favourite track, taken from one of Apple Music’s African playlists. This week she pays tribute to the talents of South African musicians Mpura, Killer Kau, Khanya “The Voice” Hadebe and ThandoTOT, who tragically passed away earlier this week, with a special dedication of the Busta 929 & Mpura track, “Umsebenzi Wethu (feat. Zuma, Mr JazziQ, Lady Du & Reece Madlisa),” from Apple Music’s Amapiano Lifestyle playlist. Listen HERE (and find a roundup of all LootLove’s selections on Apple Music’s LootLoves playlist, HERE).

Tune in and listen to the full episode this Sunday, August 15th at 4 pm EAT, 2pm Lagos/London / 3pm Johannesburg/Paris / 6am LA / 9am NYC on Apple Music 1 at apple.co/_AfricaNow.

Ayra Starr on being a woman in Nigeria

In Nigeria when you hear somebody is cast, sometimes it’s nothing about being around. It’s just that when you’re a woman, when you just do something, you just hear “Oh, she’s cast” when she’s in some… when you see her pictures everywhere, “Oh, she’s casted.” Just being a woman, being a female in Nigeria, you get very used to hearing that about yourself. Just “Oh, she was casted.” Because of any… people want to label you with something, it’s just like how we females grow up with that type of stereotype.

Ayra Starr on naming the album 19 and Dangerous

Ayra Starr: So, two years ago, I knew my album was going to be ’19 & Dangerous,’ that’s what I was going to call my album. I didn’t want to know anything, I was so sure.

Ayra Starr: So, growing up, I grew up with a lot of stereotyping of female singers. You hear that, “Oh, they’re this, they’re that.” And me, I just grew up with the mindset that I’m not scared of being a female singer. I’m not scared of being an African woman. I’m ready to take over, I’m ready to take over. I’m not afraid of mistakes. If something bad happens, I’m ready to grow from that situation and become a better human being. I’m not part of any scandals, I’m not part of anything like that, I’m ready.

Ayra Starr on what older generations can learn from Gen Z

In my opinion, I feel like your generation is… It’s a lot of what would people think. I feel like Gen Z’s right now, just living life on their own terms, which is so inspiring to see. I feel like a lot of millennials, they really care about the other person’s perception about their life. And that’s one thing Gen Z’s don’t care about. Everybody’s just trying to live their life. And nobody cares if they have like a big tummy or they have like big arms, like everybody’s rocking their self because of however you’re different, that’s what makes you special. So everybody draws on their individuality.