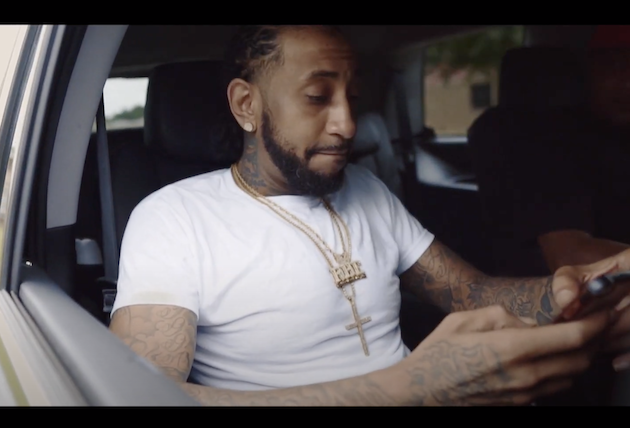 Today Texas rapper Arabb Redd releases his new video for the song, “Play It Safe” ft Chucky Trill. The track is produced by B Don And G Luck of G and B production and the video was directed by DJ Films Productions. In the video, Arabb Redd is faced with the dilemma of whether or not to cut off a business partner that is potentially jeopardizing the whole movement.

Inhaling heavy smoke and flipping his words while being surrounded by his constituents that offer advice Arabb Redd delivers an introspective visual for the ages. After getting his start with friends in the 9th grade when his friend’s dad built a studio, a passion and desire to make music was born in Arabb Redd that still continues to this day.

“Back then life really hit me from adolescence to adulthood. I could be having a horrible day and this music really helped me calm down. When I started I didn’t take it as seriously and was trying to deal with life issues and going back and forth. Then a few years ago I really feel like I found what I wanted to do. I really started getting into the business, it made me want to give up at times, but it’s a field where if you don’t know and don’t ask noone will tell you.”

Also being born and raised on the Northside of Houston, Arabb Redd was inspired to take rap seriously after seeing one of his childhood favorites J-Dawg rap live in the studio. “The first time I heard him rap, I was like, this is what I want to do. The way he was expressing himself it sent chills up my spine and we kind of just played with it and it always stuck with me,” he said.

For Arabb Redd, music goes well beyond wanting to be a rap superstar, its deeper than rap for red after seeing the impact that Nipsey Hussle had on his community.

“It’s kind of like my healing right now, and with each new song and the more I keep recording the deep and deeper I get, the more true I feel to myself. It’s really like a healing for me. Like I can fall in love with it,” Arabb Redd said. “I feel like I’m making the realest type of music – storytelling. It’s like a mood and that’s what I’m going for. I want it to be a vibe that hits home with all my songs and I think if you sit there and listen to it, I think that’s what it does. It’s not just for people who have money, it can touch all the races and people out there no matter who you are. Going forward fans can look forward to Arabb Redd’s single, “Snitches” coming in July.