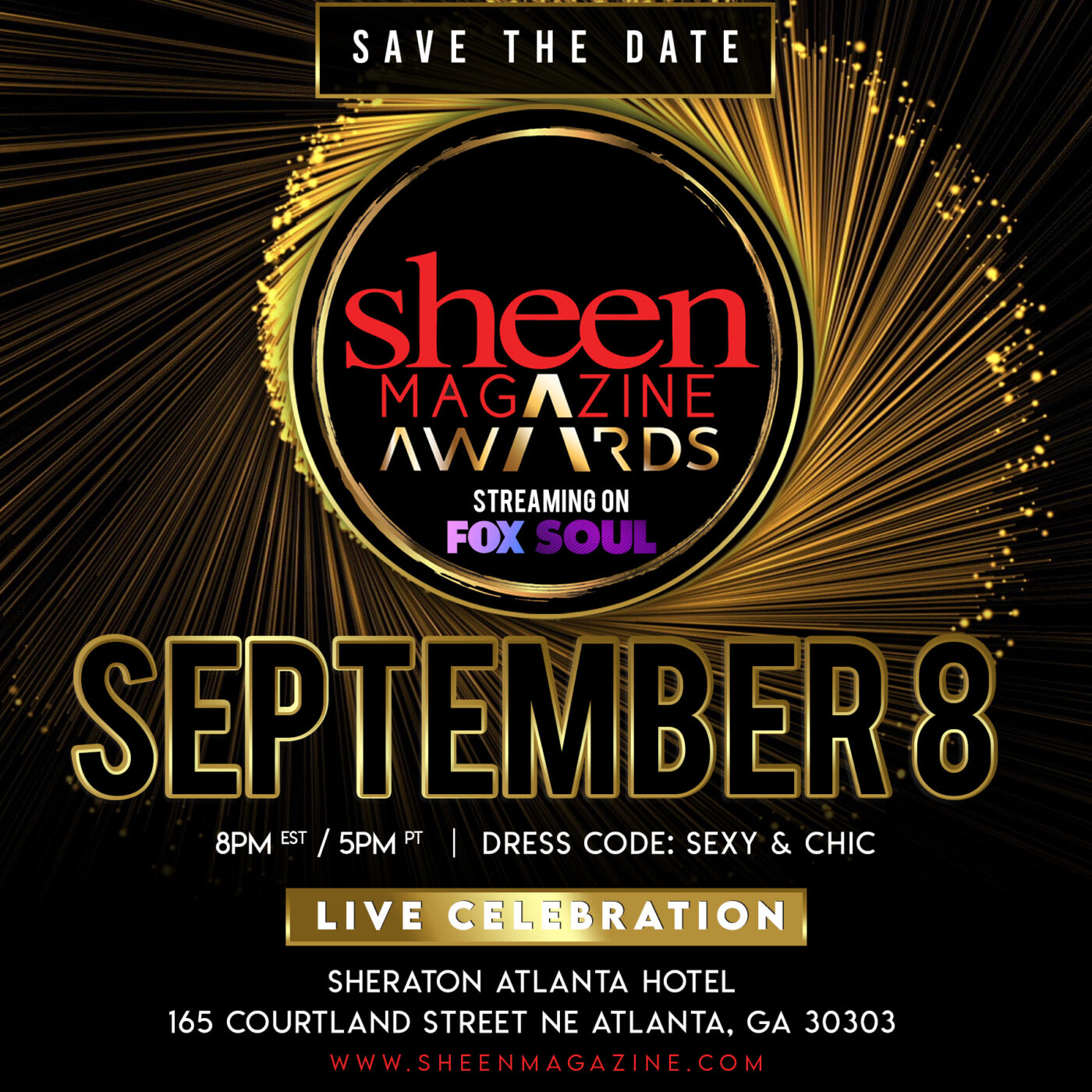 It’s that time, so save September 8 for SHEEN Magazine’s 8th annual SHEEN Magazine Awards.  With the immense success of the 2021 hybrid celebration, we are re-running that play for this year, and like in previous years, we will honoree “A-List” celebrities that are culture creators.  However, more honors will be given to top influencers in hair, makeup, and beauty (voted on by global fans) in two thousand twenty-two.  In addition, the internationally known television streaming network FOX SOUL (under parent company FOX Broadcasting Network) will be back to stream the award show to their 61+ million viewers, as SHEEN Media Group airs the show simultaneously during a private “VIP” screening (with a LIVE after-party).  This highly anticipated gala returns to the Sheraton Hotel,  165 Courtland Street, NE Atlanta, GA 30303.  The Red Carpet will start at 6:00 pm and continue through 7:45 pm (with the show starting immediately at 8:00 pm eastern).