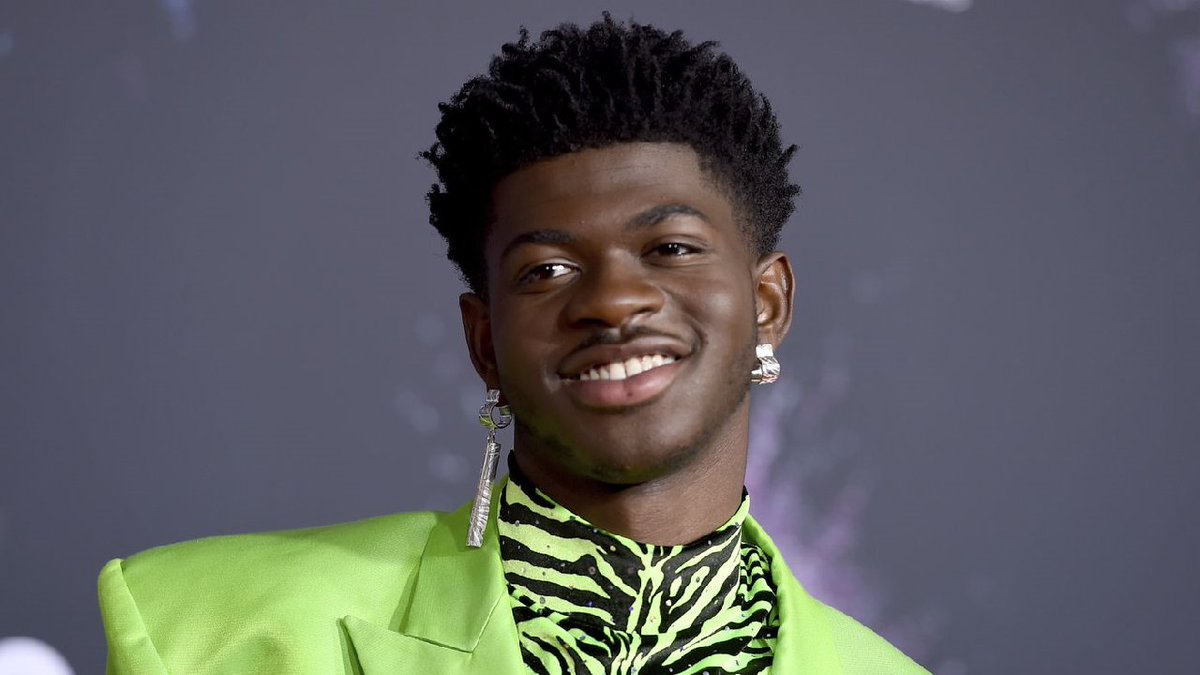 Grammy award-winning rapper and singer-songwriter Lil Nas X has announced a new partnership with Cash App, the #1 finance app in the United States, to empower teens by giving them more financial access. Timed to the recent announcement that Cash App is now available to teens with parental authorization, Lil Nas X was excited to share this news with even more young people on social media.

“I’ve been on Cash App for years, and I think it’s amazing they are making it available to anyone 13 and older now,” Lil Nas X says. “I wish they had something like Cash App when I was younger and I think it’s great that more young people can start to take control of their financial futures early on.”

To celebrate this launch and partnership, Lil Nas X is giving away $1 million dollars to those ages 13 and up across his social media channels (Twitter, Instagram, and TikTok). This gesture allows Lil Nas X to empower his teen fan base to learn more about money management while also reinforcing Cash App’s mission to redefine the world’s relationship with money by making it more relatable, instantly available, and universally accessible.

The social giveaway campaign launched on Tuesday, November 23 and will continue until the prize is distributed. To participate, anyone can comment with their $cashtag and #CashApp13Plus on his social media channels. Winners will be selected randomly, each winning $20 via Cash App. 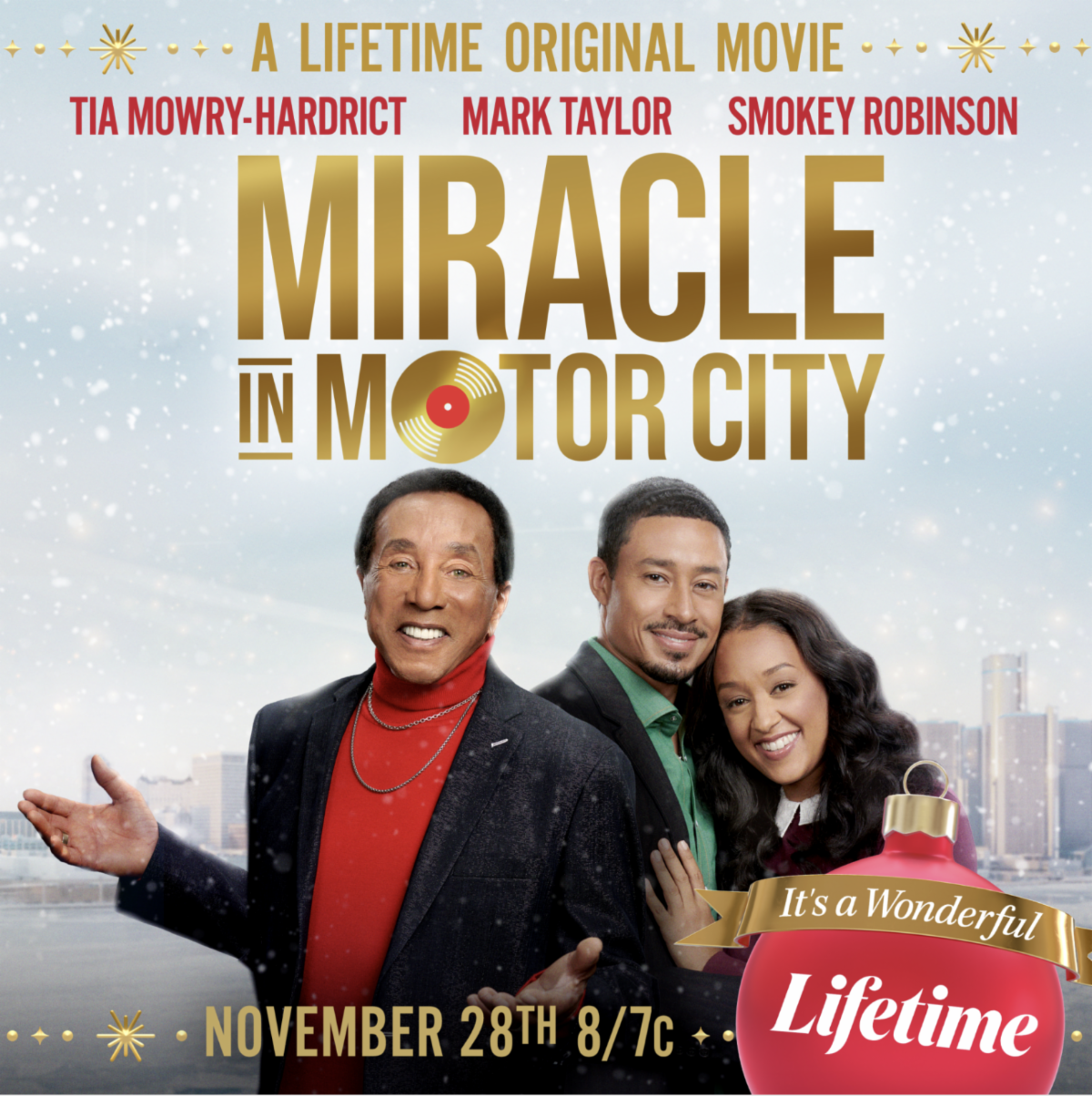 Amber Dupont (Tia Mowry) bites off more than she can chew when she takes charge of her church’s annual Christmas pageant and inadvertently promises to deliver a special performance by Motown Legend Smokey Robinson. When her best friends secretly enlist Amber’s former flame Eddie (Mark Taylor) to help – the pair reconnect in a quest to find Smokey and convince him to appear. With the clock ticking, family, friends, and superstar Smokey Robinson come together to stage the most special pageant yet. 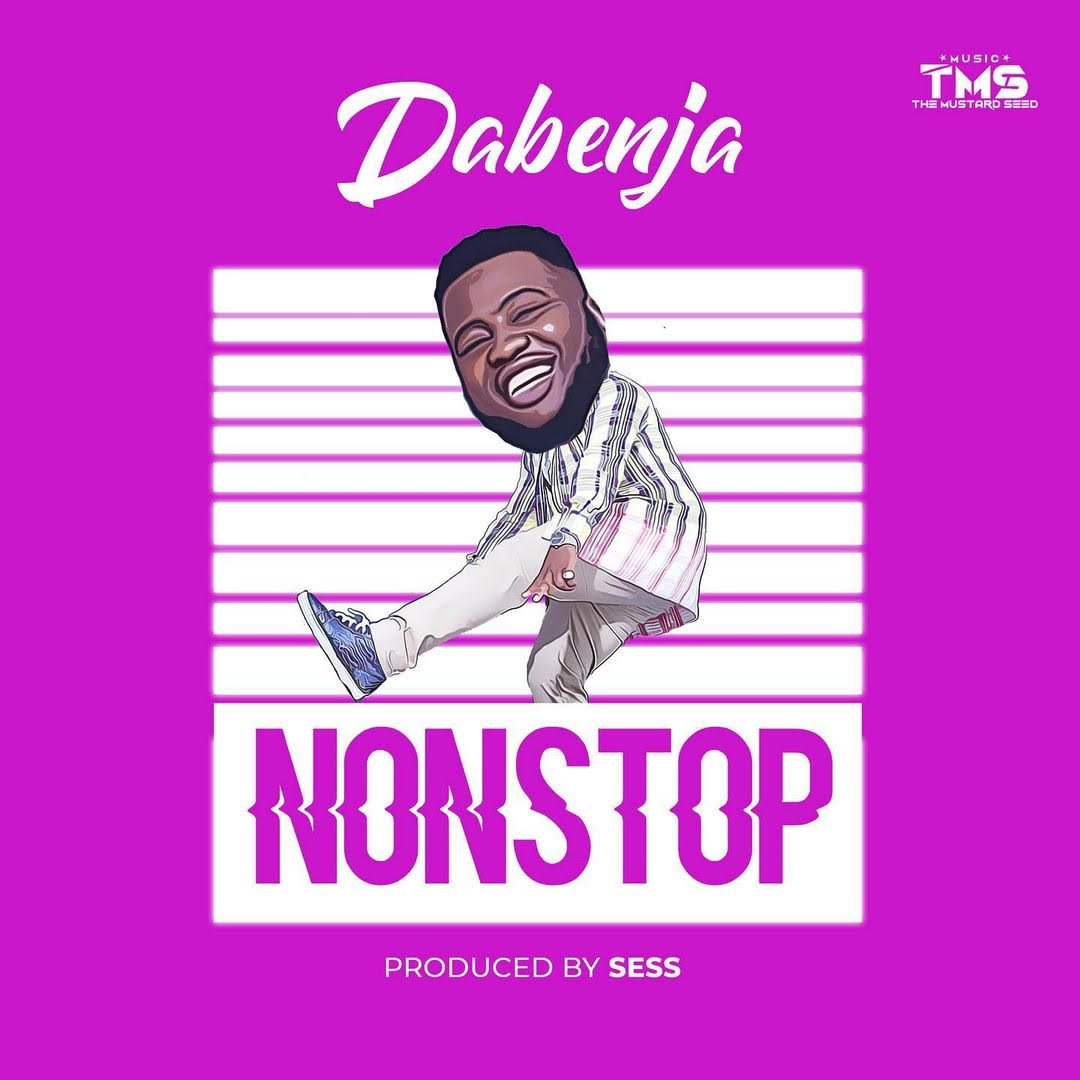 The Nigerian ace rolls in with a grand video for his spanking hot single ‘Nonstop’ and it’s the perfect fit for the fairly snappy song. Stream or download ‘Nonstop’ across all major digital platforms here: https://song.link/i/1581564693 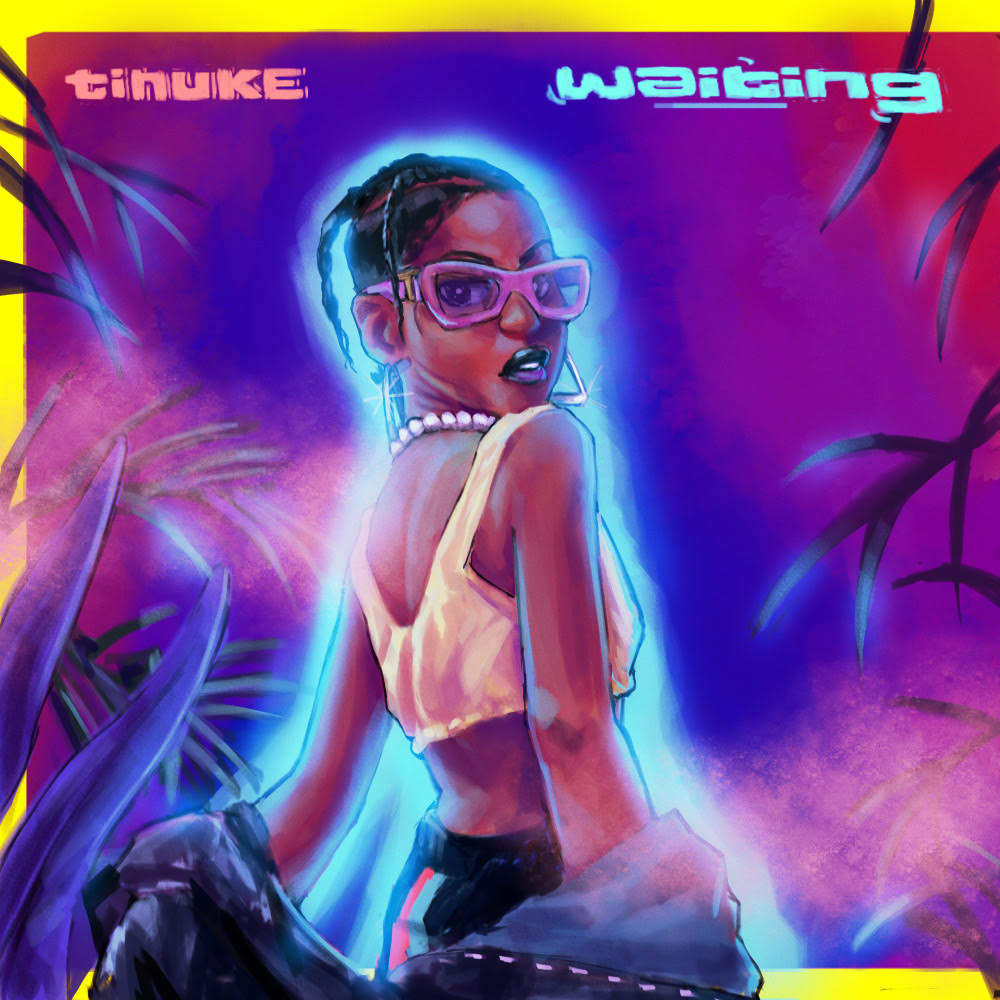 Following the success of her song ‘Rara’ which featured Ayisi, Tinuke is in with new music and a sparkle bound to get a grip on drifting listeners this week. Stream or download ‘Waiting’ across all major digital platforms here: https://afrisounds.lnk.to/Waiting

‘Waiting’, as Tinuke titles it is a butter-smooth Afrobeat melody which has the wavering act subtly alternate between her rap and singing tendencies to add some much-needed tenor to the solo release. Like some previous releases from the ‘Rara’ crooner, ‘Waiting’ runs on Tinuke’s now coherent theme of expressing love and appreciation for the special people in our lives, but more precisely in a context of self this time around:

‘’As a dark-skinned West African woman myself, this song is really about self-love and appreciating all the things about yourself. It’s a reminder that you are unique and have every right to be loved just the way you are’’, Tinuke shared. ‘’How did ‘Waiting’ come together? So, I was in the studio for some work one time and I heard the beat in the backdrop. Right away I was inspired and slowly caught on with some lyrics – the same ones that made the final song, because they were based on how I was feeling at the time and my experiences from a relationship’’. 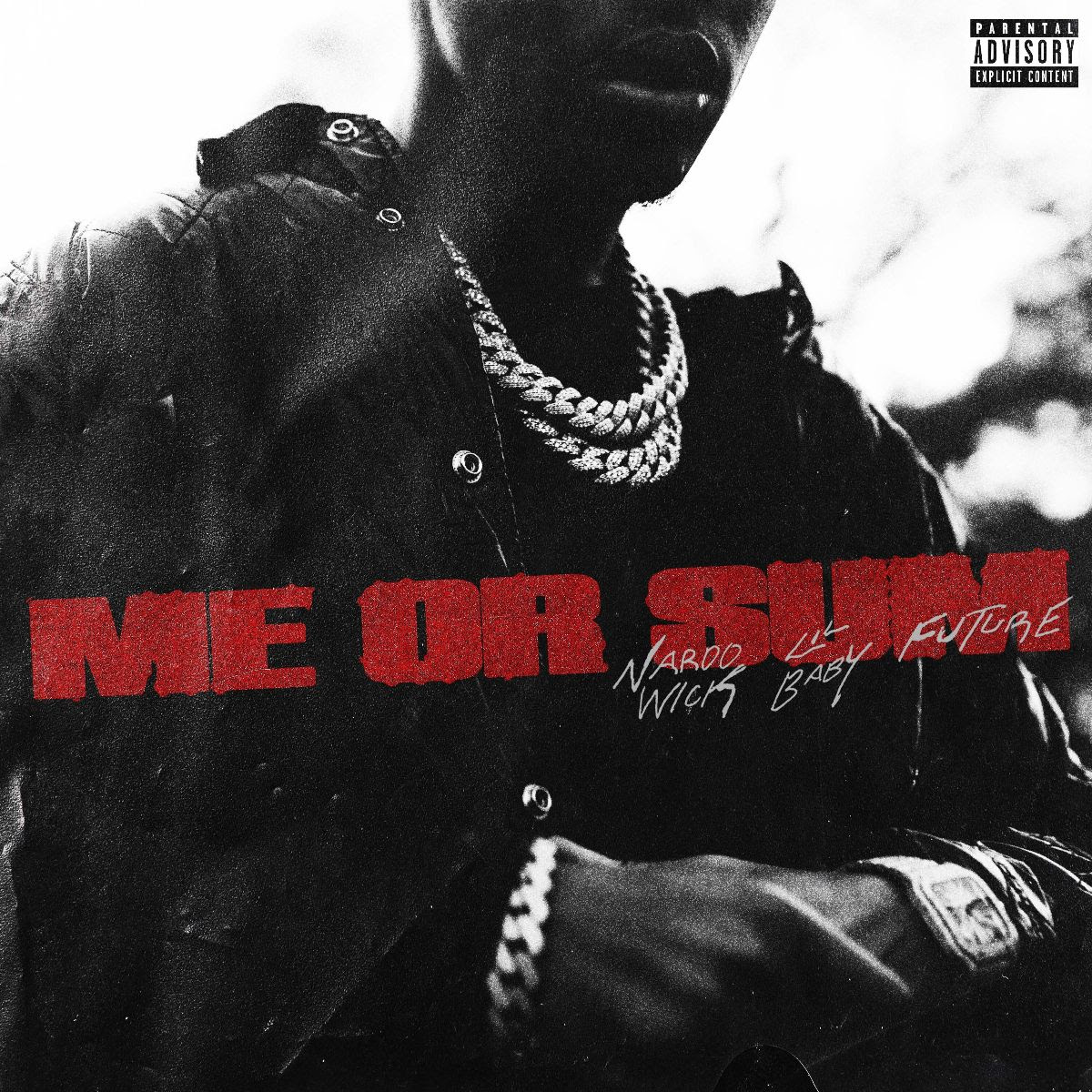 Nardo Wick has just released his newest single “Me or Sum” featuring 2 of Atlanta’s biggest icons: Future and Lil Baby. The track finds Nardo tapping into the raw talent his fans adore him for and his flair for high-end collaborations. The song shows Nardo, Future, & Baby sparring about their romantic partners thinking they are “Me or Sum” from just a taste of their luxurious lifestyles. Future flows fluidly over a warm melodic chords, bringing out the soulful sounds he can tap into at any moment. Then, once you think you’ve figured out the vibe of the record, it flips in an instant. A dark bass-line and strong hi-hats come rushing in and then, Nardo has a stand-out moment. His verse exhibits the depths of his sheer rapping ability––with him constantly balancing between being clever and concise in his quick-witted bars. The whole verse is full of quotables, a speciality of Nardo’s, with the crown jewel being “I think I’m a lover boy/ sing to your b**** like El-vis”. In a song with two of music’s biggest names featured, the spotlight shines on Nardo with this neck-snapping bars and intense delivery. Then, to top it all off, Lil Baby hops on the track, bringing with him his unceasing flow and fashionable raps about buying multiple Birkins. “Me or Sum”is a perfect follow-up to the smash hit “Who Want Smoke?” and its subsequent updated version featuring verses from Lil Durk, 21 Savage and G Herbo which has garnered over 90 million streams across platforms and debuted at #17 on the Billboard Hot 100 charts. With “Me or Sum”, Nardo flexes his pure, unabridged artistry and only further solidified his place as hip-hop’s nexts superstar. Now, on the heels of his breakthrough year, Nardo is announcing the 12/3 release date of his highly-anticipated debut album Who is Nardo Wick?.

Ever since connecting for their cult hit “Coochie” in 2019 (32 million video views), true blue Michigan men YN Jay and Louie Ray have been one of rap’s funniest and freshest dynamic duos. Uniting once again to rouse those who try to tune them out, Jay and Louie share “Turn Me Up,” a hyperactive new banger. Produced by Flint-area sound architect YungWayne616, “Turn Me Up” gets its life from bouncing blasts of thudding bass and racing piano arpeggios, adding a sense of urgency to the duo’s tag team verses. Jay delivers animated ad-libs and rhythmic grunts as he hurls taunts towards his opposition and Louie grounds the proceedings with a more conventional flow, but equally colorful bars: “Go and do my dirty work for me, lil stuntman/My n****s ain’t that dirty, that’s your mans,” spits Louie. The new video highlights the brotherly dynamic between the two emcees, as both rappers take to the studio while decked out in blue streetwear.

Buy/Stream “Turn Me Up”: https://smarturl.it/turnmeupynjay

As the massive NYC drill scene continues to expand, BX’s very own B-Lovee has established himself as one of the city’s newest rising talents. Teaming up with Highbridge superstar A Boogie wit Da Hoodie, B-Lovee returns to share “My Everything Remix (Part II)” today via RECORDS/Columbia Records. The track comes following the release of the fan demanded “My Everything” Remix (Part III) featuring GHerbo. Listen to the new song here.

Charlotte’s Jaah SLT haunts the nightmares of the opposition like Freddy Krueger, and like Freddy, he’s able to compose himself and deliver an iconic, comedic one-liner right before he gets you. His music embodies that unpredictable intensity that makes it feel like he could snap at any second. That energy is omnipresent on Jaah’s latest video single, “I Love It,” featuring a high-octane assist from Ohio rapper Jasiah, whose unchained hostility makes him a perfect counterpart—the Jason to Jaah’s Freddy.

The video finds Jaah and Jasiah marauding around a red-lit warehouse, toting flamethrowers and raging out the window of a BMW as the visuals grow more and more distorted to match the track’s wicked, twisted atmosphere.

Buy/Stream “I Love It”: https://smarturl.it/iloveitjaahslt 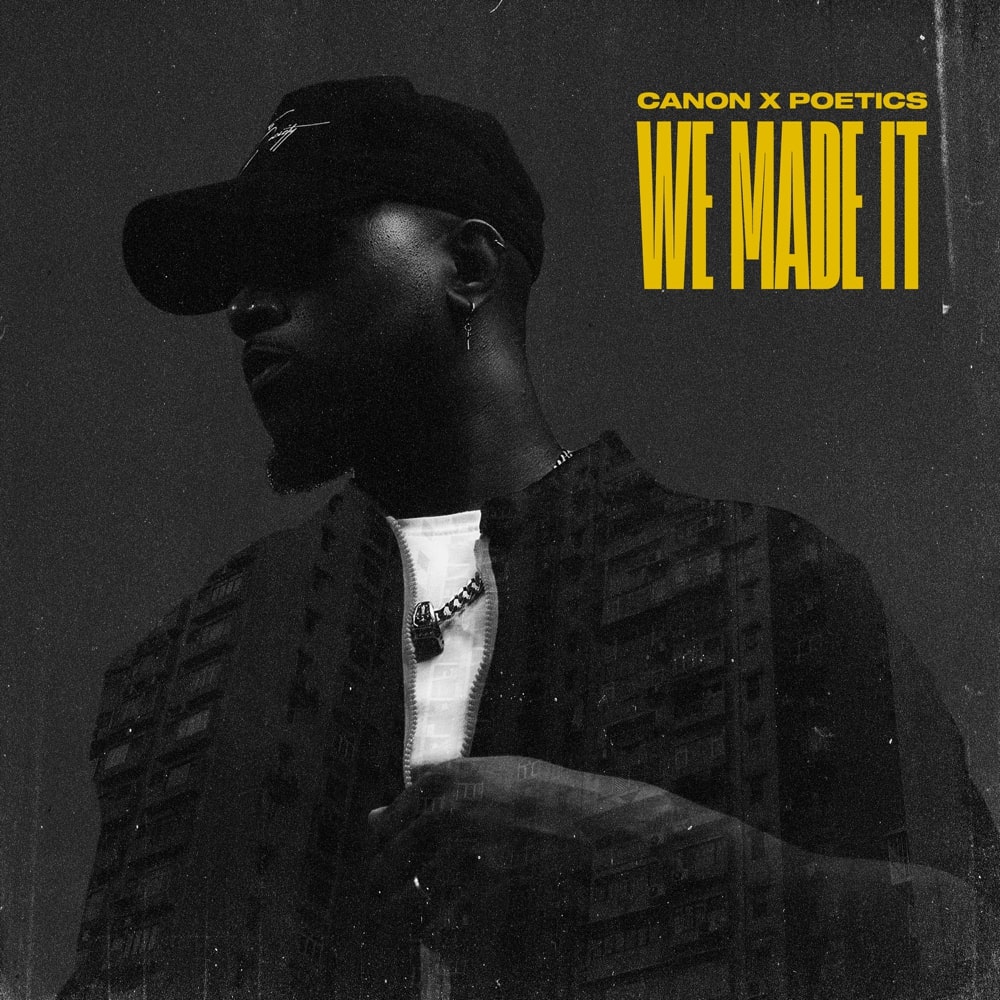 Canon’s newest album is the perfect reflection of the growth that he has seen in himself as an artist. Taking the lessons from his trials and tribulations, Canon has put those
experiences into this project and is sharing with the world what he has learned.

Listen to ‘We Made It‘ in it’s entirety | HERE 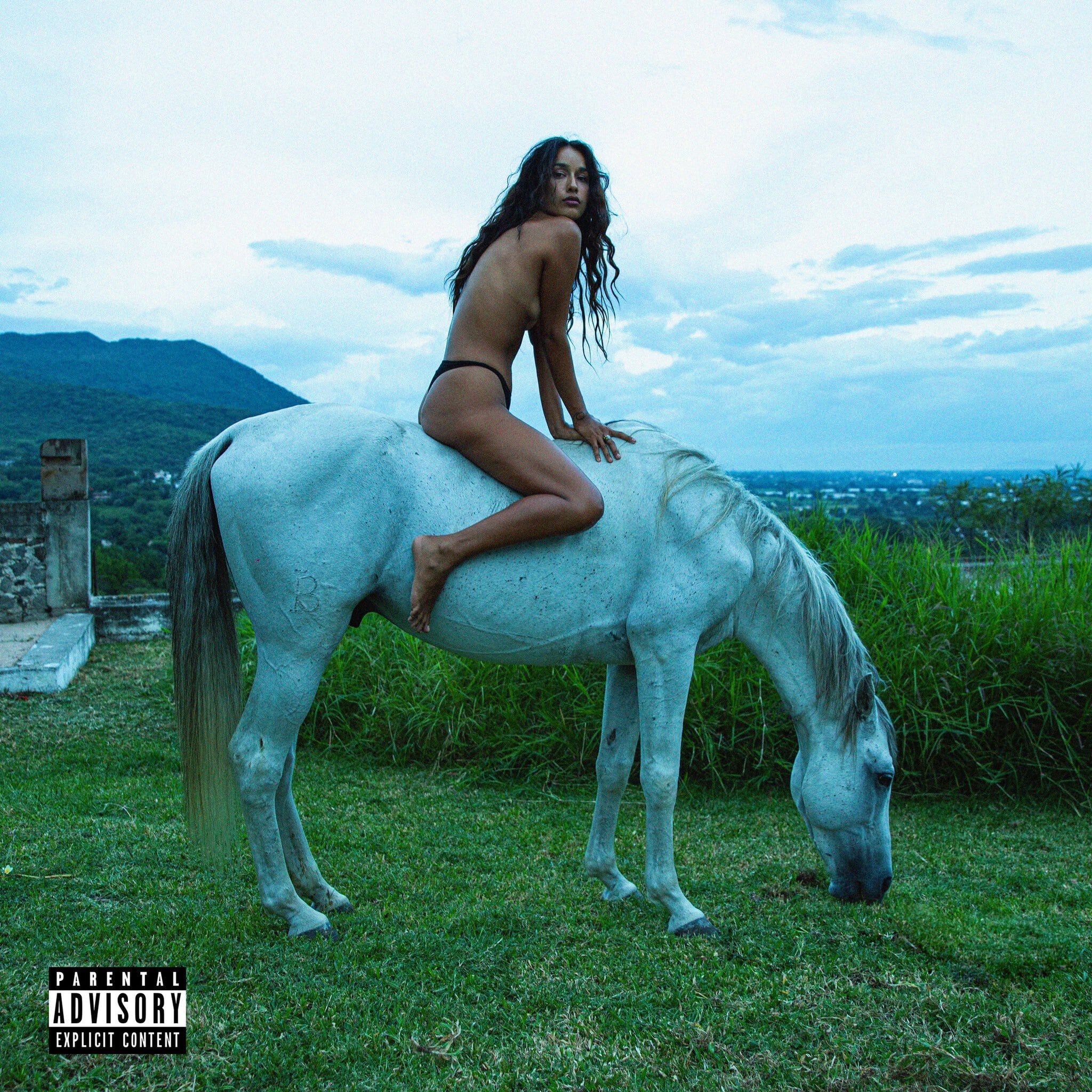 Serving as the final installment in his “GAZI” series, which includes his debut Welcome To Gazi (2016) and On Gaz (2017), ‘FAR FROM GAZ‘ finds A.CHALbaring his soul again in what most would agree is his most vulnerable project yet. Expressing all the emotions he experienced navigating an unequally yoked record deal, the new LP features standouts “Dirty Dancin,” “High Horse,” “TAPPD’N,” and “Nobody Like Me.”

“The reasons I made music changed. I felt like I was chasing something, like I was making music to feed my ego. I had lost control. I was frustrated and the fans kept asking where the music was,” said A.CHAL in a statement to the press.

Born in Lima, Peru as a descendant of the Quechua people, A.CHAL was raised between the cities of Trujillo, Peru and Queens, New York. Because of his multiculturalism, A.CHAL developed a unique sound punctuated with a fusion of indigenous Peruvian sounds, modern trap-soul sonics, and the sounds he consumed growing up on the east coast of the U.S., where he admired icons such as DMX, TheDiplomats, Lil Wayne, and Pharrell.