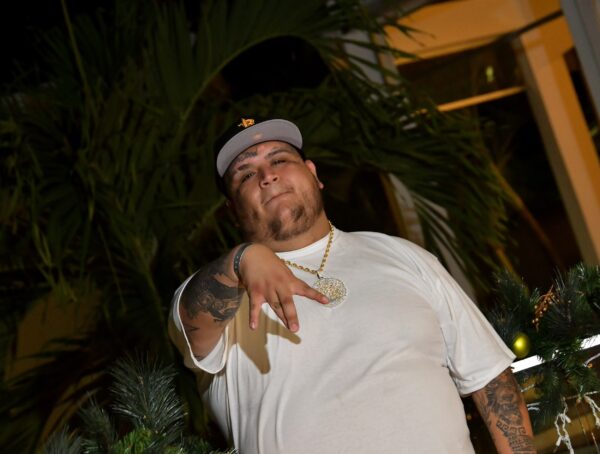 Tapz Money is among the rappers dominating the music industry these days because of his extraordinary talent. On his previous single, “War,” Tapz, Lucky3rd, and Young Tapz shined by keeping it 100%  on the tracks to keep the listeners vibing to the songs.

The Wilmington DE-based artist Tapz Song released a new album “All over the Map” that lets the world know that he’s still that dude in the streets. The album contains 12 solid tracks and comes with a hard-hitting beat. He shared his latest delivering an impressive flow showcasing his personality.

Tapz Money does this effortlessly as he rides and complements the catchy instrumental. His latest album, “All over the Map,” is filled with all the vibes. It is important to keep track of Tapz and his quick progress because he is on the track to becoming an overnight success. 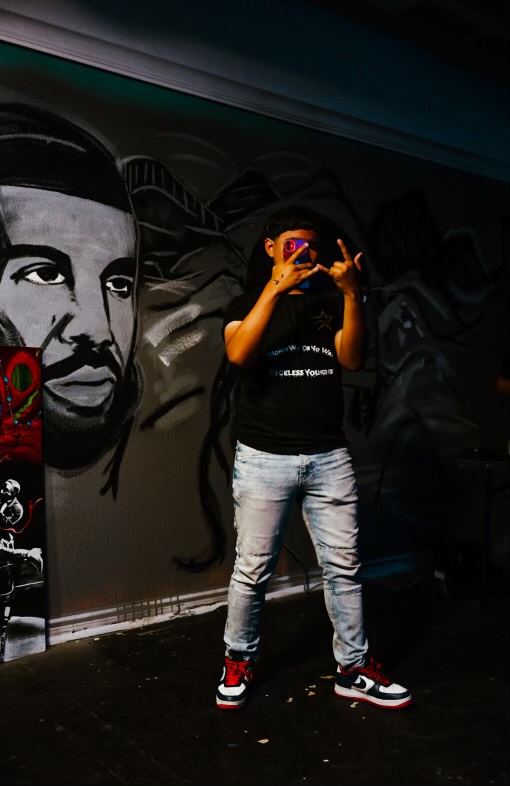 American rapper Lil Tapz is a once-in-a-lifetime talent, born July 26, 2005, in Las Vegas Nevada. Lil Tapz is one of the names you need to know. Growing up in a heavily influenced musical city, helped Lil Tapz jumpstart his career and truly feel like he can make it big one day.

He is widely known for his smash hit, “Big Bandz” which has surpassed thousands of streams across all platforms independently! Lil Tapz has recently released a follow-up album titled, “Up in Space”.

Lil Tapz is back and ready to shake the world, with so much ahead of him it is only a matter of time before he is dancing with the stars. His latest album also features generational rapper KiroX0, Gio Gelato, BigScrew, and many more which has been the biggest collaboration of his thriving career. What’s next from Tapz is something to seriously look forward to. 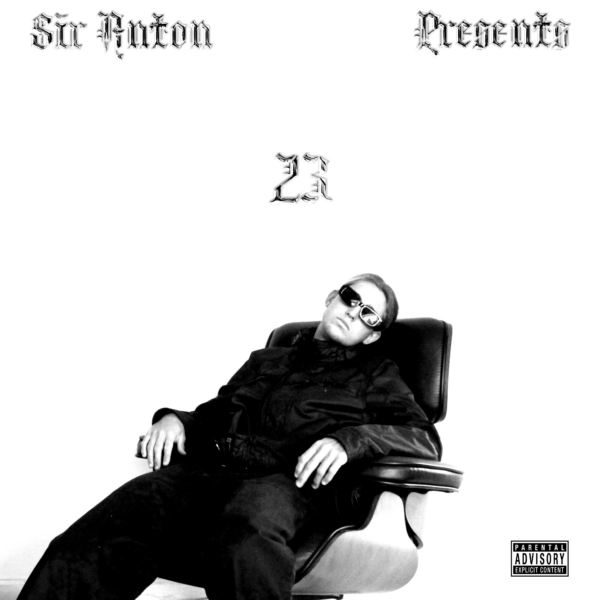 Anton Cornale (aka, Sir Anton), a rising musician and hip hop artist Sir Anton has gained international recognition for his work as an artist. It’s only been recent that anyone has been able to find his music online.

Sir Anton’s role in the music industry usually takes place behind the scenes, however, the creator decided it was time to gain some recognition for his own talents as a musician.

Sir Anton has recently caught fire with his new single ‘New Generation’ from the album ‘23’ which captures an interesting sound of hip hop.

You can listen to Sir Anton here: 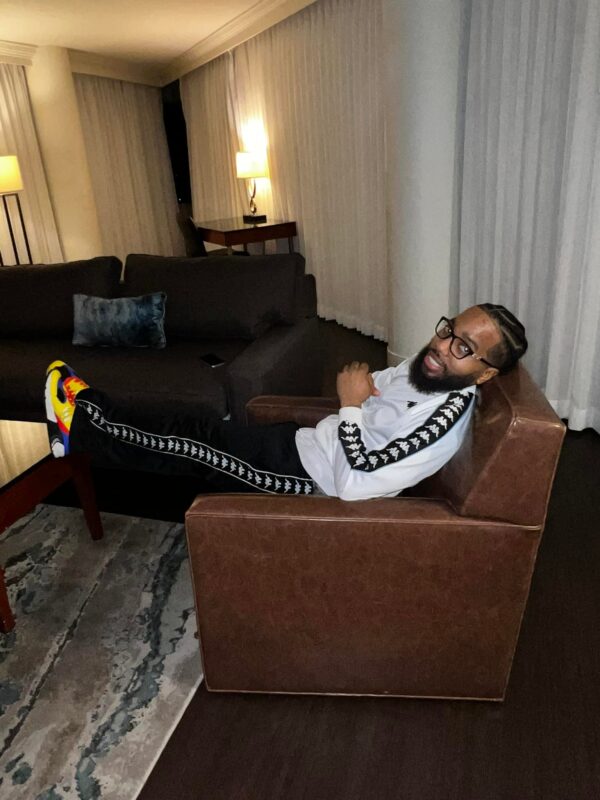 Desmond Chapman — a.k.a DJ DEZ 804 — is a new rapper from Richmond, Virginia. Although he might be a new name in the game, the 30-year-old has already attracted a handful of fans with his breakout music video called “Heater,” released in 2018.

DJ DEZ 804 has built a name in the industry with his musical sounds that he constantly innovates. He has demonstrated that he is gifted in this area. Since he started making music, his song has performed well on streaming platforms. In the future, we may expect more hits like this from him.

Listeners are encouraged to seize every chance in the song “Heater.” The rhythms instill confidence in the listener, making them think they can do anything. This song is for individuals who want to have fun and take chances.

Nazareth-born and raised artist and songwriter Norks is solidifying his name in the music game as he is offering all the styles we love about the genre. Norks has a flexible voice that he often uses to set vibes that are unmatched. He has fun with his sound and listeners can’t help but be locked in. Coming from a Nazareth, Norks has mastered his sound and he is ready to take over and give it all he’s got.

His biggest songs include “Tourist”, “Taking You To The Next Level”, and his first album, “IX・XXVI・MMXX” which made some noise in Nazareth and outside of Nazareth and had some hits like “Nicolas Cage” and more. Utilizing the internet and platforms such as Spotify, Apple Music, and Instagram; Norkshas garnered a decent following and a number of streamed songs. He plans to make big records and proceeds to give the fans songs to play on the radio, beach, at parties & even in a relaxed setting. Be sure to stay on the lookout for Norks’s name as it is bound to be everywhere in the coming years. 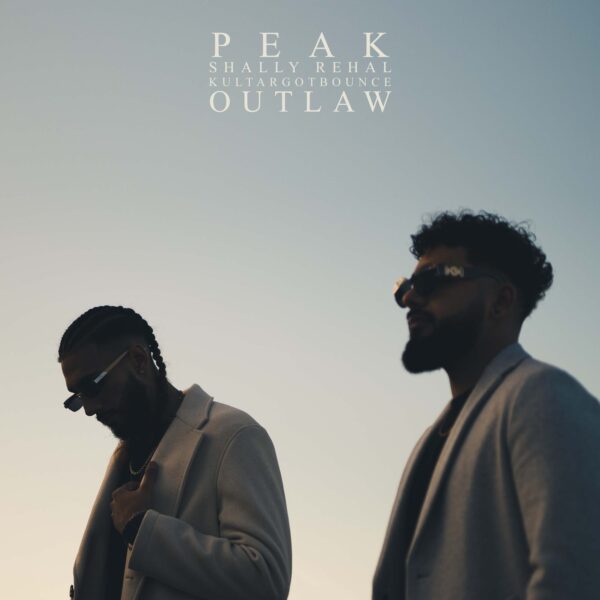 Surrey, Canada artists PEAK, Team up with Shally Rehal, and KULTARGOTBOUNCE for the new single “OUTLAW”, a memorable, atmospheric single that follows up their previous joint effort “NO HOOK”. While this is just their second collaboration as a trio, one would never know it, as the three share an undeniably natural chemistry that translates itself to an immersive, engaging experience for the listener. On “OUTLAW”, they lean upon their individual strengths to create an enticingly cohesive package, with infectious production from KULTARGOTBOUNCE, and vibrant, sharply-crafted vocals from PEAK and Rehal.

This is a track that uniquely combines influences from international music cultures, as two sides of Indian-Canadian music are blended together with an earworm English R&B hook by PEAK and smooth Punjabi vocals on the verses from Rehal. A resonant, versatile track from PEAK, Shally Rehal, and KULTARGOTBOUNCE, “OUTLAW” further proves that they are rising artists to keep a close eye on coming out of Canada. 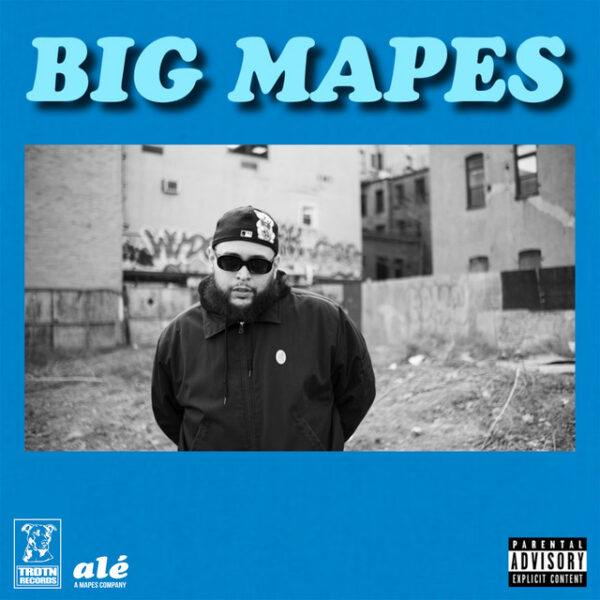 Bronx rising act Ricky Mapes has shared a sizzling record “Big Mapes.” Ricky is a gifted storyteller with an uncanny ability to weave together vivid verses about life experiences, whose passion for music and his tireless work ethic shines through across his discography.

Gripping the listener as he delivers technically adept, richly personal verses atop soulful instrumentation, Mapes has been steadily building a name for himself as a new voice coming out from New York. Following up the well-received tracks like “Gingerbread” and “Speakeasy,” his latest song “Big Mapes” produced by Cuffedgod, is another engaging addition to his ever-growing discography. Featuring warm, laid-back, production, and charismatic rhymes, this song creates the perfect soundtrack for reflecting upon one’s journey in life.

Ricky Mapes is effortless yet commanding delivery and Cuffedgod’s glowing production fit together naturally, presenting a cohesive whole package that is relatable and refreshing. Download and stream “Big Mapes” on Apple Music and Spotify. 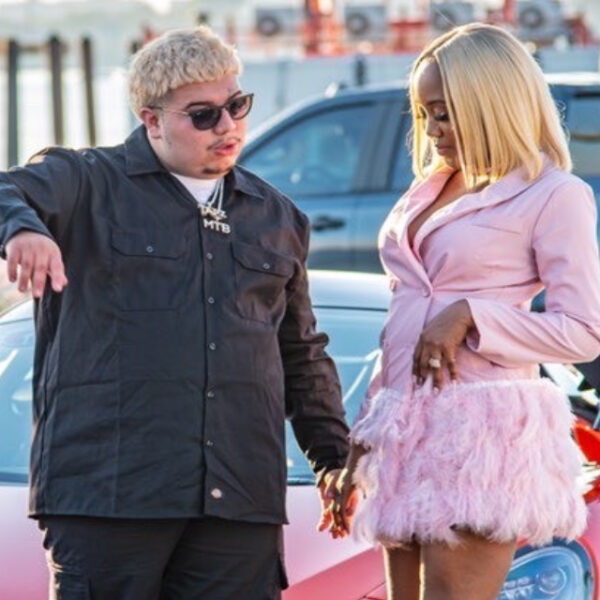 Young Tapz needs no introduction when it comes to hip-hop. He is a singer and songwriter raised in Wilmington DE, a small city with a lot of musical influence while coming from Philly, LA, and Texas. He just teamed up with Texas popular rapper, Lucky3rd for the release of a new single called “Palm Angels”. Young Tapz’s artistry is a perfect match with Lucky3rd’s forward-thinking production chops, allowing the sound to fall somewhere in between the modern scene and the golden age of the genre, in terms of sonic ideas.

Young Tapz and Lucky3rd made an anthem for everyone to vibe with. The single “Palm Angels” sets the ultimate tone for us to enjoy, with a nice chill vibe that resonates and makes you slow to enjoy the magic of the sound. The rhyming is perfect for it as they bring an ultra-smooth flow that shines in its cool, that brings the concept to life with the pens painting the ultimate picture to make it that much more real for everyone to enjoy.

Young Tapz and Lucky3rd “Palm Angels” is that high-class music that takes you back to the days of throwing your headphones and letting your mind run free to the sounds. It all vibes to the fullest and gives you a record that feels just as good as it sounds, with it getting better every second it goes to keep us invested in the artistry that is in full bloom. 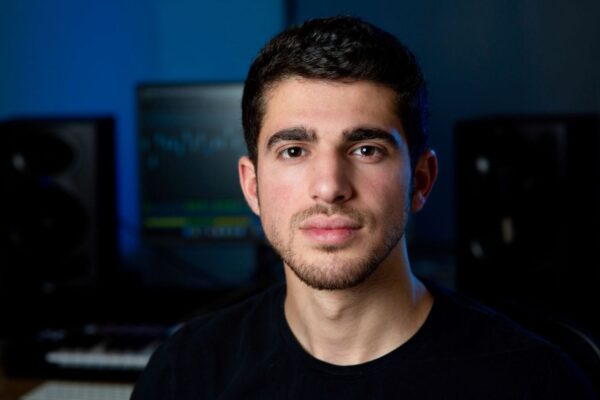 Emerging Composer Itay Amram whose music got to millions of people across the world recently released his new single titled “Boundary Waters”. The single, “Boundary Waters”, captures the survival journey of Flutter Brothers Productions in the majestic Boundary Waters Canoe Area Wilderness, Minnesota. On their journey, the crew took the challenge of hunting, harvesting, cooking, and sleeping in the wild nature, while commuting by canoes and foot in a scenic environment. In his score, Itay captured the breath-taking experiences, that include a mixture of fear, tiredness, revival, and beauty.

Itay Amram is known for his unique signature sound pallets that fill with life the world of each of his media projects, made of expressive organic sounds across different genres. In his upcoming feature film “Like Me” (acquired by the international sales agency, The Open Reel), Itay demonstrated his versatile approach by combining techno, EDM, hip-hop, orchestral, rock, and suspense music in one solid full-length score. Another example is his score for the PC and VR video game “Frontiers Reach” (available on Steam), in which he combined American folk and blues with space-electronic music. He’s a young, vibrant, and a massive influence on those on his social media.

Nowadays, it’s very rare to come across artists who pack worthy content and have a plan to change the game. Talents like Itay Amram have an inborn capacity to unite people by intentionally fusing soul-searching themes that many find familiar in his music. Itay Amram’s devotion to his faith, family, and work ethic have been a staple in growing his audience–and the fact that he never expects much in return is a virtue many recognize. Look for Itay Amram to become a name in the industry before you know it and stay up to date with his release, so you don’t miss out on any future news. 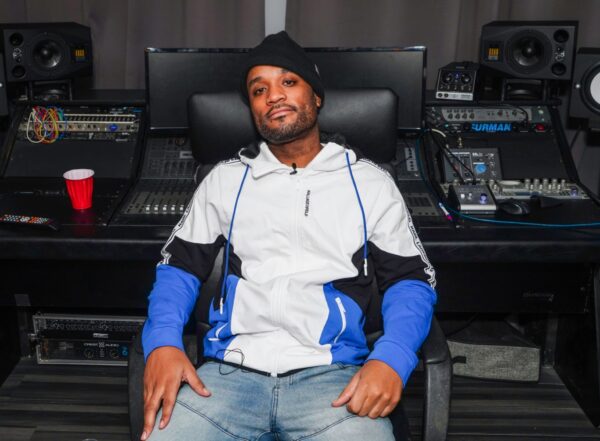 Deme D is an Entrepreneur and Founder of DagogetaTv a famous YouTube channel that promotes Good music. His passion for Hip-Hop has pushed him to start a platform that brings opportunities to artists and in turn, make his impact in the industry. The main content on his youtube channel is around Hip Hop original content as he has a big passion for it.

DagogetaTv’s platform is to service music lovers and Hip Hop heads alike. Regularly putting out content with some of your favorite Mcs, Vinyl collectors artists on the rise, etc… Also providing daily forums & indie artist promotions. Deme D has taken it upon himself to provide aspiring artists with the exposure that they need in order to get into the game. Deme D understands the value of the new generation in keeping the culture alive, his love for hip-hop is unparalleled as he continues to serve the scene with his limitless creativity and knowledge of the art.

Deme D has tried out a variety of different techniques for recording videos to make sure his content is up to high quality. He has a strict schedule where he posts videos. His Youtube content is unique as he posts videos that he has a passion for so the quality would be amazing and great to watch. His suggestion for new content creators and musical artists is to work hard.

If you have the desire to achieve something then you will definitely succeed. Deme D is a normal boy. But now he is known by too many people just for his hard work and passion.