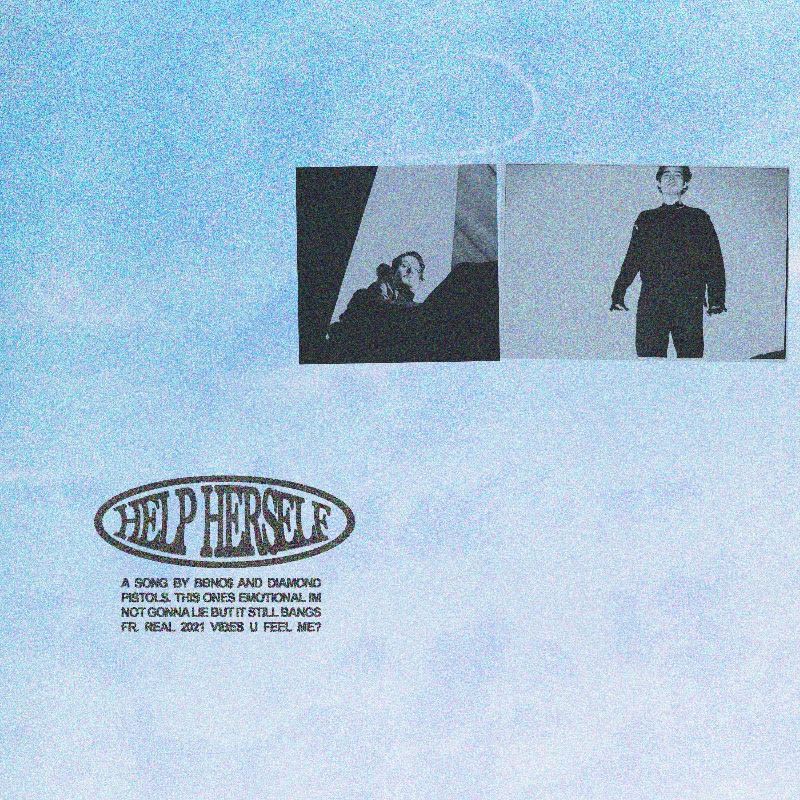 Known for his lyrical wit, independent hustle, and striking music videos, bbno$ has taught his massive fanbase to expect the unexpected. Teaming up with Diamond Pistols for his latest curveball, the usually-sardonic emcee opened up his heart for “Help Herself,” his tender new single. Today, bbno$ shares the video for “Help Herself,” which adds a dose of his quirky charm without taking away from the vulnerable lyrics.

Directed by Shiraz and inspired by the iconic Christopher Walken-starring video for Fatboy Slim’s “Weapon Of Choice”, the video finds the rapper dancing in scenic locations around his hometown of Vancouver, from an abandoned basketball court, to an industrial park, to a suburban street. The video gives the “no moneyed” rapper an opportunity to show off his supernatural thrift store skills in a series of colorfully snazzy outfits as he bops to Diamond Pistols’ insistent acoustic guitars and propulsive percussion.