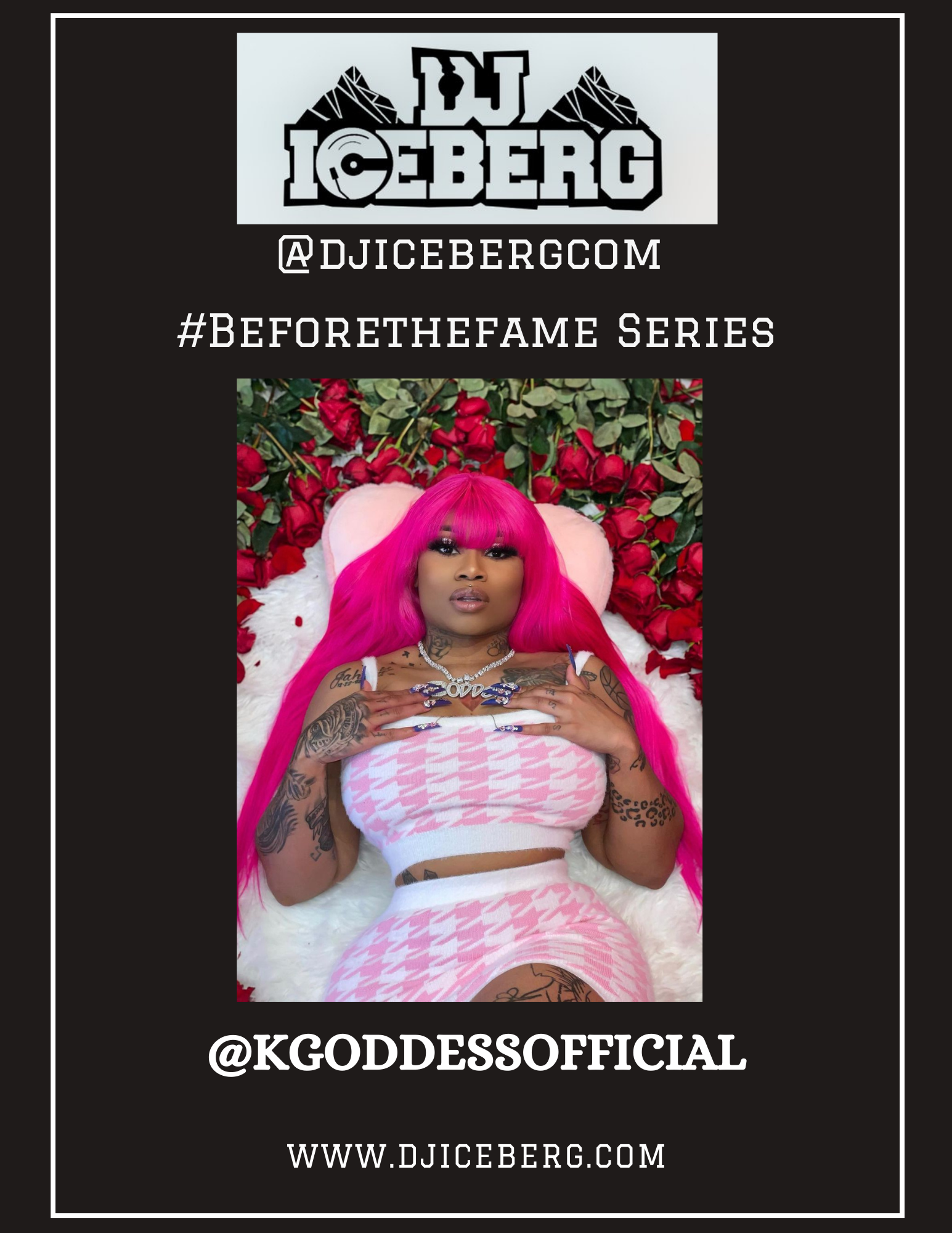 Brooklyn rising female rapper K Goddess stops by #BEFORETHEFAME, to talk about her single and video, “Jackie Robinson,” being under rated in the music industry as a female, discuss her trip in Atlanta and more!

East Coast Drill Queen, K Goddess is an emerging breakout fem-cee from Brownsville Brooklyn who is ready to take her crown as the leading female rapper in the game with new visuals for single “Jackie Rob”. Hailing from Brownsville Brooklyn, K Goddess is no stranger to grinding from the mud, as K independently pushes the envelope and lets her grind speak through her music and visuals.

Presently, she has released a new record called “Jackie Rob” and has rapid success as she expresses that she’s hitting home runs like some of the heavyweights in the rap game. Especially the men.

The inspiration for the hit entitled Jackie Rob was to commemorate the late great Jackie Robinson for his birthday January 31st. Jackie Robinson was successful and impactful despite all odds. Being black in a white dominated sport caused him to perform above and beyond demanding his place in history. K Goddess relates to this on a major level being a black female from the hood with little to no resources. K Goddess is an overachiever that will let nothing stop her from solidifying her legacy like Jackie Rob. The Jackie Rob Video will be released January 31st, in celebration of the baseball legends birthday with an open invitation to all media and press. This Kyduh produced viral worthy record was shot by Goddy Woddy and was set in Central Park Baseball Field, Dumbo and riding down the The Jackie Robinson Expressway. This video is to pay homage to the culture that inspired her from the start and to champion the relentless Jackie Robinson just in time for black History month.