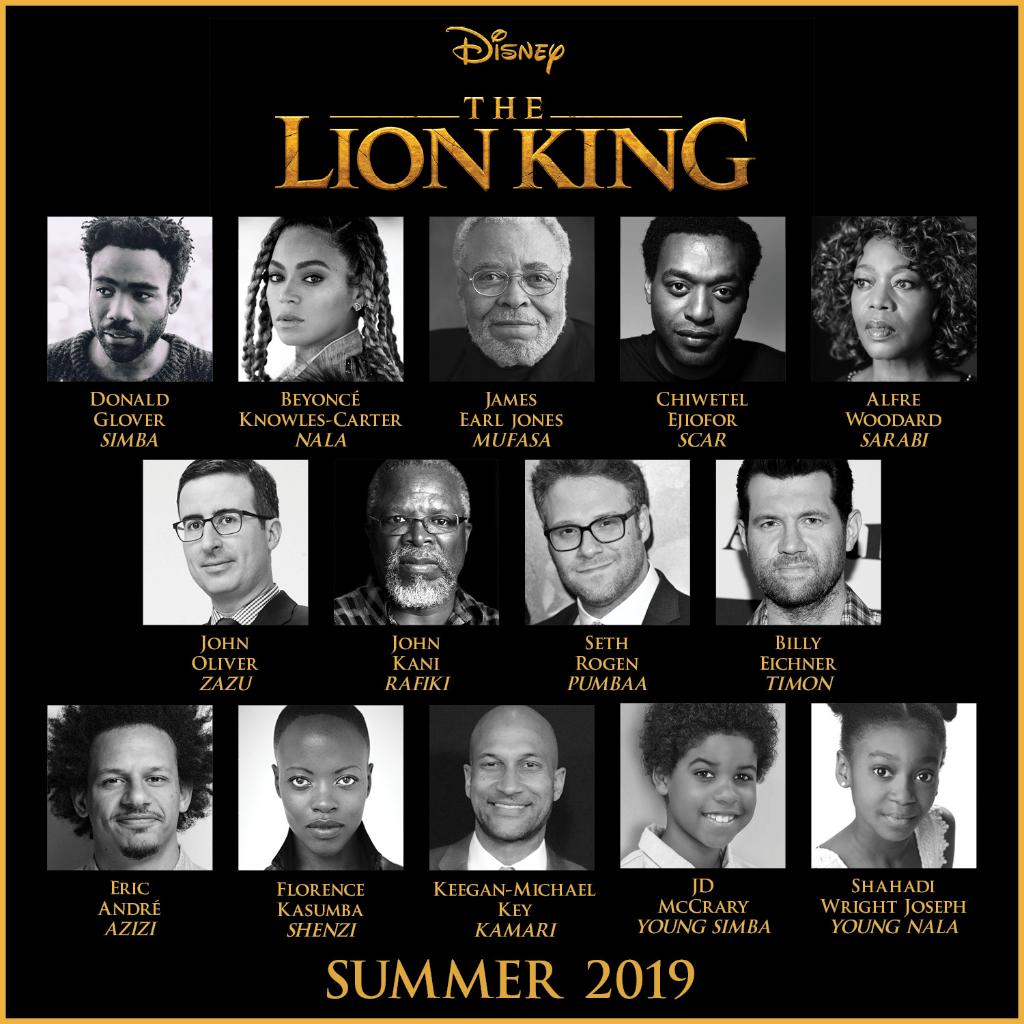 Disney has announced the full cast for the upcoming Lion King movie, a live-action remake of the 1994 animated film.

To start off the list Beyoncé starring as Nala and Donald Glover as Simba. Elsewhere, James Earl Jones reprises his role as Mufasa, with the likes of John Oliver, Seth Rogen, Eric Andre, Chiwetel Ejiofor and Alfre Woodard also set to star in the movie. Jon Favreau, the man behind 2016’s Jungle Book remake, is directing it, and is set for release in 2019.