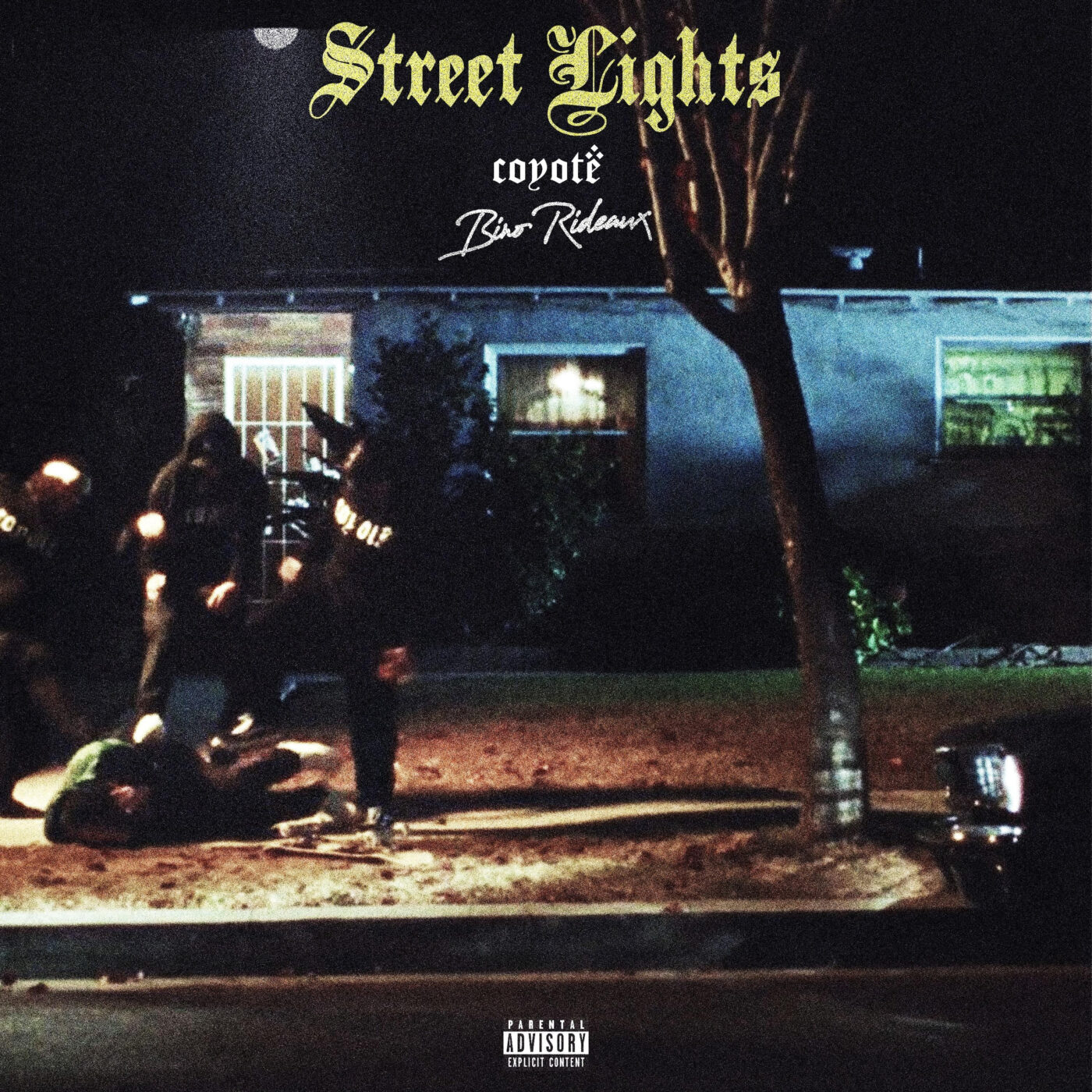 Los Angeles rap duo Coyote is kicking off the new year by displaying their versatility on their new single “Street Lights”. The new single features fellow budding LA rap star Bino Rideaux who coalesces with their somber melodic street vibe on this record with lyrics like “dead homies in my photos, I love the streets, but the streets took bro though”. As opposed to their usual ferociously lyrical uptempo crowd rocking ready joints, the duo affectionately known as the ‘yotes took a much different approach, harmonizing about the streets as they croon “the homies that be trapping be trapped ’cause there’s no escape”.

Having already set the groundwork by touring the world with West Coast legend The Game over the past 3 years, as well as performing at major festival Once Upon a Time In LA, while releasing videos such as “Hoodrat”, “Yea Yea” featuring Blueface, the deuces are truly wild as the two are set to have a huge 2022.