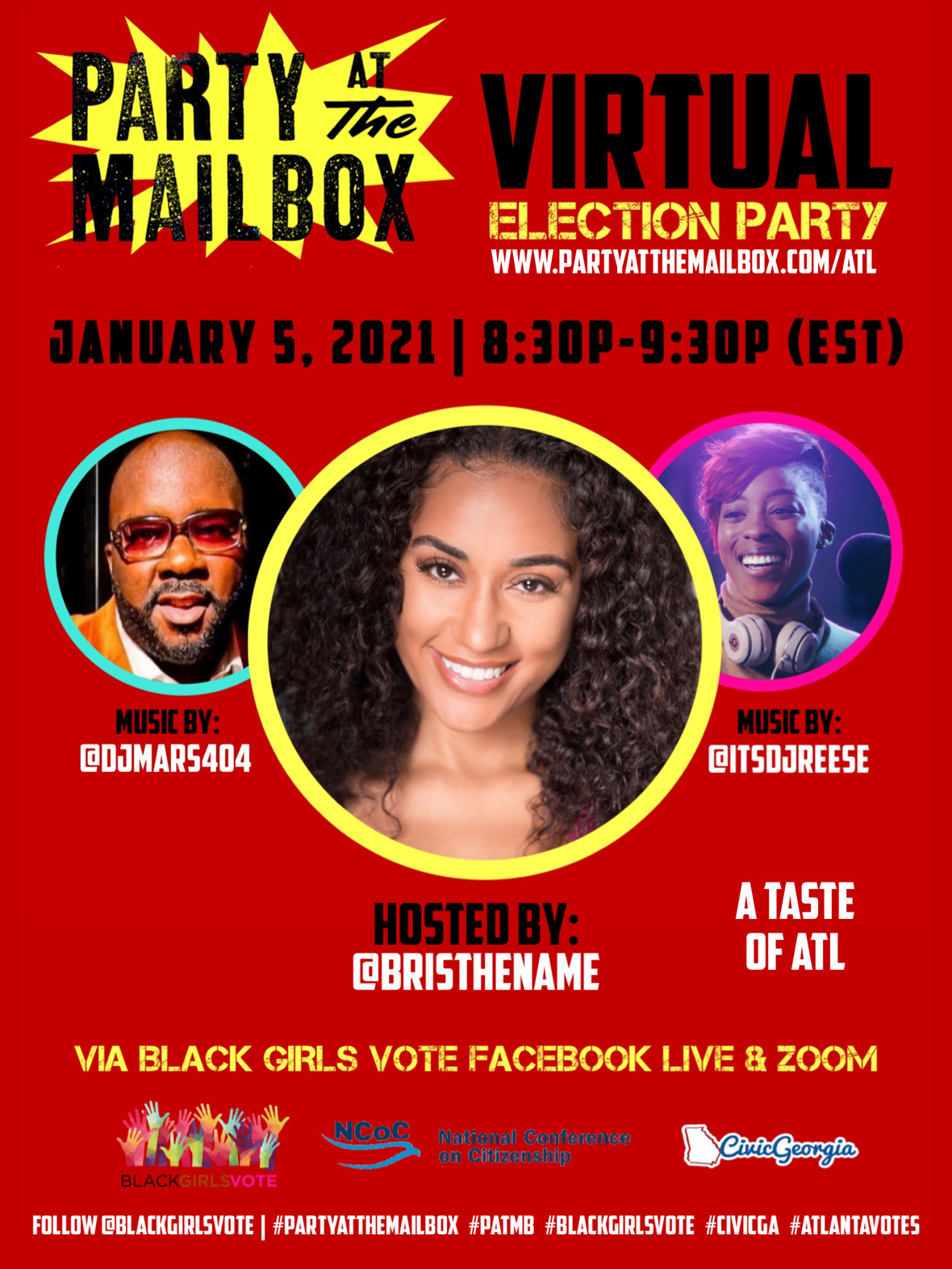 Voter education campaign, Party at the Mailbox, has announced their ATL edition of the Virtual Election Party. Taking place on Facebook Live, Atlanta residents, supporters and voters can all share in the excitement of voting for the Georgia runoffs. Hosted by Bri Renee of Atlanta’s Streetz 94.5 FM with sounds provided by ATL legend DJ Mars and DJ Reese, party attendees will have the chance to win prizes, meet new voting enthusiasts and hear classic ATL sounds!

Launched in Baltimore earlier this year to help fill the gap left by the pandemic’s shutdown of traditional in-person GOTV efforts, Party at the Mailbox is a non-partisan voter education and voter activation campaign created to help celebrate democracy, build community and ensure voters are informed how to cast their ballot in the 2020 elections. Atlanta became the fourth city to participate in the campaign as all eyes are on Georgia for the Senate special election. Philadelphia, Detroit and Baltimore have also participated in the community driven initiative during the presidential race.

Party at the Mailbox has partnered with local community organizations including Muslimahs Endure, Emerging 100 of Atlanta, TRU Foundation, NOLIJ Foundation and more as well as receiving support from celebrities such as Porsha Williams from the Real Housewives of Atlanta franchise and Christine Adams from The Black Lighting tv series, on this initiative to expand voter participation and turnout.

Join in the fun at 8:30PM EST on Facebook.com/blackgirlsvote, or watch the party on Vimeo or YouTube!