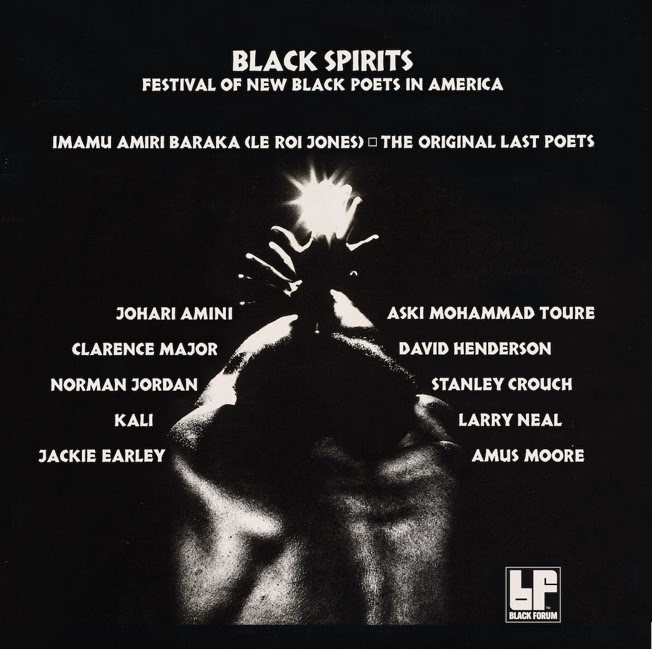 On Black Spirits Festival Of New Black Poets In America, Imamu Amiri Baraka provides introductory comments and closes the album with “A History Poem.” The famed author, who taught at several universities, co-founded the Black Arts Movement of the 1960s. The Original Last Poets were a group of poets and musicians that formed in East Harlem in 1968 on Malcolm X’s birthday, May 19. They had a significant impact on popular culture that lived on in the work of subsequent lineups, known as The Last Poets. In addition to his poetry and novels, Stanley Crouch was known for his jazz and cultural criticism. He served as an artistic consultant for Jazz at Lincoln Center and appeared in several Ken Burns’ documentaries, including Jazz and Unforgivable Blackness: The Rise and Fall of Jack Johnson.