BMG’s Boasty Featuring Wiley, Idris Elba, Sean Paul, And Stefflon Don Invades The Us After Being Certified Silver In The UK 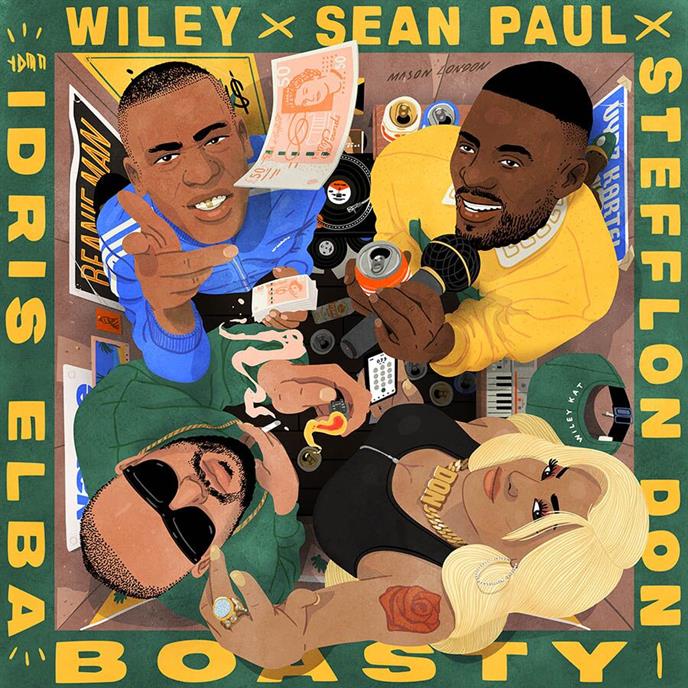 BMG is pleased to announce its remix of the hit single, “Boasty,” featuring Wiley, Sean Paul, Stefflon Don, and People magazine’s “Sexiest Man Alive,” Idris Elba is making noise in the US after receiving a silver certification in the UK with over 68 million streamsacross all DSP’s and over 50 million views on YouTube.  In the US alone, “Boasty,” has seen over 19 Million streams, growing over at one million streams per week since its impact.

“Boasty,” just as it’s titled, is an undeniable hit where each artist brings braggadocio lyrical heat to the track boasting about how they are the best over an upbeat dancehall/hip hop beat.

On a recent clip by Revolt, Idris Elba explains the word best, “You’re feeling boasty when you’ve just had a fresh haircut.  Coming out and it’s that first walk, coming out toasty, yeah.. Just feeling boasty about yourself.”  Watch the video here: https://revolt.tv/videos/idris-elba-opens-boasty-single-fun-music-video-00158b32

Hotnewhiphop chimes in saying, “I liked this idea of the artists all competing for lyrical screen-space with them crumpling, folding, or stomping on each other to bring us from one to the next. It had a kinda vibe of bigupmanship and a visual riff on who’s the boasty-iest… to say it was a shoot to remember would be a bit of an understatement. What a killer quartet of awesome artists.