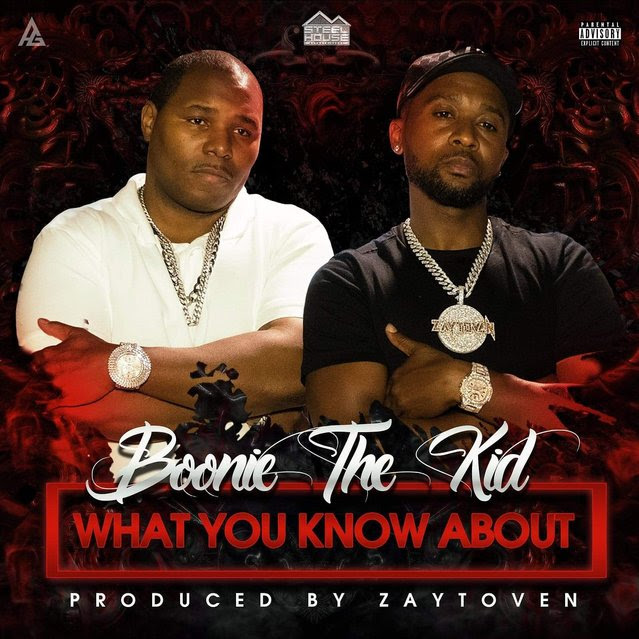 Pittsburgh rapper and Steelhouse Entertainment C.E.O., Boonie The
Kid, returns with a new hit single, “What You Know About”, produced by super producer Zaytoven.

Boonie and Zaytoven met up at the legendary producer, Cory Mo’s MAD Studios ATL located in Downtown Atlanta and got to work. Boonie was able to identify the track and immediately began working on the hook as Zaytoven assisted in bringing out the feeling and direction of the record.

Boonie then returned to Pittsburgh and put the final touches on the record. He then enlisted the talents of the highly decorated engineer, E. Dan of ID Labs Music for the final mix.

Boonie rose to stardom after the release of his last single, Blue Diamond Girl which afforded him the opportunity to peak at 5 on the Indy Hitmakers Chart along with touring the Midwest on the Big Heff Industry’s Most Wanted Tour.

He was interviewed on numerous stations throughout the midwest and was featured on Thisis50 and Jack Thriller’s Party & Bullsh.. Show. The Artist and Steelhouse Entertainment Label owner released his new single through his strategic partnership with Grind Mode Music Worldwide and WhoMag Distribution/Sony Orchard.