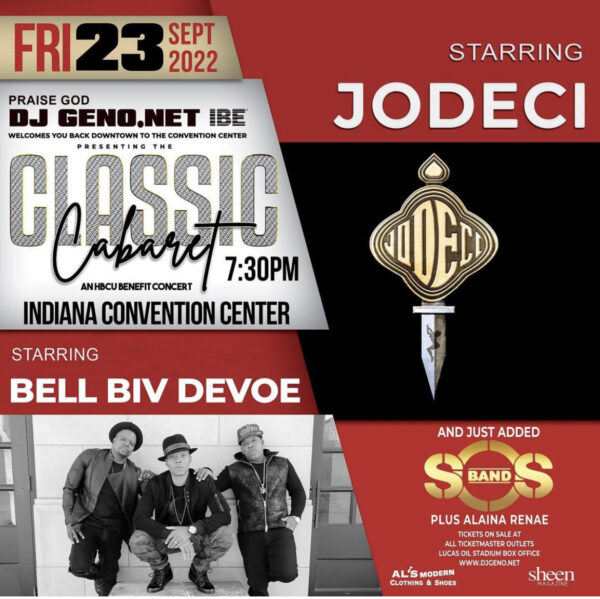 Unless you have been living on another planet, you already know “Historically Black Colleges and Universities” (HBCU) students, alumni, their families, and friends look forward to the annual “Homecomings” or “Battle of the Band” competitions nationally.  You may not know that these mega-events have gotten bigger and better each year while providing the ultimate experience that embodies “Black Excellence” by amplifying the visibility of HBCU marching bands. In addition, many times overlooked is that a lot of the profits help support surrounding communities. That is why the  Circle City Classic in Indianapolis, IN, is a highly anticipated event and heavily community-supported.

This history-making weekend will conclude with the “Classic Weekend Music Conference” at Bar 79, 7834 Michigan Road, Indianapolis, IN, 46268.  This 1-Day seminar will examine the entertainment industry from the “inside out” via fireside chats.  Entertainment executives will offer solutions using “Old Skool Tools with New School Rules,” giving attendees unparalleled access to panelists from various backgrounds in media and radio, as well as music producers and artist managers.  This event will be hosted by Multi-Grammy-Award winning Sid “Uncle Jamz” Johnson” from 2:00 pm – 6:00 pm Sunday, September 25 (there will be special music performances).

Tickets are available now through Ticketmaster at www.ticketmaster.com. For more information, visit www.DjGeno.net. 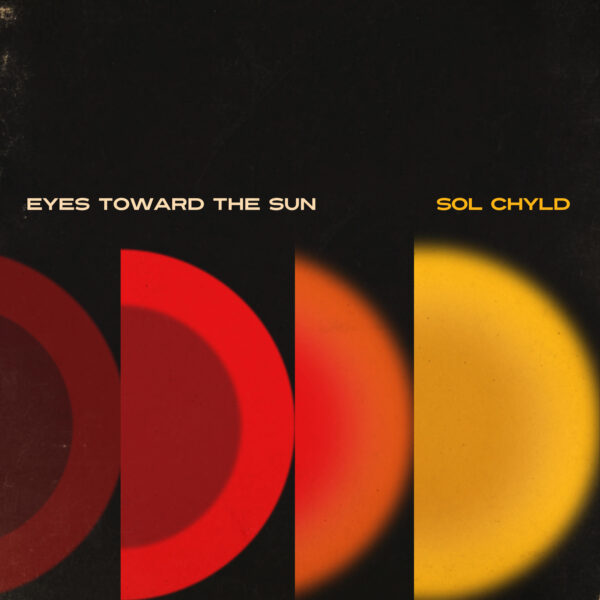 Since the release of her well-received debut project, “For The Sol” in 2019, Camden, NJ-based recording artist Sol ChYld has begun to amass an East Coast fanbase, wooing crowds with her charismatic stage presence and heartfelt lyricism.

Known for touching topics such as drug abuse, dropping out of school, love, and her experiences as an adolescent growing up in the gritty streets of Camden, Sol ChYld proves to be wise beyond her years in previously released tracks like “Hood Knowledge.”

Today, Sol ChYld returns to drop off her latest body of work, “Eyes Towards The Sun.” A captivating 9-track project, “ETTS” is a feel-good audible journey from start to finish. Features on the project include EndaStory, Cianni Abri, Jonny Cliffe, Arnetta Johnson, and appropriately, Camden rap heavyweight Mir Fontane.

“What inspired “Eyes Towards The Sun ”, is my love/hate relationship with escapism. Being able to transport to another realm with daydreaming, music or simply creating. With this album, the intention is to provide the perceiver with that escape and kind of welcome them into my mind,” Sol ChYld shares with us.

Listen to Sol ChYld’s “Eyes Towards The Sun” below and be sure to follow her on Instagram here. 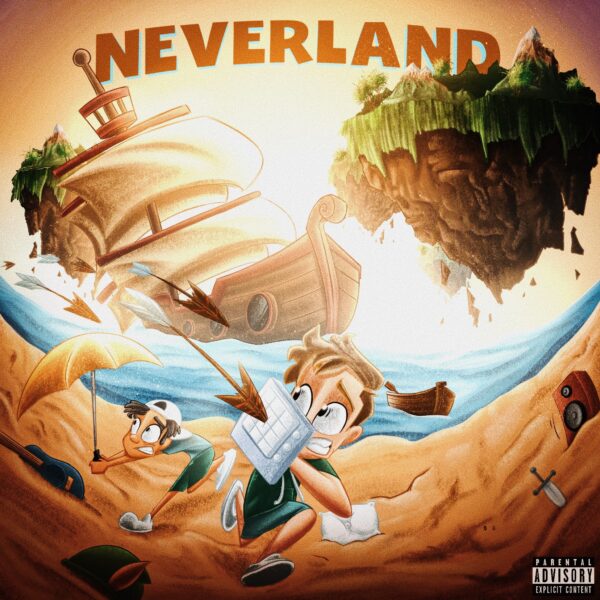 Rising Wisconsin group Trust’N & Bkwds takes us on a magical journey to the well-known Neverland in the release of their new project. The five-song project combines different elements of Hip-Hop, Pop, and R&B, the artists showcase their versatility from beginning to end. And with the combination of elements with talented producers, like Milian Beats, Era Lake, and NextLane Beats. Over the crafty beats and blends, the duo address touches the topics of humble beginnings, heartbreak, and the lavish lifestyle their hard work has afforded them.

“Neverland is important because it brings a unique, self-crafted sound while still delivering musical elements as well as songwriting that meet the industry standard. After working on the project for two years, we are finally ready to share our art with the world. The EP is full of both happy and sad moments, capturing some of the emotions we felt during the pandemic. Coming from where we are from we never get the proper respect for what we’re doing because it’s never been a place for Hip-Hop artists to thrive.”

Entering music in Trust’N & Bkwds, the duo has always bet against the odds coming from an industry-less midwest city. Madison, Wisconsin has had a rough past with promoting hip-hop events, generally frowning upon organized Hip-Hop performances in the city. The latest EP follows the duo’s 2019 chart-topping EP, Lapse

Feel free to check out #Neverland below. 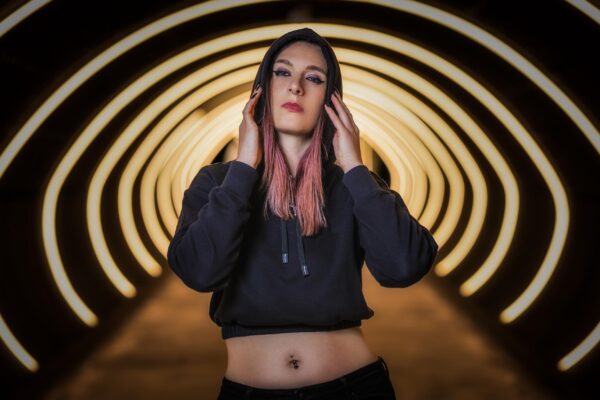 Finding yourself through the process of pursuing a passion combined with enjoying life to the fullest while overcoming big hurdles eventually leads to one’s true inner self and that journey is what 2DaCore is all about.

She went on to train her voice (classical, soul, rock, extreme vocals and rap) with various coaches and professionals who passed on that sense of the mission and work ethic that every young artist needs learn in order to start their career. Hard as it may be, she managed to gain a Master’s degree in Pharmaceutical Sciences and passed the federal exam as a pharmacist while raising a son as a single Mom.

Fighting to exist with no support, she proved all her detractors wrong. She chose to focus more and more on singing and writing her lyrics and has consistently improved her skills. The spectrum of her songs cover taboo topics, heart wrenching life situations which touch you deeply together with her party songs that make you forget the world around you.

Today we receive 2DaCore’s latest release in the form of “Yes Sir.” Stream the song below and be sure to follow her on Instagram here. 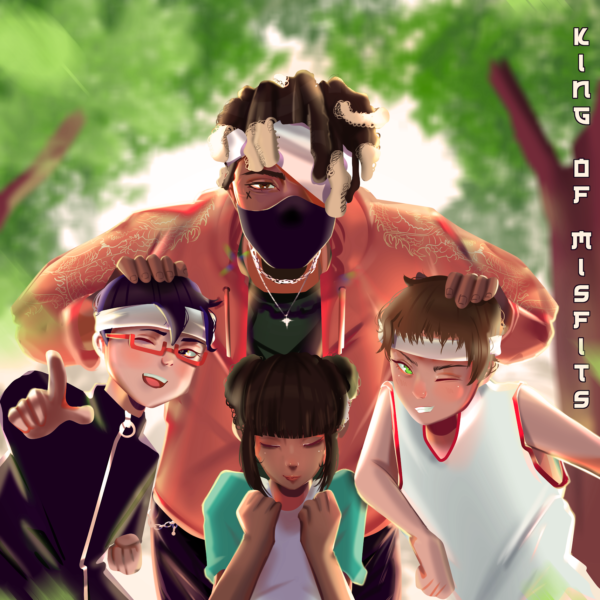 The Newest Kid on the Block might be making a name for himself out there in Portland. With only booking a handful of shows so far he has been able to break out a hit **MAGIC**  which is slated for his debut project King Of Misfits. Synpai, pronounced [sin-pi], was born In Baton Rouge, LA, and has been heating up since his recent move to Portland.

Today we receive his “No Mistakes” music video and his 7-track body of work.

From the Anime Clipwork glittered amongst his discography and a fiery delivery that takes you into a world of **MAGIC** ( no pun intended).

Earlier this summer, Chicago wordsmith Lupe Fiasco dropped off his 8th studio album, DRILL MUSIC IN ZION. Now prepping his syllabus for his rap course at MIT, Lupe still found the time to lend his talents to the new 1st & 15th compilation EP Chill’s Spotlight 3, with “The Pen and the Needlz” and “Ohh Oh,” two songs from his vast archive. The two unearthed tracks hail from Lupe’s 2005 mixtape Fahrenheit 1/15, and provide an example of how he, even at the young age of 23, was already proving himself as a force to be reckoned with when it came to wordplay. In further throwback news, Lupe’s sophomore album, The Cool, just celebrated its 15th birthday this year, and officially received Platinum certification from the RIAA. He’s been performing the album in full in a string of tour dates, and still has a couple dates left in SF on 9/30 and LA on 10/1. 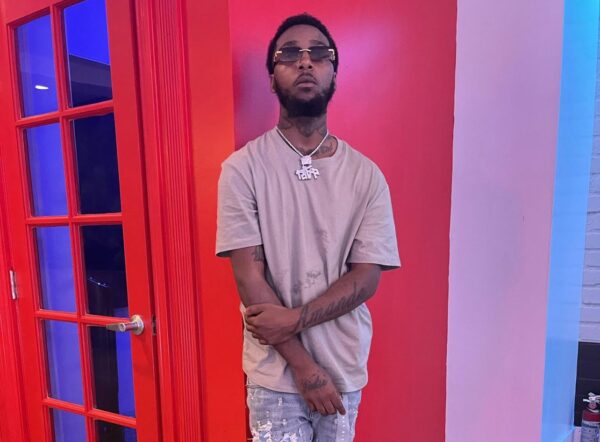 Up-and-coming Hip-Hop/R&B artist Nochildhood is working on something new for his fans. Fresh off his last music video release he announced that his EP “The Decision Is Yours” EP is currently in the works. If this EP is anything like his previous projects expect it to be nothing short of greatness. Hopefully, it comes with some great visuals as well. Nochilhood teased the EP on Instagram which got all of his fans excited for the release. The rapper posted a picture of what appears to be the cover art for the project. The caption mentions a potential release date for the EP to come sometime this month in September. With a dope title and cover that goes hard, fans are eager for the release of “The Decision Is Yours.”

Be sure to follow his Instagram @nochildhood__ for updates about the EP. When the EP is released be sure to listen to it on Spotify. 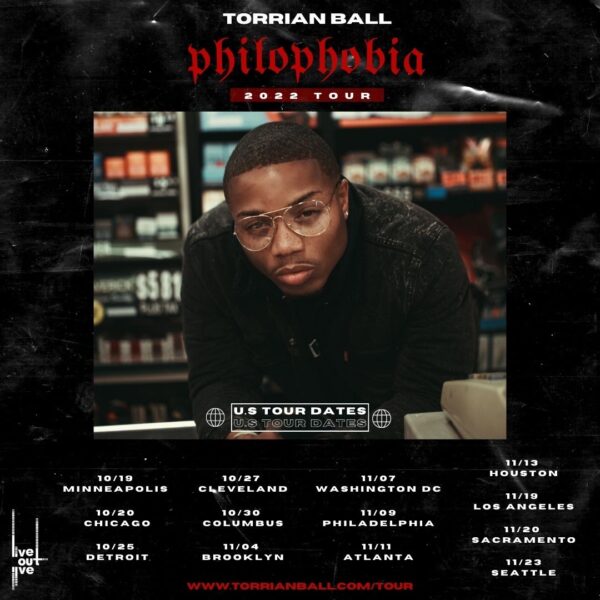 Following a buzzing campaign that delivered new music videos in “Peace of Mind,” “Quad Cities,” and “Numb,” rising star Torrian Ball drops his new album, Philophobia. Available now on all platforms via Vibe Dealers LLC, Ball’s latest project is 15 tracks that dive deep into the new star, sharing vulnerability, strength, and pride about who he is and where he comes from. It’s his best work yet.

Torrian Ball on the new album:

“Philophobia is the fear of falling or being in love. This project touches on how messed up the state of relationships are and how the trauma from our past can ruin them. This album is the therapy session the world desperately needs!”

Ball’s latest work is the perfect origin point for newfound fans of the popular new artist. The project also comes out on the heels of Torrian’s new Live Out L!ve tour, for which tickets are available now for a city near you. Click here for more information.

Listen to the full album now, and afterward, you may follow Torrian Ball on social media for daily updates and more. 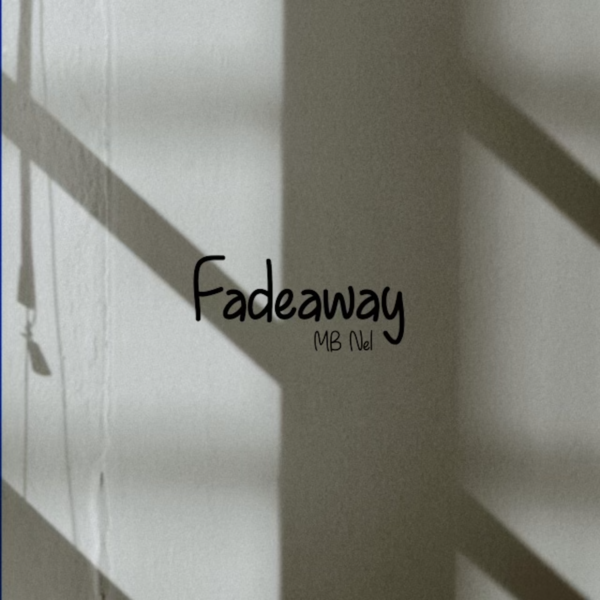 MBNel strives to make music that strikes a deep chord within listeners, rhyming about his trauma and everyday struggle in the hopes that his songs find an audience that needs his message. During Suicide Prevention Month, MBNel shares “Fadeaway,” a powerful ballad dedicated to a fan who lost her life to suicide. Nel wrote “Fadeaway” dedicated to her memory and to help others who may be struggling with depression or other mental health issues.

If you or someone you know is experiencing suicidal thoughts or a crisis, please reach out immediately to the Suicide Prevention Lifeline at 988 or text HOME to the Crisis Text Line at 741741.

“In 2019, I was introduced to one of my biggest fans. Sadly, we recently learned that she committed suicide. This song is dedicated to her and all those who are battling depression” – MBNel 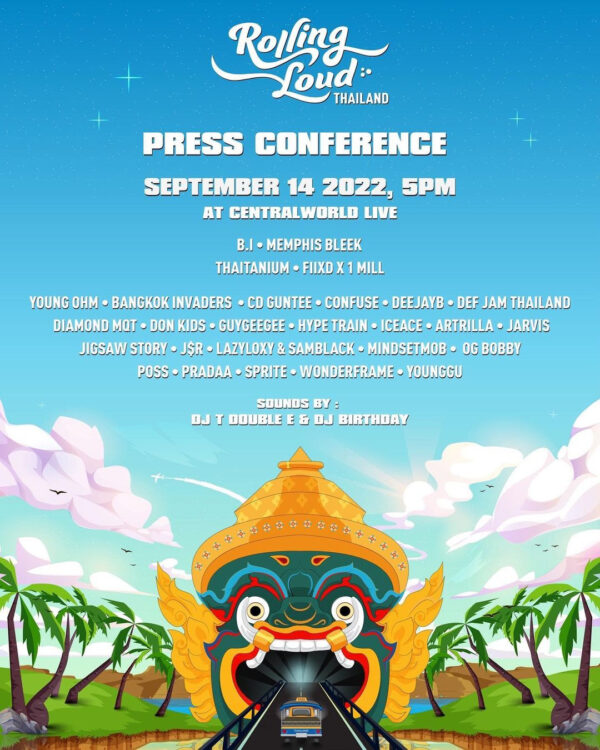 Rolling Loud and top officials from Bangkok, including the Mayor of Pattaya,  will be introducing the event with a lavish presentation at CentralWorld Live in Bangkok. The event starts with a press conference, in which representatives from Rolling Loud and Thailand’s government highlight Rolling Loud’s rich history and how the World’s Largest Hip-Hop Festival plans to bring its signature spectacle to The Land of Smiles. The press conference will be followed by performances by several notable personalities from Thailand’s music scene, including Thaitanium, Young Ohm, 1mill, FIIXD and many more, plus American rapper Memphis Bleek.

“We’re proud and honored to have Thailand host our first festival in Asia. Rolling Loud has been looking to expand to Asia for a while, and we’re confident that Thailand is the perfect setting,” say Rolling Loud co-Founders and co-CEOs Matt Zingler & Tariq Cherif. “Our local partners are pulling out all the stops to make Thailand one of our most exciting events on any continent. We can’t wait to bring the amazing energy of Rolling Loud to the people of Thailand, and as always, showcase the best of the local rap scene.”

Stay tuned for more info, and check out Rolling Loud Thailand on Instagram for all the latest updates.
Buy Rolling Loud Merch: shoprollingloud.com