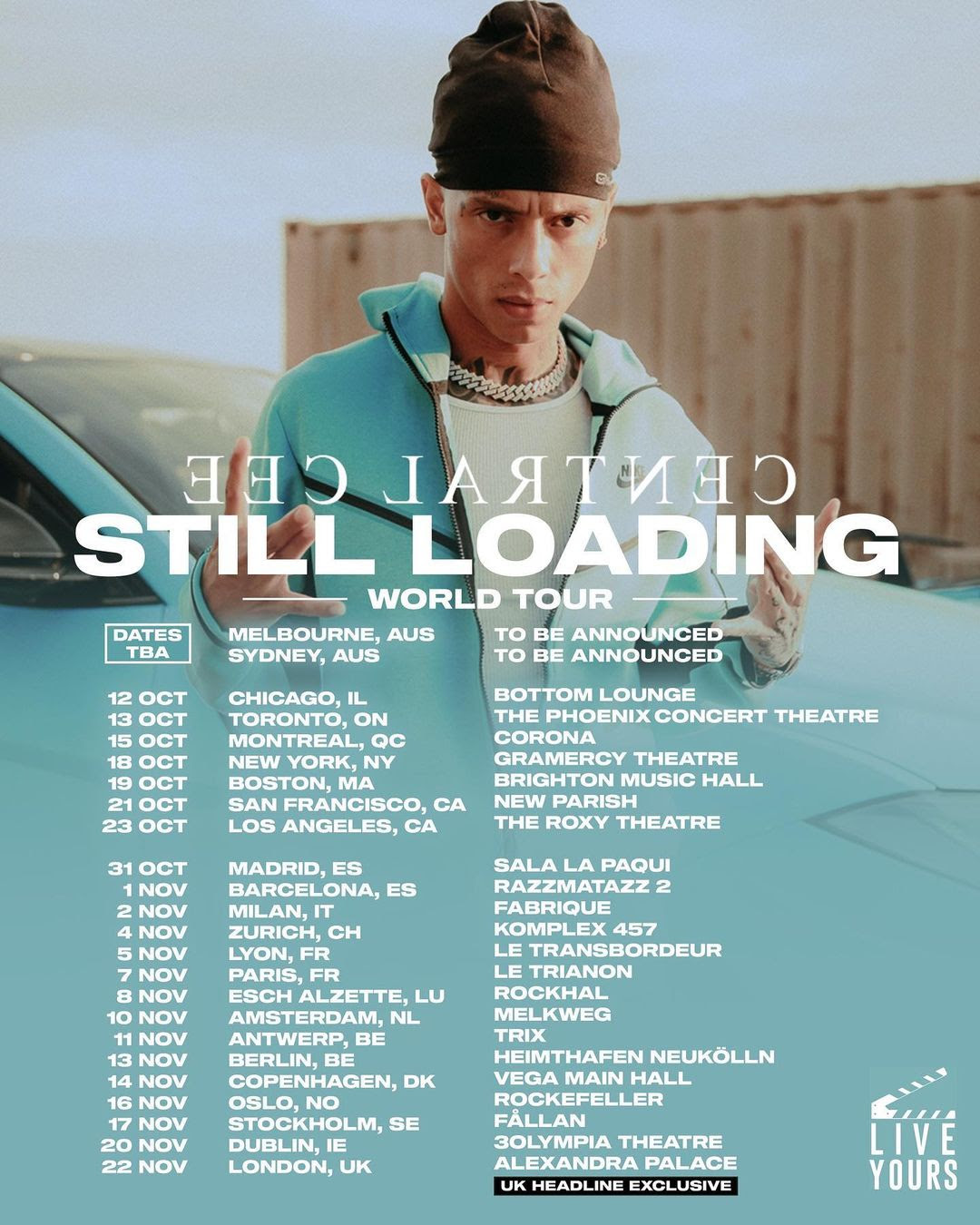 West London superstar Central Cee announces the “Still Loading World Tour.” Kicking off in October, the “Still Loading World Tour” starts in the United States, where Cench will perform his first-ever American headlining dates, before heading to Europe on October 31st. The tour culminates in London on November 22nd, as Cench headlines a special show at the historic Alexandra Palace. Australian fans should stay tuned for the announcement of dates in Melbourne and Sydney. Tickets are available for sale on Friday August 5th.

Central Cee’s announcement of the “Still Loading World Tour” arrives on the heels of “Doja,” the rapper’s viral new smash. The track marked a huge moment, as Central Cee becomes the first ever UK artist to have a video directed by the iconic Cole Bennett, and hosted on Lyrical Lemonade. “Doja” racked up over 25 million streams in the ten days since its release, and over 17 million views on its YouTube video, en route to a #2 debut on the UK’s Official Charts. The song is a worldwide smash, marking his highest charting positions in Australia, Germany, Benelux, and more, and reaching Spotify’s Top 10 Daily Plays in 21 markets. The video is #9 on YouTube Trending in the U.S., and the song is tearing up TikTok, where it has inspired 750k video creations and over 750 million video views.