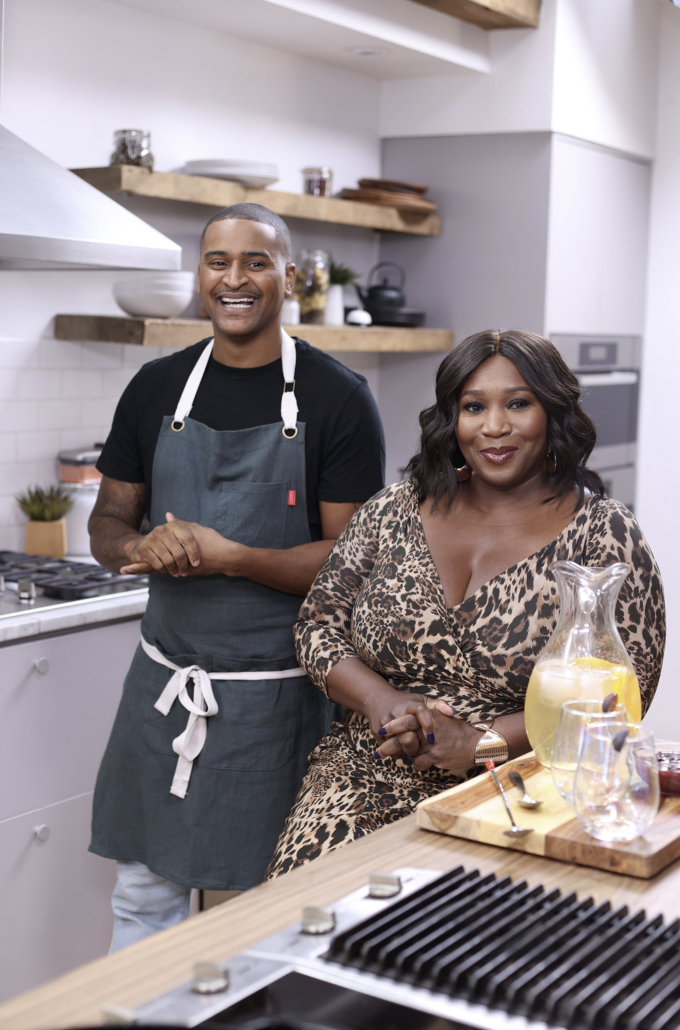 Chef JJ, one of the culinary world’s most sought after stars, invites you into his kitchen to experience his delicious delights with celebrity friends and influencers. In this season of the hot cooking show, Chef JJ will introduce exciting global cuisine to celebrity friends while turning up the heat with friendly cook-offs. This season welcomes guests Bevy Smith, LeA Robinson, Camillya Masunda, DJ Cool V and many more.

In its premiere episode, Chef JJ invites Harlem’s “it” girl Bevy Smith for a super fancy yet super simple meal. On the menu is a Truffled Spatchcock Chicken with Olive Oil-Poached Carrots and Banana Leaf-Wrapped Halibut and Steamed Bok Choy. For the delectable recipe, click here.

“This season, we get deep into the flavored cooking stories of the diaspora. Delivering a mouthwatering, fresh take on global cuisine that with every taste brings us a bit closer to that feeling of community we all as humans need,” says Chef JJ. “I invite everyone to fire up the stove and get cooking in a way that will inspire. I can’t wait for you all to see!”

Chef JJ Johnson is a James Beard Award-winning chef, TV Personality and Author best known for his  barrier-breaking cuisine informed by the Caribbean flavors of his upbringing. Chef JJ’s signature cooking style combines culturally relevant ingredients and classical technique with a global point of view. At FIELDTRIP, his made-to-order rice bowl shop in Harlem, Chef JJ highlights rice as a hero ingredient and showcases it in recipes sourced from around the world. Among many other partnerships, Chef JJ is also a Mastercard Ambassador.

JUST EATS WITH CHEF JJ is produced by Powerhouse Productions, with Rochelle Brown and Sonia Armstead serving as Executive Producers. For TV One, Jason Ryan is the Executive Producer in Charge of Production, and Donyell McCullough is Sr. Director of Talent & Casting. For more information about JUST EATS WITH CHEF JJ and CLEO TV visit www.mycleo.tv and check out CLEO TV’s YouTube Channel. Viewers can also join the conversation by connecting via social media on Twitter, Instagram, Pinterest and Facebook (@mycleotv) using the hashtag #CLEOTV.