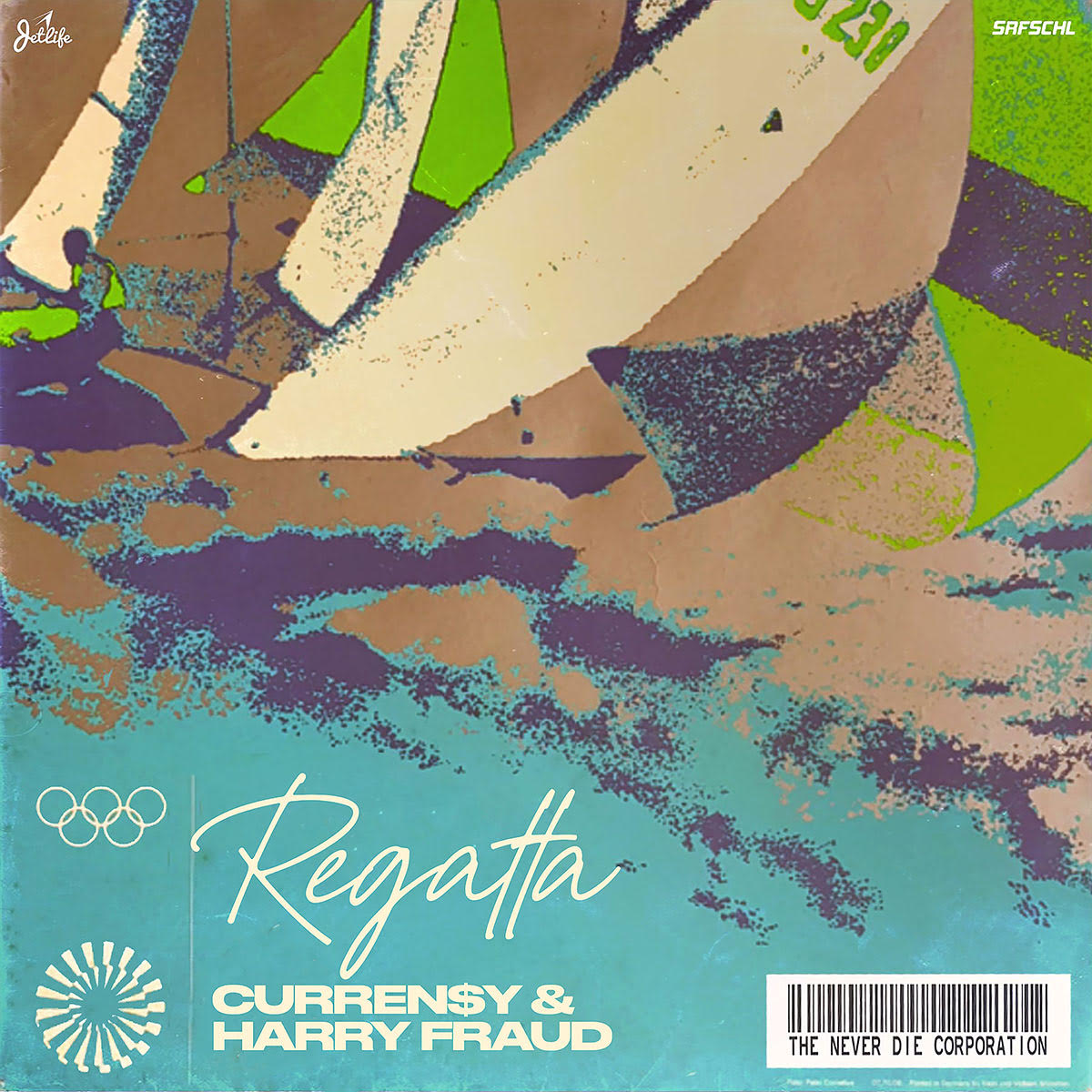 Though they previously collaborated together on past fan favorite’s Cigarette Boats, The Stage, The Marina & The OutRunners (and its companion piece The Directors Cut) Curren$y and Harry Fraud have reunited once again to cap off what has been very prolific and tremendous years for both artists with their new collaborative project Regatta.

“Regatta is the next chapter in the story of two hustlers that started ducking the law in Cigarette Boats, but have now graduated to another level of the game” Curren$y and Harry Fraud proclaim.  “Instead of being OutRunners themselves they’ve realized the type of success that allows them to sit back in The Marina and pull strings. But the treachery of the life they’ve chosen lies right below the surface; ready to pull them under at any time.”