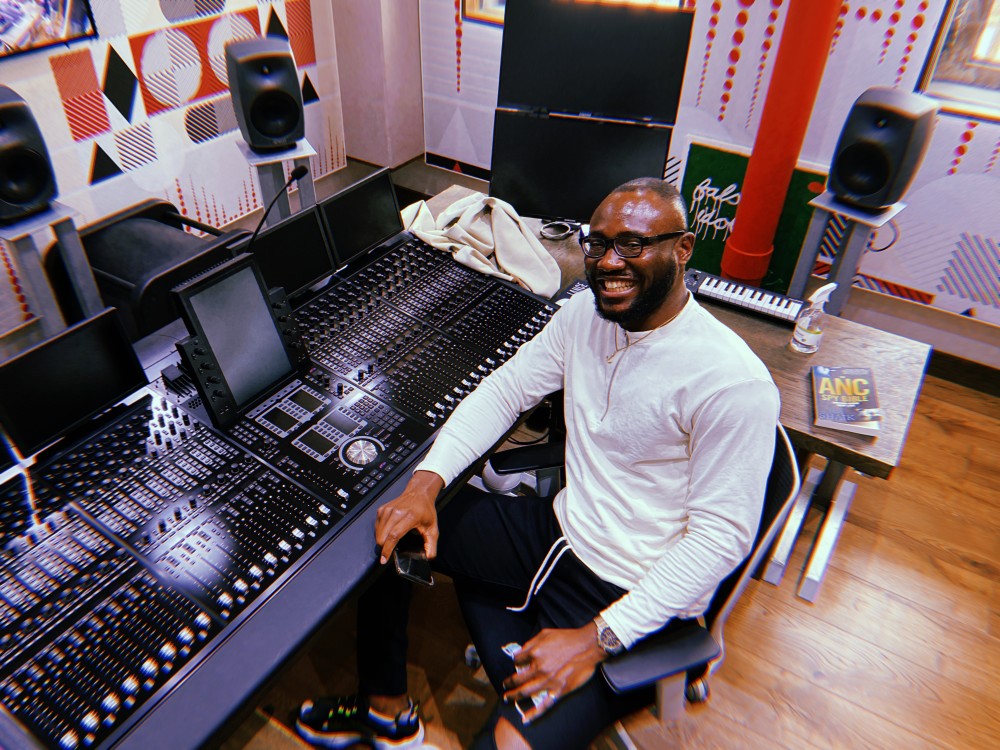 In an Instagram post on Friday, South African-based music buff, Geobek, fanned the flames of excitement among Ghanaian fans, hinting at his hunt for the country’s next big thing through his much-acclaimed lens; the ‘’Geobek Standard’’.

The world of Artist & Repertoire is a tumultuous one; an archetype that has evolved over the years and ever so now in the age of social media, but Geobek, or George Beke as he’s formally known still has a good grasp of its ins and outs. After all, the eagle-eyed A&R has championed the finest of recording labels on the continent; Geobek Records, in addition to his formidable resumé that hosts Mr. Eazi’s ‘Leg Over’ (Remix) which featured French Montana and Ty Dolla $ign; ‘Sampudi’ by Burna Boy; Runtown’s ‘Tradition’; as well as Laylizzy’s ‘Hello’ featuring AKA to name a few.

Ghana’s music scene has been home to some of Africa’s most beguiling sounds and iconic artists to date, with Geobek ready to uncover more after the release of his tipped project. The Ikwerre Giant, as he’s also known, shared his interest in putting together a collaborative music project which he believes is poised to bring new talents all over the country to light.

‘’This is a #GeobekStandard announcement. I am set to put Africa’s next big thing on the map & co-sign upcoming artists with my industry mates through my music project “Geobek Standard“. I’ve got my ears in #Ghana #Nigeria #SouthAfrica #Mozambique #Botswana #kenya #Tanzania. I’m taking this month to listen to Africa’s next prodigies, tag them on this post. #theafricawewant’’, Geobek revealed.

Born George Beke in Port Harcourt City of Rivers state, Nigeria. George Beke is one of Africa’s dynamic A&R specialist, executive producer, doubling as an equally stellar creative strategist for brand development, media and production. He has always been a man of many talents, great experience in the music, film and entertainment industry, armed with an excellence that is evident in his ability to scout and nurture the imaginative potential of African recording artists.

Geobek’s formidable resumé hosts Mr. Eazi’s ‘Leg Over’ (Remix) which featured French Montana and Ty Dolla $ign; ‘Sampudi’ by Burna Boy; Runtown’s ‘Luva Luva’ featuring Rowlene; Mafikizolo’s ‘Happiness’ featuring Mr. May D; Tell Everyone featuring Yemi Alade, Diamond Platnumz, Sauti Sol, Sarkodie, Becca and Toofan; as well as Laylizzy’s ‘Slay’ and ‘Hello’ featuring AKA to name a few. Geobek’s greatest honor remains forging a career for himself out of raw potential, just as he does for others under his watch. But his scope knows no bounds and he is keen on improving his very dream of promoting African music worldwide through compelling back-to-back collaborations. His mother is his biggest influence, guiding him to be enthusiastic and passionate about helping others; an experience that has proved essential to his resourceful profession.

George Beke’s vision of grooming the incoming wave of Ghanaian talents to be stakeholders in the financially buoyant global music arena is being swiftly realized and it may not show yet, but it is evident the ‘’Geobek Standard’’ will soon be Africa’s golden standard.