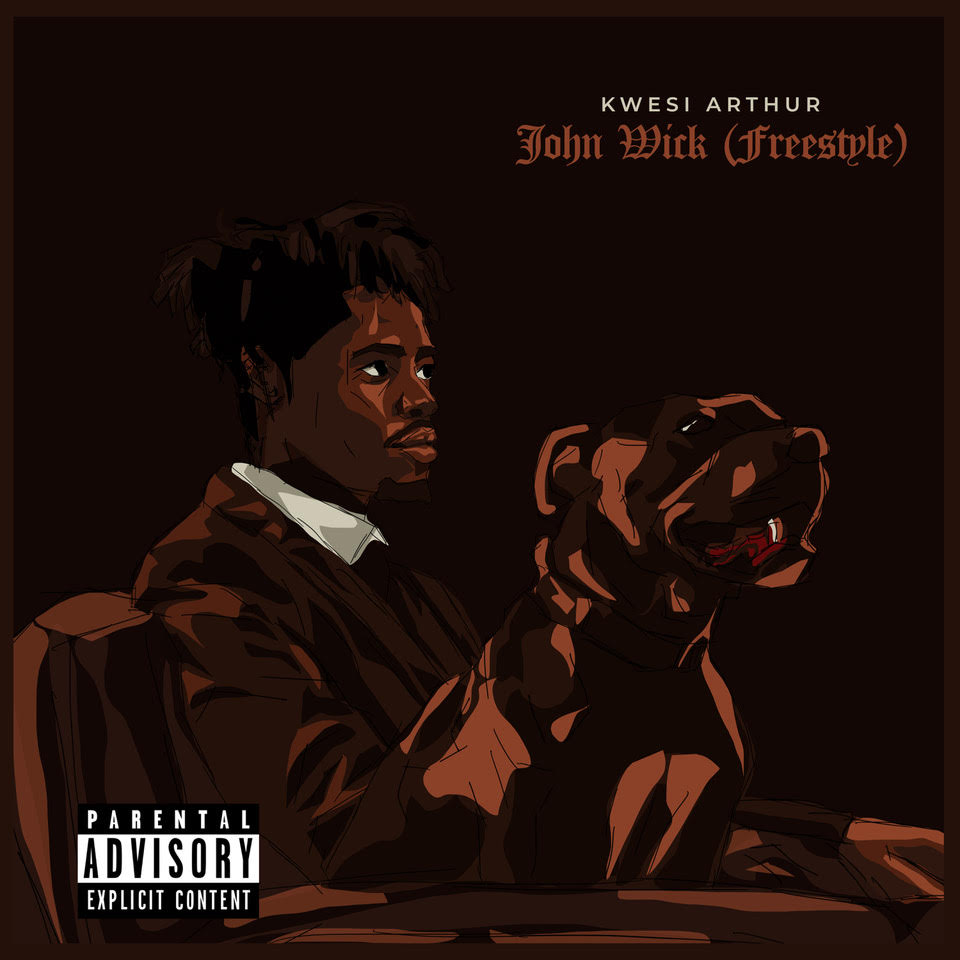 Following on from this year’s slew of acclaimed singles, rising Ghanaian superstar Kwesi Arthur returns to the soundsphere with his brand new track and visuals to “John Wick (Freestyle).”

An intimate soundtrack containing soft piano keys and down tempo kicks allow the youngstar’s innate rap skills and soft vocals to effortlessly reflect on his career so far exclaiming, “breaking out of my cage, my lifestyle be complicated, breaking out of my maze” whilst regularly reaffirming “momma pray for me don’t stress for me.” Already paving the way for a new generation of Ghanaian artists, Kwesi Arthur continues his musical journey to stardom – proving his superstar ability to capture varying moods within his already impressive catalogue.

Following his feature on one of the most notable underground tracks of the year in Yaw Tog’s “Sore” Remix feat. Stormzy, Kwesi has been steadily turning up the heat on his output all year, his breakthrough COLORS performance drawing co-signs from US superstar Cardi B, his sell-out shows in London and New York underlining his nomination for Best International Act at the 2018 BET Awards – an innate rap talent that blends seamlessly with his ear for contagious Afropop melodies.

Kwesi’s multi-dimensional grasp of genres and worlds has seen him gain critical attention across both sides of the Atlantic, from London’s i-D MAGAZINE and NEW WAVE MAGAZINE  to THE NEW YORKER. With his debut full length project on the horizon, mark Kwesi as one of Ghana’s most thrilling new voices set for international relevance in 2021.