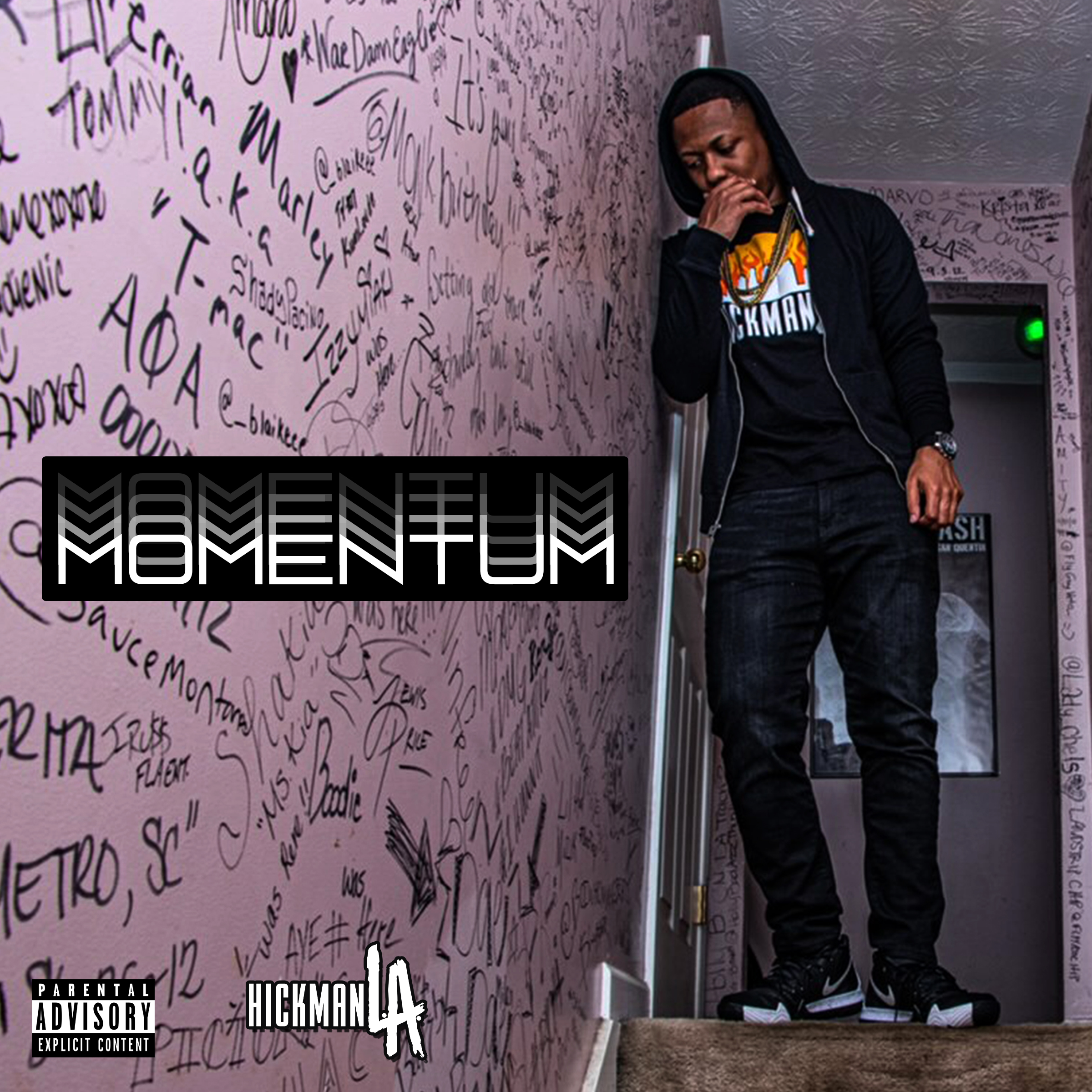 Hickman L.A. returns to continue riding his Coast-to-Coast buzz with his second project “Momentum”. With assistance from Billboard-Charting artist Call Me Ace & triple threat Rapper/Singer/Actor Alan Z, Hickman proves why his name and movement has propelled him into the elite of up and coming rappers. The hit single “Manifest” encourages persistence and the importance of a positive mentality, while other songs such as “The Movement” or “Motivation Freestyle” showcase Hickman’s supreme lyrical abilities. “Momentum” is the perfect  way to sum up Hickman L.A.’s current position as he continues to rise within the ranks of Indie Hip Hop.

Hickman L.A. is a Los Angeles born MC, influenced by the depths of 2Pac’s lyrics and the consciousness/imagery of Lupe Fiasco. While meeting Lupe (Hickman’s favorite rapper) in 9th grade, Lupe told him that he was going to be creating Hip Hop music after Lupe retires.