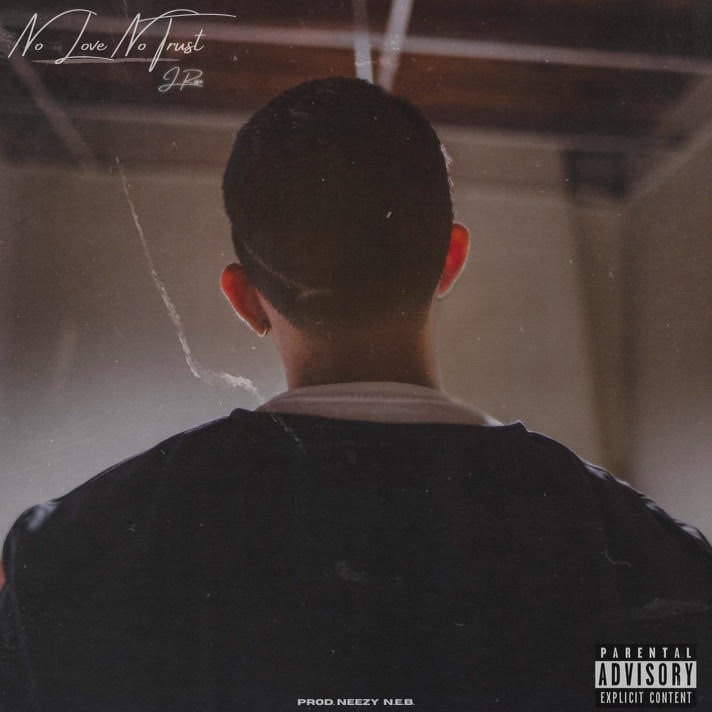 Today rising East Coast artist J. Rose delivers his new single “No Love No Trust” for fans. The drill music inspired song hinges on multiple musical elements drawing on R&B, Latinx and drill music sounds.
“So the goal with this video was to make it a scene where it’s a betrayal of trust. That was the original goal for us to keep it R&B. R&B from what I know it to be, is either a love or hate situation. I had to decide if it was going to be a hate you or love thing and I wanted it to be in the middle like I never saw it coming.”
With a movie plot to go along with the plot enhanced song, J. Rose made a cinematic visual that will hook the viewers over and over.
“In the video my love interest is this federal agent and the whole time without me knowing she‘s trying to figure out what I have going on in the background. I didn’t make it a certain focus point, but there were illegal things going on in the background. Me and her were in a relationship and then the whole time it was all a set up. The bruised face is a visual metaphor showing the damage that she did and how I’m hurt. Then she starts to realize that when I get out she’s not going to live so she tries to kill me. But fans just have to watch it, it’s one of those to be continued videos, so I can leave it with a very cinematic movie type ending.”
This crossover track was put together by music industry insider and executive Adrian Swish, who saw potential in J. Rose after discovering his music on Clubhouse.  Swish acquired the beat from music producer Neezy N.E.B., whose credits include Eric Bellinger, Kid Ink, AD and Puma Clothing among others. While the song’s background is in Drill music from a production standpoint, J. Rose wanted to keep the song R&B infused with street elements.
“For me R&B was always the biggest thing – that was the wave and that’s why I consider myself R&B but I’m very open and to the eclectic sounds of trap and drill,” J. Rose said.  “Originally when I did the record No Love No Trust, it was very uncomfortable, because I didn’t know how to approach it. Did I want to do R&B and singing or approach it like a drill record? But I was really happy with how it came out after I figured out the sound I wanted to give fans.”
Moving around in his youth, J. Rose was raised in Puerto Rico, the Bronx and the Boston, Massachusetts area where his mother played a wide range of music from Country to Spanish to R&B music.

“I was raised in Puerto Rico and the Bronx, I moved around a lot but my mother was always open to all types of music. Growing up I listened to Spanish music, country music and I always loved R&B music but I wasn’t consumed with the artist aspect of music. I was a church boy and played instruments and I got into some spoken word. Then as I kind of moved forward in junior high, that’s when I started really digging into the music. But I never really imagined that I would be able to do it like this,” J. Rose said.
But despite finding himself in music, things in J. Rose’s life took a tragic turn in 2017 as he was the driver in a fatal accident that resulted in his close friend dying. While no drugs or alcohol were in the system, J. Rose doesn’t remember the crash, he was in a coma for 2 weeks and he had to learn how to walk again.
“I was in the US Infantry but I had a medical discharge because I had got in a car accident and my good friend passed away in the car accident. In life certain things happen and it was a life changing experience. I was in the military and I was ready for full deployment but due to the accident I was in the hospital for a long time, they said I would never be able to walk again,” J. Rose recalled.  “My whole life was settled and everything was great, but after that accident I literally had to learn how to walk again like a baby. That was really the episode where it drove me to dive into music and music really saved me and not even on a financial level but spiritually and emotionally.”

Following up his releases Island Trips and the fam favorite “Enough Lost,” J. Rose hopes this record and others give fans a chance to get to know his style.
“Island Trips shows the dancehall side of my music and Enough Lost is a record that speaks about my past and the turmoil that I went through.”