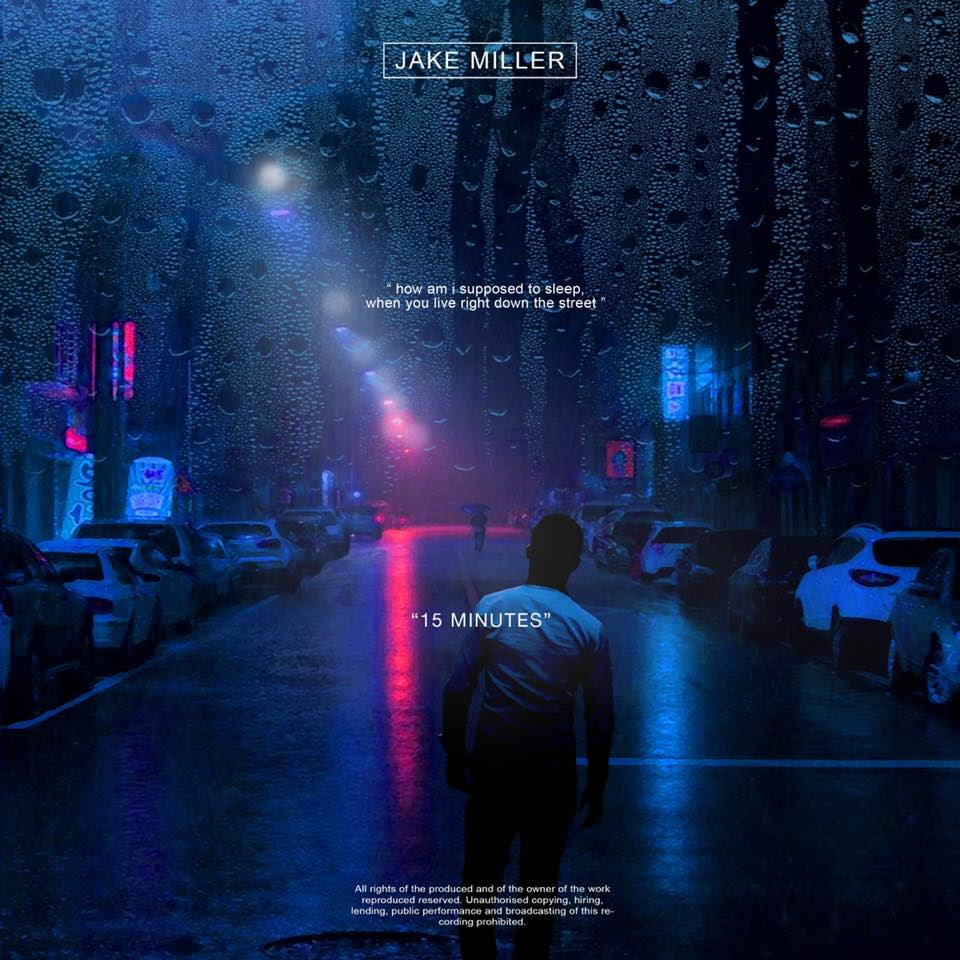 On his latest summer single “15 MINUTES“, critically-acclaimed singer, songwriter, and producer Jake Miller questions how he’ll move on from the loss of an ex who happens to live only “15 minutes away from me.” Backed by a pulsing beat and sweeping piano accompaniment, the record is produced and co-written by Miller alongside Grammy Award-winning DJ Swivel (Beyoncé, Rihanna, The Chainsmokers), Candace Sosa (BTS), Dan Burke (James Maslow), and William Ventres. “15 MINUTES” follows previously released singles “LAST TEXT,” “NERVOUS and “OCEAN AWAY” and marks the fourth of five new songs to be released this summer prior to hitting the road with Hoodie Allen later this month. CLICK HERE to listen to “15 MINUTES” and HERE to purchase tour tickets.
Today, fans can also purchase a limited-edition unisex “15 MINUTES” premium black t-shirt featuring a pink and blue floral print on the front and cover-inspired print on the back with lyrics from the chorus printed on the sleeve. Every customer will receive a link to download “15 MINUTES” for free. CLICK HERE to purchase.

On September 19th, Jake hits the road with Hoodie Allen on the rapper’s 22-date nationwide ‘Whatever USA’ Tour, hitting major markets in New York, Los Angeles, Chicago, Austin, and St. Louis. Tickets including VIP meet-and-greet packages are available online at jakemiller.com/tour.
Jake Miller recently issued BASED ON A TRUE STORY., his 6-song EP that he wrote and produced in his bedroom, which skyrocketed to the Top 3 of iTunes’ Pop Albums chart upon release. The EP has gone on to clock 14 million U.S. streams to date and features the Billboard Top 40-charting hit single “WAIT FOR YOU,” which Miller performed live on Live with Kelly and Ryan and has been featured by the likes of Teen VOGUE, Forbes, and Cosmopolitan. CLICK HERE to listen to BASED ON A TRUE STORY. available across all digital service providers.