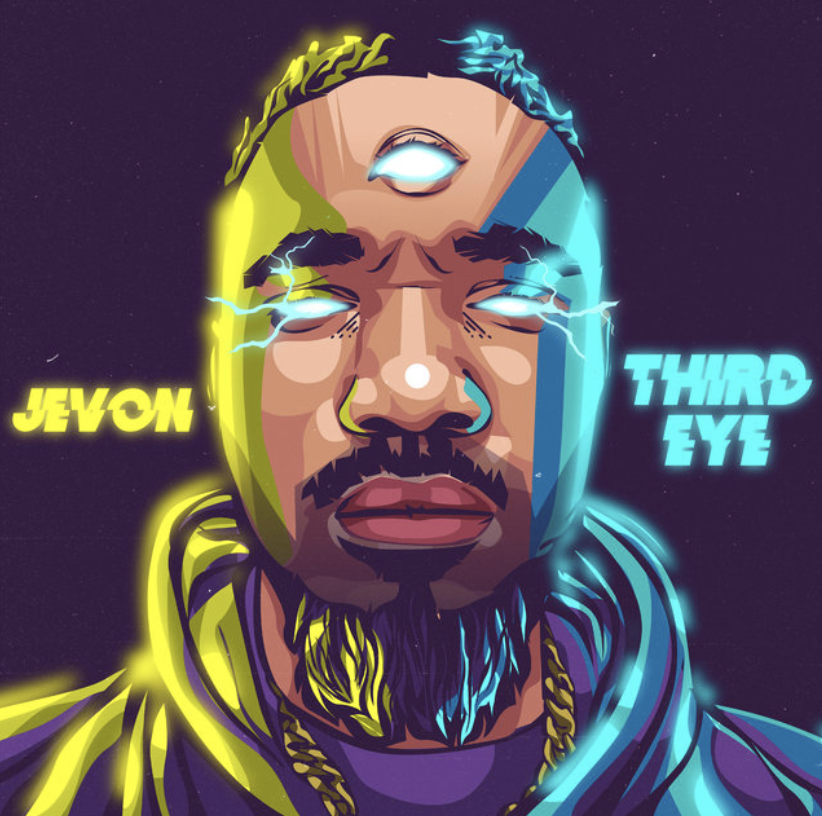 Today rising Southern California artist Jevon shares his widely popular single, “Third Eye” produced by MVTCHES and featured on his album Black First available everywhere now. To date “Third Eye” is Jevon’s most well received song and a song he hopes introduces him to more audiences across the world.

“Third Eye is the highest reviewed and best received song I have. As an artist it’s always difficult to present just one song to a listener because they won’t understand that I actually create Hip-Hop in all the sub-genres from 90’s golden era, to trap. But this song is so good that it brings listeners to want to check out my entire catalog,” Jevon explained.  “The track was produced by a kid who goes by MVTCHES. Shout out to him, it’s one of the best beats I’ve ever heard.”

Finding success on a host of blog sites via the extremely stringent SubmitHub submission process, Jevon appeared on the websites Roadie Music, The Grid Magazine, H-Wing, Rock the Pigeon, WordIsBond, SecretEclectic, Conversations About Her, DotheDancePlaylists,VisualTelier8 and ObscureSound.

Growing up Jevon moved around in different cities across the the United States in California and Mississippi, but Jevon spent most of his time in Alhambra in the San Gabriel Valley honing his craft and finding a love for making music.

“I moved around alot and lived in different cities in Cali and Mississippi.  But I spent most of my time in Alhambra which is a city in Los Angeles County. Alhambra is a really nice city and it has a high Asian population, so I grew up learning about different cultures and I grew up within a melting pot of cultures. I learned to understand them all,” Jevon said. “I’ve always loved Hip-Hop, it was played in my house and in my pop’s car all the time as a kid. I thought my way into the culture was DJing so I started off doing that at 13. But the instrumental side of the records I owned inspired me to actually start writing. Me and my best friend Pak Man got a hold of a cheap usb mic and started recording and it was history from there.”

A self-described perfectionist, Jevon says he has all types of fans because of his ability to make various kinds of Hip-Hop from trap to boom bap 90’s rap.

“When I hear a beat I like I write to it no matter what category it is so I don’t fit into just one sub genre. I’m a perfectionist so the end result is always fire,” Jevon said. “I don’t have a certain type of fan I’ve noticed. My music seems to resonate with all different cultures of people young and old which I consider a blessing. As far as describing my fans I say they are people with good taste in music, because that’s all I got.  Stay tuned in. I’ve been in the studio working and I have some songs featuring major artists coming very very soon.”