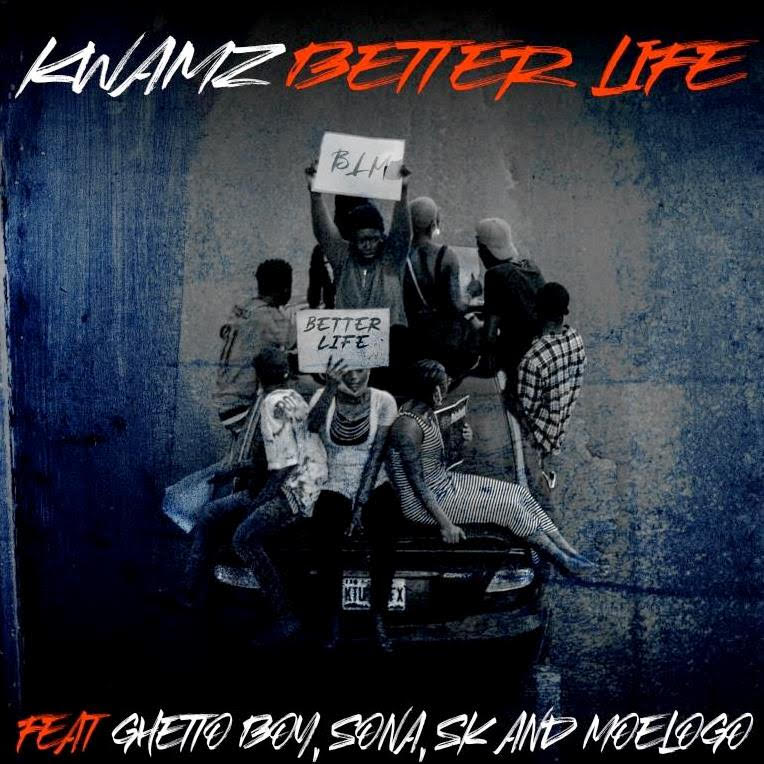 ‘Better Life’ was produced by DS19 and features a marque lineup of talents including Ghetto Boy, Sona, SK and Moelogo. The powerful themed single is a follow up to his earlier release ‘Ronaldo’ which was received with critical acclaim by fans and critics both in Ghana, in the UK and Europe. Kwamz’s flair, panache and lyrical dexterity makes his music very easy on the ear for the listener no matter the theme he addresses.

‘Better Life’ is a relatable bop for the ages – a timeless masterpiece that sheds light on some major issues facing young people in the world including the fight against police brutality in Nigeria dubbed the ‘’End SARS’’ movement, ‘’Black Lives Matter’’ just to name a few. The powerful message addressed in ‘Better Life’ is something that Kwamz has always wanted to highlight with his music. Together with the talented ensemble featured on the record, they did do justice – telling things as it is and holding no bars back.   We want to see a ‘Better Life’ too for people around the world. If you want the same, let’s start by checking out this absolutely blockbuster song.