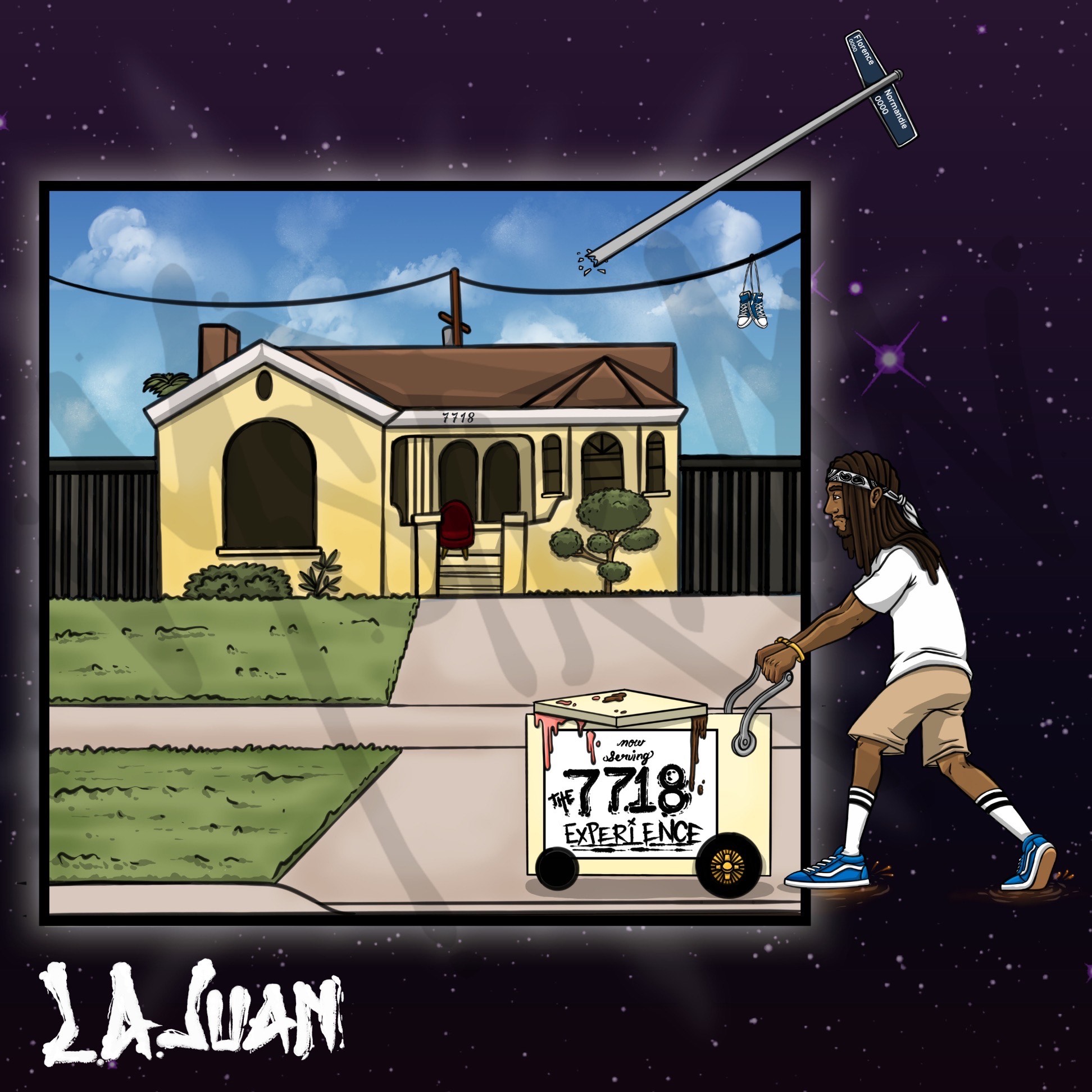 L.A. Juan, former 1/2 of the rap duo “The League LA,” has officially released his new project, “7718 The demos.” The demos embody a taste of variety in his sound from dreamy, to heavy spitting lyricism, to drop-top west coast vibes. Juan is a product of “Manchester Square”aka Shady 80s which is a community in LA. The ice cream truck was significant to his childhood as once it left, gentrification began. He references himself as the “ice cream man,” a community worker that runs his whole business on giving back and touching the people. L.A. Juan isn’t your stereotypical rapper from LA. His laid back yet energetic flow screams Cali, but the implementation of cultural influences from Juan’s life help make his sound more universal.

7718 The demos is an ode to the home address that L.A. Juan grew up in, located in one of LA’s toughest neighborhoods. Juan’s 7718 is a history lesson of LA as well as a time portal of his life from the day he hopped off the porch. He illustrates the introspective of leaving for college on his “Situations” track. Songs like “World on Wheels,” “WestSide Love Affair,” and “76th & Denker” make you feel the vibes of LA summer with the top down as if you lived in the area. When you hear an Intro like “Panic” you hear what Juan’s environment is like growing up. Songs  like “Over” take you back to the house parties scene “Black Girls 94” is a homage to black women and time machine of 90s black sitcoms and “Motion” is a song that dampens the seats of ladies. 7718 is back to the future in music form.

VINCINT Debut Album “THERE WILL BE TEARS”