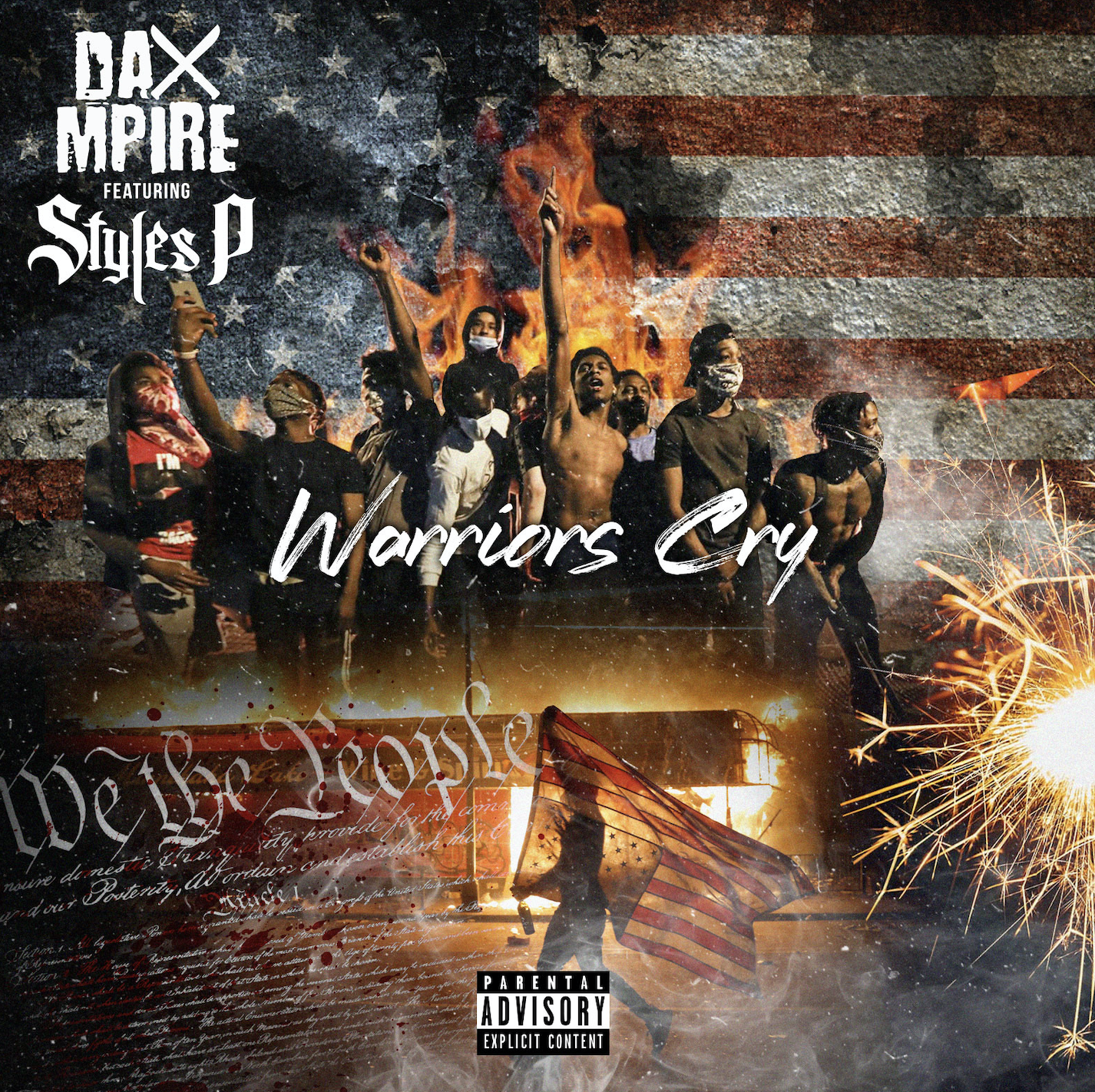 In between a raging pandemic and revolution a call was heard….. A Warrior’s Cry. Dax Mpire returns with Rap Icon Styles P to deliver a message that speaks for the people during these modern day times of injustice and uncertainty. “Warriors Cry” produced by Samples is a testament to today’s climate in America. Dax really paints a picture,  “Hands up / you get shot still , popped with a glock, chill! / please officer don’t shoot me I did not steal!” With vivid bars that vibrate, accompanied with Styles legendary voice and presence, “Warriors Cry” will echo the spirit of revolution for years to come.

Born and raised in New York City, Dax Mpire has been in the game for over a decade. He’s of Puerto Rican and Mexican dissent, he represents the Latino American experience from the birth place of Hip Hop. Growing up to the sounds of Nas, Biggie, and Tupac he has always remained grounded in his lyrical foundation while evolving with the times. After a few years in Texas, and some incarceration, Dax has seen all angles of the life, and understands all sides of the game. Having worked with legends like the late great Prodigy of Mobb Deep, and the Southern Forefather Dj Paul of ThreeSixMafia, Dax and his affiliate crew and groups MPIRE / NARCOTECHS have legitimized themselves as underground heavyweights. Since his 2015 SXSW debut Dax has opened for Travis Scott, Dej Loaf, 50 Cent, Dj Drama, Joey Badass and the list goes on. With his new single “Warriors Cry” that features the legendary Styles P , Dax Mpire continues to prove that he’s hear to stay.