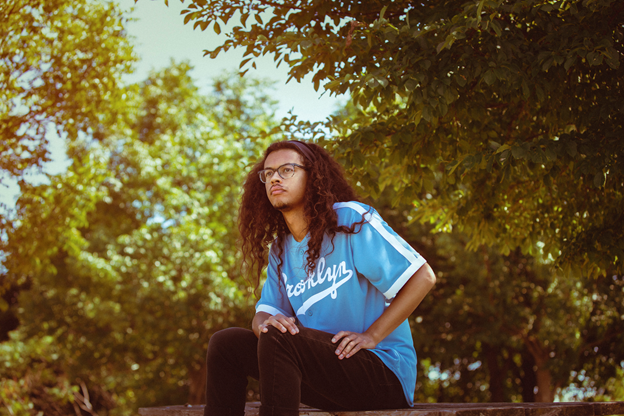 LTtheMonk  releases his new “Four Seasons” single and music video (directed by Matt Azzarello) from his forthcoming album On The Wall  available August 20th on indie powerhouse label Sonic Unyon Records (Hayden, Sloan). Inspired by the desire to make a song marrying Italian classical composer and violinist Antonio Vivaldi’s “The Four Seasons” with Travis Scott and Drake’s “Sicko Mode” (published in 1725 and 2018 respectively), LTtheMonk and producer DeltoidTheNEW created this epic song clocking in at five minutes and 46 seconds, that tells the story of a relationship that runs across the four seasons of a year. The musical expression of each season for Vivaldi is matched by LT’s lyrical expression and imagery. The passion and heat of the Summer moves into the darkness and slow death of the relationship in the Fall (right before a Winter escape), as LT spends Thanksgiving happily away from the toxicity of this relationship, culminating in a Spring rebirth with his lover.