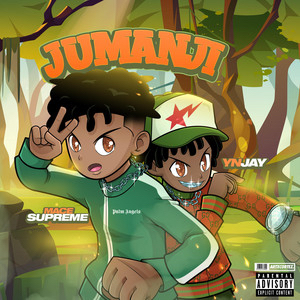 Rising Flint MC YN Jay has given the ultimate co-sign to 20-year-old Milwaukee rapper Mace Supreme after blessing his crowd-pleasing Internet slap “Jumanji” with a few of his patent-pending scam rap bars.

“Uber to my house 3AM/Only trying to fuck/Asking can I take her/Bitch need to go find a bus/Talking bout she broke as hell/Look like I give a fuck,” Mace raps mercilessly on “Jumanji.”

Mace Supreme opened for numerous heavyweight artists including Voice Of The Heroes rap star Lil Durk, in addition to Lil Keed and G Herbo during his undergrad at Tennessee University.

Mace also put forth a highlight-reel worthy effort in 2020, delivering his 15-track Nostalgia album along with his 10K.Caash-featuring singles “She Got Muscle” and “WoahNite.”