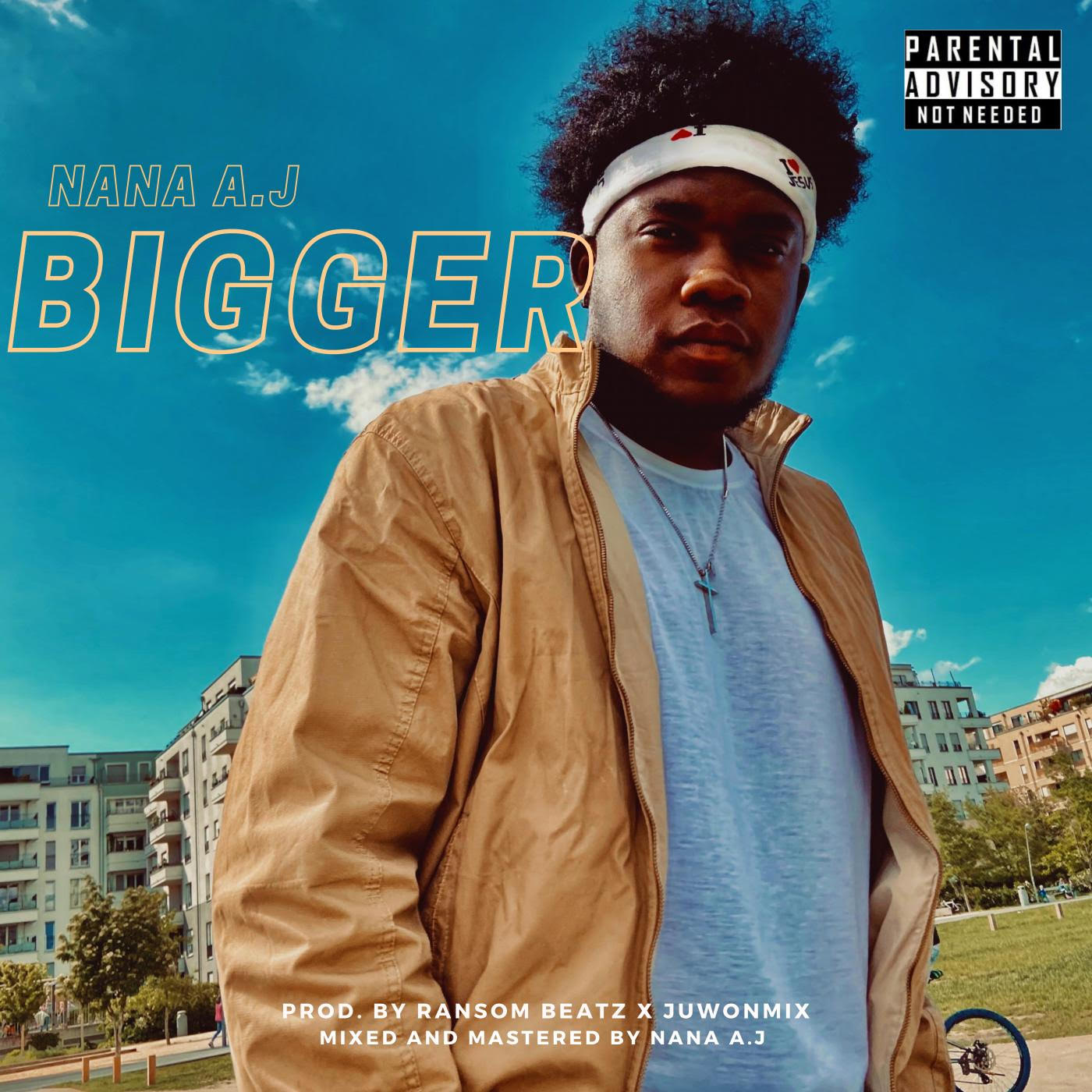 An ambitious year lies ahead for the rap artist and with his latest release ‘Bigger’ set to be an attention-snatcher, the game is on. Produced by Ransom Beatz and Juwonmix, the smooth-sounding song glides atop an equally soothing production to deliver a tone that’s flavorful at heart.

The overall simplicity at play is far-reaching, graced by bass drops that are sure to get anyone nodding non-stop. It’s a hard-knock life, but for Nana A.J, he’s focused on steady growth; one he relays as getting bigger and going higher, because like wine he’s only getting better.

‘Bigger’ is a great song to vibe to, and a quick reminder to take life a day at a time, focusing only on the bigger picture. ‘Bigger’ is available on all digital streaming platforms globally here: https://linktr.ee/nana_a.j

Popularly known by his stage name Nana A.J, Nana Adjei Boateng is a Berlin-based rap artist-cum-producer, who hails from Accra, Ghana. Having embarked on his musical career as a teenager under the alias A.J, the laidback rapper boasts of a stellar cache of songs that helped him gain traction in the diaspora; the most recent being his ‘’On the Low’’ EP which has banked a solid presence on media platforms since release.

Growing up in Accra, Nana A.J grew empathetic towards the people around him and his only way of reaching out was through music. This would propel Nana into the music scene to compose songs that cover a wide range of societal problems; relationship issues, depression and other complications of life in short. It’s this drive to alleviate the suffering of people that fuels Nana A.J day-in, day-out.