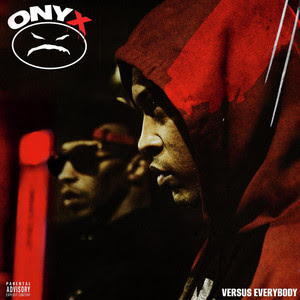 Platinum-selling group Onyx is back with their ninth studio album ONYX Versus Everybody, via Surface Noise/MNRK Music Group. Members Fredro Starr and Sticky Fingazreturn to the boom-bap sound, the once signature sound of New York Hip Hop, to submit this 10-song album that captures the essence of what made the group a crossover hit with features by rappers Termanology, Harrd Luck, Ricky Bats, and Big Twin. Onyx Versus Everybody is produced by Fredro Starr and executive produced by Onyx and Omar “Iceman” Sharif. The first single, “Shoot Wit,” was received with much excitement by their fans, not missing a step with their lyrical wordplay and energy. Fredro Starr’s hardcore New York swagger envelops every lyric, and Sticky’s raspy voice and crazy energy, “Shoot Wit,” is a total headbanger. So, get your Tims and Carhartt suits because Onyx is coming to show you how it’s done.