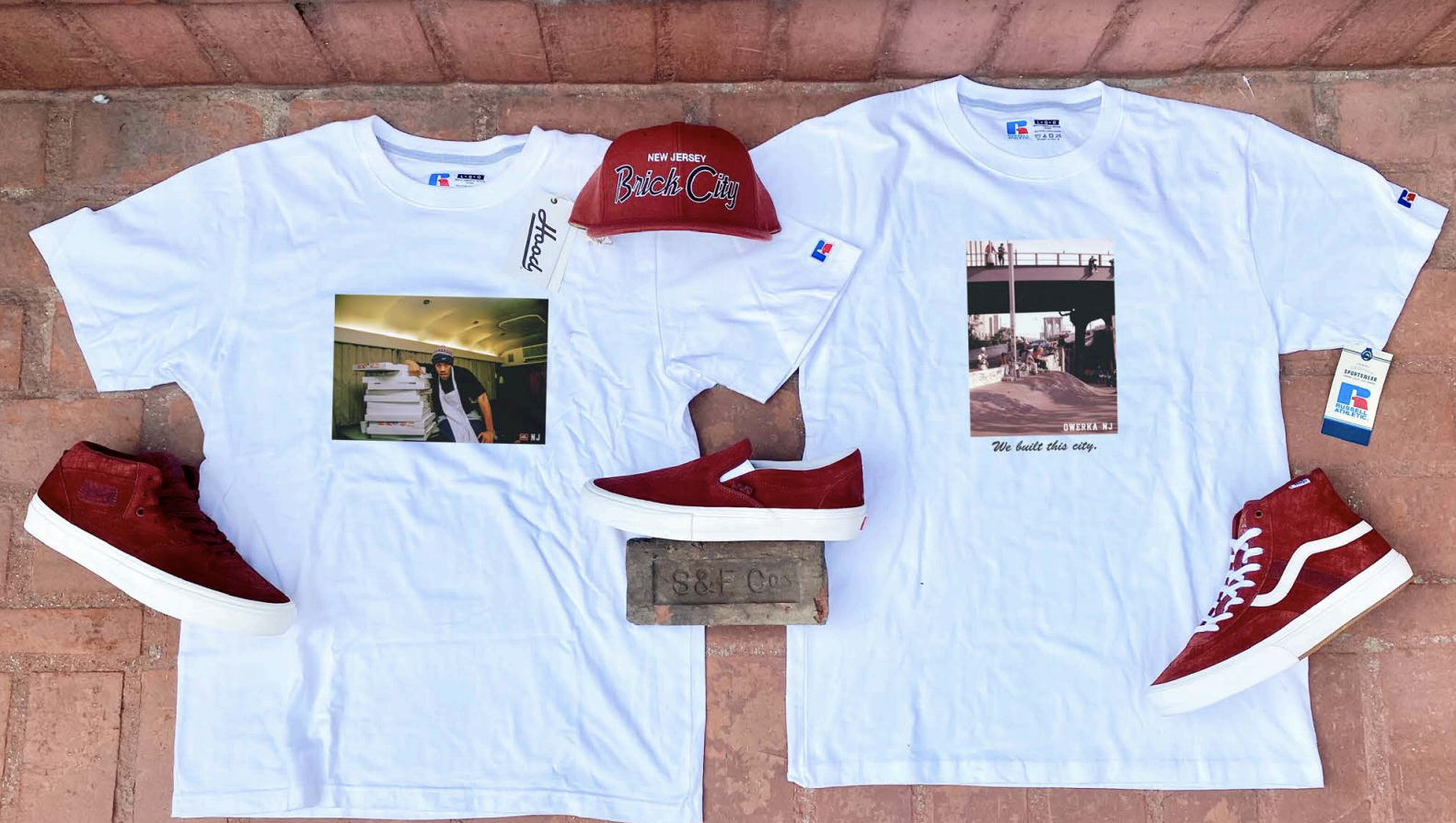 Known for his photos of music icons like The Notorious B.I.G., 2Pac, Wu-Tang Clan, and Nas, T. Eric Monroe adds his stamp to the exclusive NJ Brick collection. “I’ve known the owners of NJ Skateshop for years,” says Monroe. “This is an awesome way to celebrate skateboarding culture in the Tri-State area,” he adds.

The NJ Brick collection celebrates NJ Skateshop’s hometown of Sayreville, New Jersey, which was the largest manufacturer of bricks on the East Coast from 1860 to 1970. Every brick skate park from Richmond, VA to Ricmond, ME was built with Sayreville bricks. The 3-piece apparel collection along with the three vans shoes pays homage to Sayreville and the East Coast skateboarding community.

Recently, Monroe made national headlines after Hip-Hop DX published a story about his rare photo of 2Pac and The Notorious B.I.G. together in 1993.