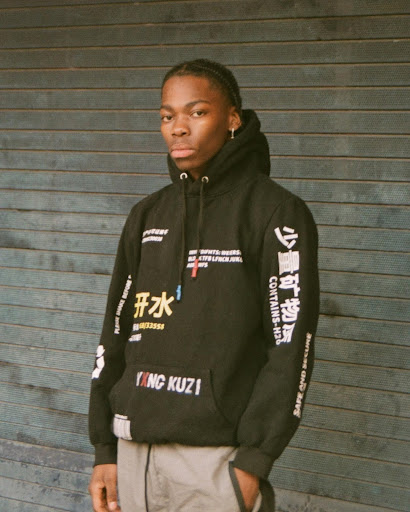 Kae Kuzi is one of the biggest up and coming talents coming out of the UK. Based in Leicester and taking influences from other native greats such as Slowthai, Skepta and Knucks, he has quickly formed his own path in such a small space of time. Not knowing anything about the industry just over a year ago, Kae wanted to dive right in and start releasing music and making a name for himself. This wasn’t hard for him as his unique flow, style and personality shines through in his rapping, and hasn’t slowed down since.

‘Local Tyrant’ is a huge track. Reminiscent of Dave, Kuzi has a way with his words and possesses a talent that many can only dream of. In this one he refers back to familiar football players and stars, showcasing his versatility and having complete freedom and suave in his lyricism. It’s a relaxing, easy listening production that sets the tone and gives Kuzi the perfect platform to take centre stage in what is a song that you can play on repeat again and again.

Although football is the theme of the track, he refers to making it in own way and following his dreams and not being distracted from the environments around him. It’s clever, witty and bold from this young rapper with the world at his feet, and ‘Local Tyrant’ is a song that you simply have to get on board with if you’re a fan of any kind of rap or hip-hop. It even lends itself to other genres, which is what makes this song and performance so individualistic. Kae Kuzi is a name to look out for, as he will only pass you by on his way to the top.