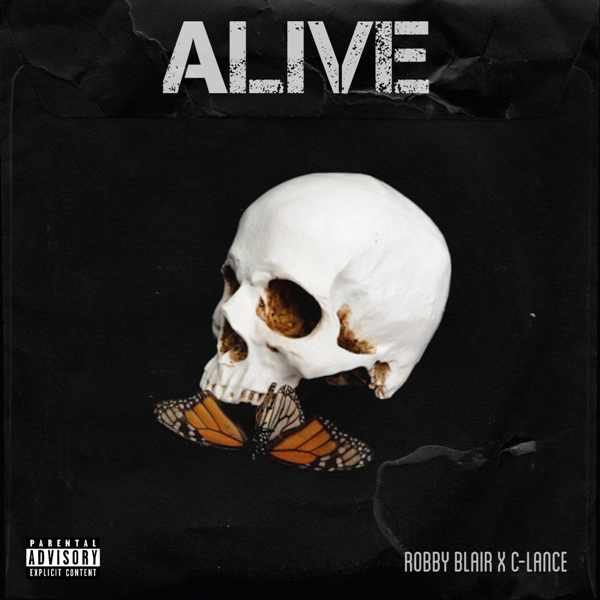 On Robby Blair’s debut album, Certified Influence, which debuted at #29 on the iTunes Hip Hop chart, C-Lance was one of the featured producers on the project.  Shortly after the album’s release, the two brought up the possibility of resuming working together and they linked back up for the new, powerful six-song EP Alive.

The word Alive has many different connotations, but for Robby Blair, in many ways, it infers a rebirth/transition.  You can see this in the imagery for the album’s artwork (with the skull & butterfly) as well as hearing it directly on the album’s self-titled intro track.

As always, Robby Blair brings some great featured artists into the fold; Termanology is featured on “Big Business,” which was premiered on DJ Premier’s Live From Headqcourterz Sirius/Shade 45 Mixshow and for which a corresponding video was also released today, and Slaine (who was also featured on Certified Influence) who is featured on “Brake.”

Robby Blair & C-Lance’s Alive is now available at all DSP’s.

You can now purchase and stream Alive at your preferred DSP: https://distrokid.com/hyperfollow/robbyblairandclance/alive-2