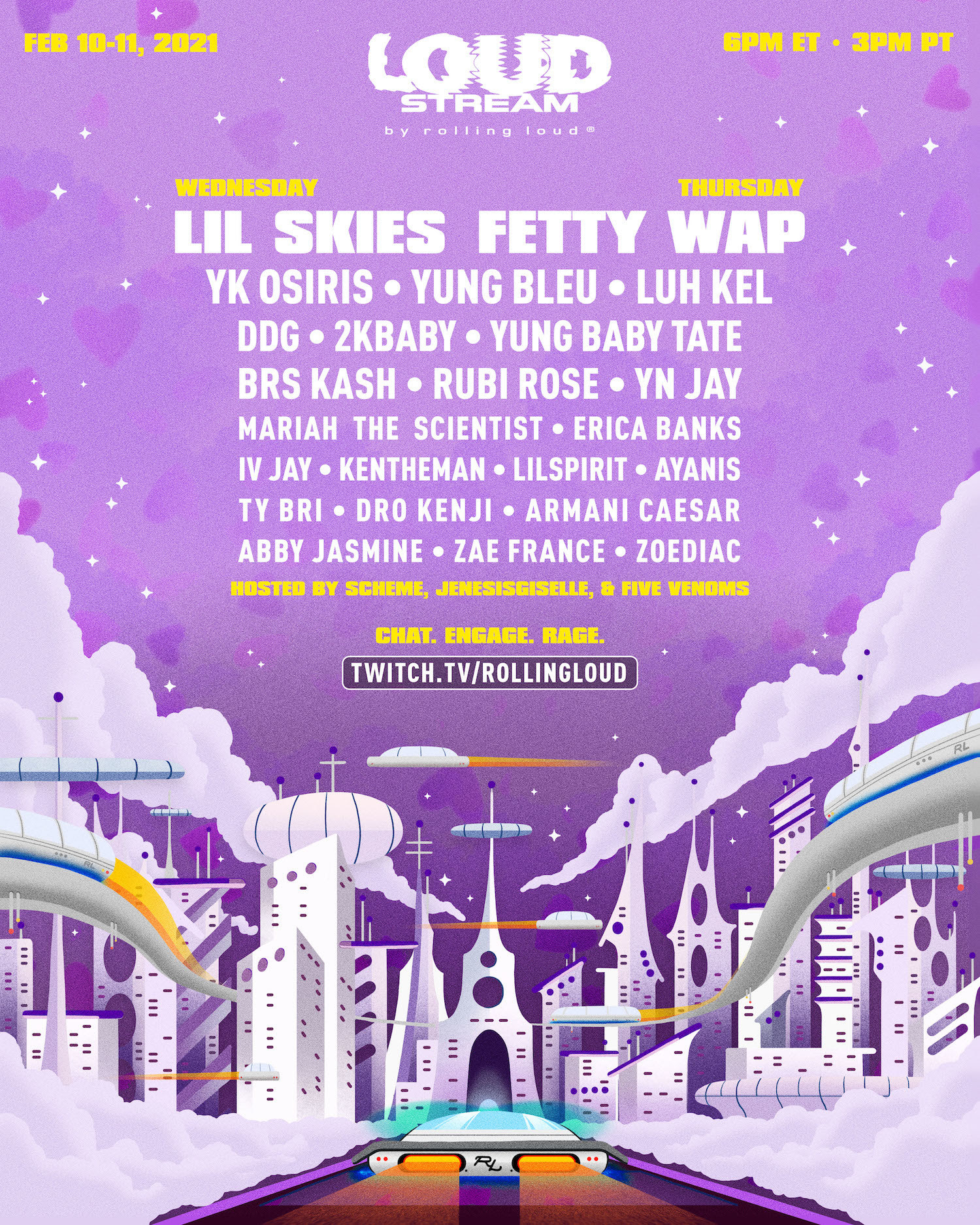 Masters of the pandemic pivot, Rolling Loud drove the culture with livestream festivals and weekly hip-hop conversation in 2020. Ready to keep the momentum going into the new year, the world’s largest rap festival announces the next “Loud Stream,” once again bringing the Rolling Loud experience into living rooms nationwide.

Like all Rolling Loud events, the upcoming virtual festival boasts a lineup packed with some of the most vital rising talents in hip-hop. Joining the headliners will be Hot 100-charting upstarts like Yung Bleu and DDG, melodic masters like YK Osiris, Blxst, 2KBaby,and Luh Kel, and heavy female representation with Rubi Rose, Yung Baby Tate, Mariah The Scientist, KenTheMan, plus many more.

Rolling Loud’s “Loud Stream” events made a major impact on the culture in 2020, drawing in millions of fans to view the spectacle. The first two events each made the Top 10 of Pollstar’s Year-End Top Livestreams chart, generating over 7 million total views between the two of them. Placing at #4 on the Pollstar Year-end chart, their first livestream boasted headlining performances from Swae Lee and Ski Mask The Slump God, and generated over 4.4 million views from over 3 million unique viewers. Offering an elaborate Halloween theme, the second livestream featured headliners Trippie Redd and Gunna and landed at #8 on the year-end chart. Rolling Loud also made waves in December with “Home For The Holidaze,” a single-day special headlined by Rick Ross, attracting over 1.8 million unique viewers.

“Loud Stream” airs from 6pm ET/3pm ET until 12am ET/9pm PT on February 10th and 11th on Twitch.tv/RollingLoud

Subscribe to Rolling Loud on Twitch and visit RollingLoud.com/Twitch to read about subscriber benefits.