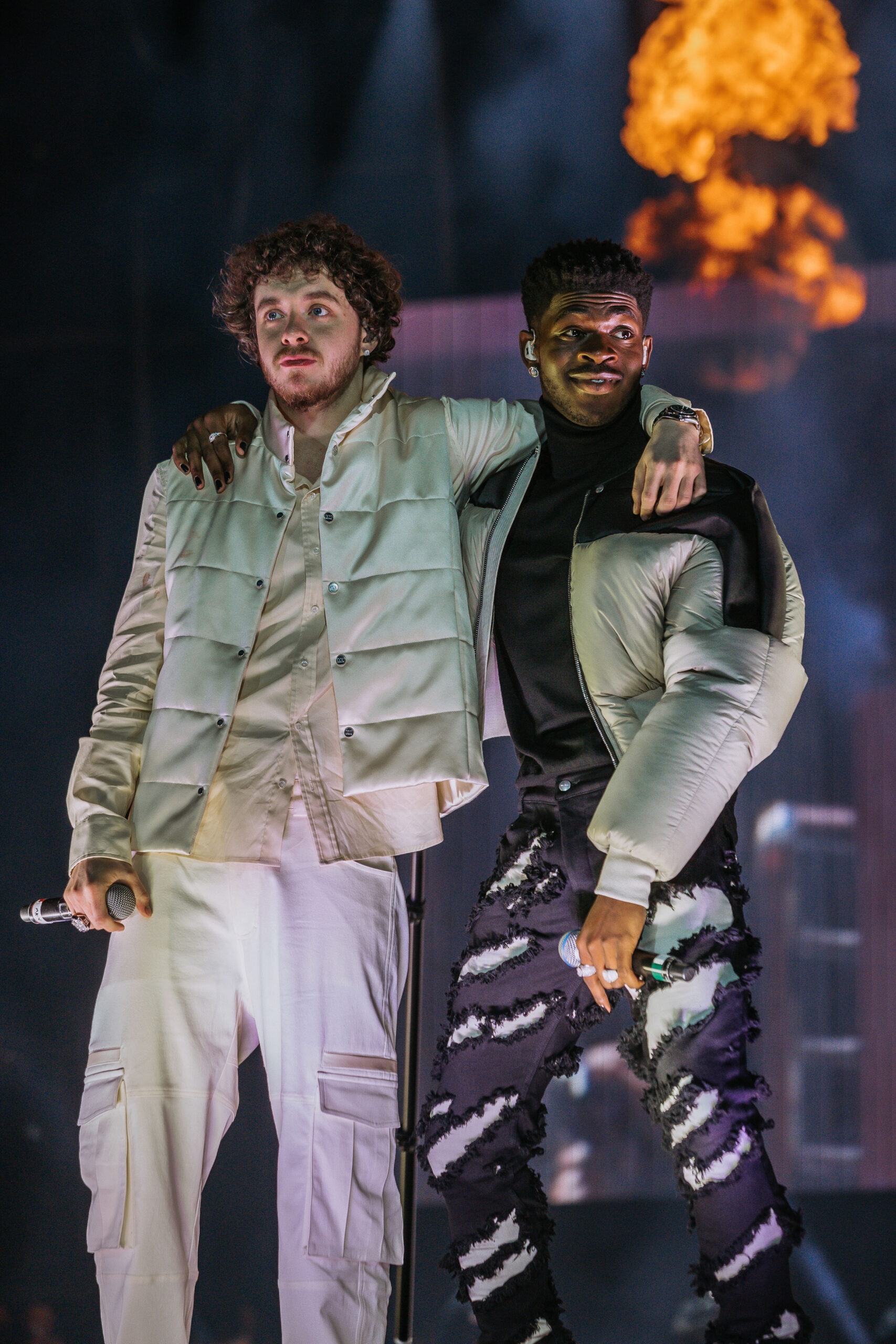 Nestled next to Citi Field in Queens and easily accessible via the subway, Rolling Loud New Yorkhas a unique big city vibe. On the first day of the 2021 festival, fans rushed down the 7 Train stairs on a mission to see their favorite rap stars in all their glory. Headlined by 50 Cent, Thursday’s festival had unmistakable New York flavor–in addition to 50, the day saw performances from local heroes like Young M.A.,Joey Bada$$, and more. Along with the credited performers, which included big names like Lil Uzi Vert and Gunna, many artists brought out special guests including Lil Nas X, who performed “Industry Baby” with Jack Harlow, and A$AP Rocky, A Boogie Wit Da Hoodie, and DaBaby, who performed during 50’s set.

With one eventful weeknight in the books, Rolling Loud looks to go even bigger this weekend, bringing headlining performers J. Cole and Travis Scott plus dozens more of hip-hop’s most notable names. Keep your eyes peeled.

Check below for some highlights from a thrill-inducing Thursday at Rolling New York 2021.