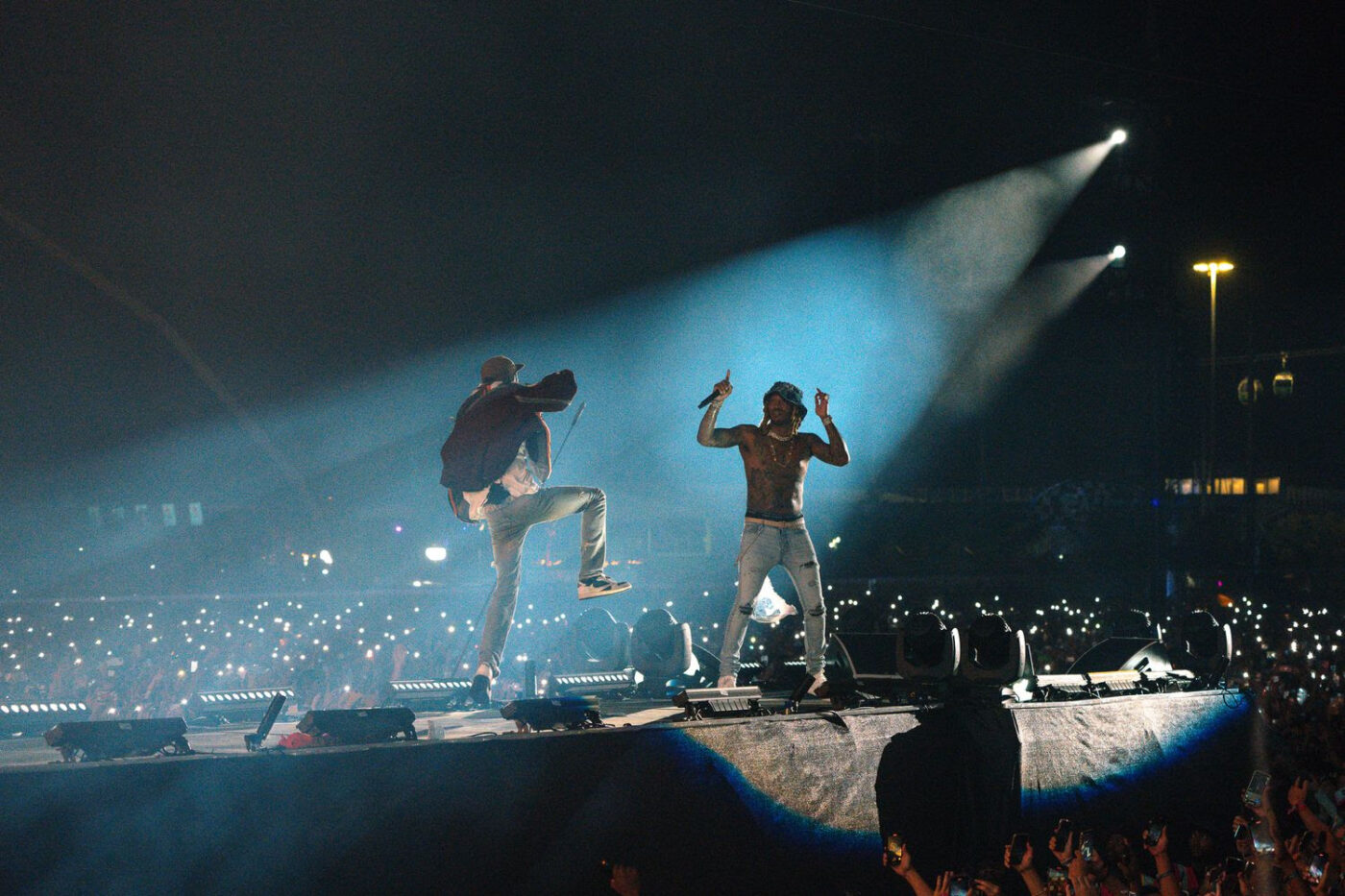 With a record-setting five stages occupied by the hottest talent from all corners of the rap universe, day two of Rolling Loud Miami saw the dirty south steal the show with trap legends like Gucci Mane, Kevin Gates, Soulja Boy, and City Girls. Fellow Floridian Saucy Santana had one of the biggest day-time crowds jumping as he tossed a signed Prada jacket to fans along the barricade.

Headliner Future stole the show by bringing the trap to Hard Rock Stadium, alongside special guest Travis Scott. Earlier in the night, Rolling Loud mainstay Lil Uzi Vert lit up the main stage, while wearing their newly announced pronouns “They/Them” across their chest.

With a lineup this saturated with stars, fans never had to look far for one to wish upon, and two young fans got to see theirs come true. Thanks to the Make-A-Wish Foundation, the pair of teens got the once-in-a-lifetime opportunity to grace the stage of the world’s largest hip-hop festival alongside their favorite rapper, Ski Mask the Slump God on his home stage, with co-founders Matt Zingler and Tariq Cherif.