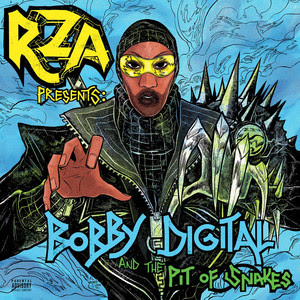 Rapper, producer, actor and filmmaker RZA brings back his alter ego, Bobby Digital, once again for a brand new graphic novel and soundtrack, RZA Presents: Bobby Digital and The Pit of Snakes, both to be released on July 22, 2022.  Fans can preorder the graphic novel here and the soundtrack here.

The first single, “We Push,” by Bobby Digital featuring Stone Mecca, is out today, and was co-produced by RZA and Stone Mecca.