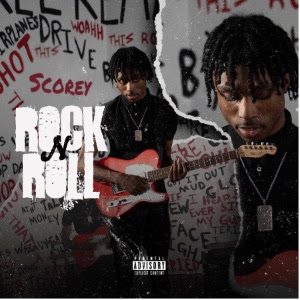 Scorey taps into his rock side with the release of his new single “Rock N Roll.” The eagerly anticipated guitar lead track was written by Scorey and produced by WIZARDMCE, Ethan Carr & TOXICPLUG. Watch the Adrian Per directed music video

The rising 22 year old Syracuse, NY native was recently named one of Audiomack’s 10 Rappers You Should Know Right Now April 2021. He is currently in the studio working on his debut project to be released this year.