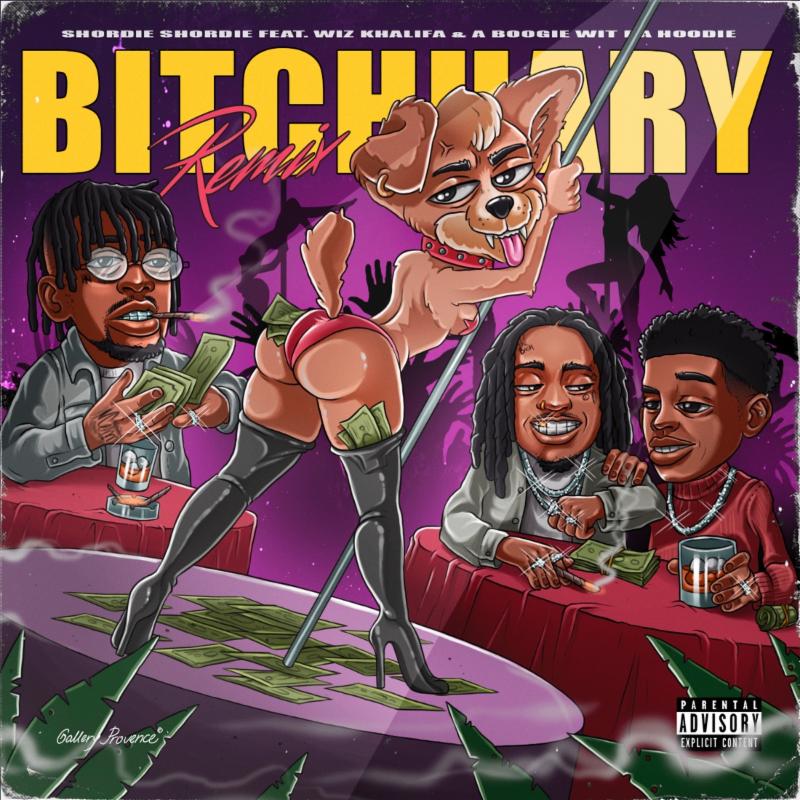 Baltimore’s Shordie Shordie shared a scorching new remix to his smash “Bitchuary (Betchua)” with special guest features from Wiz Khalifa and A Boogie wit da Hoodie. The original song appeared on his debut project Captain Hook, released last December. Since its release, “Bitchuary (Betchua)” has taken the summer by storm and amassed nearly 83 million cumulative streams across all platforms including the music video which first began the groundswell around the track. It has been included in playlists such as Spotify’s “Rap Caviar,” “Get Turnt” and Apple Music’s “It’s Lit,” “On Repeat” and “The Plug.” Starting next week, Shordie Shordie will embark on a short string of shows kicking off on July 18th in Brooklyn at Baby’s All Right, making his way through San Francisco and wrapping in Los Angeles on July 27th (details below). Shordie Shordie continues to rise, gaining the attention of The FADER (GEN F),XXL, Flaunt Magazine, Genius and more!