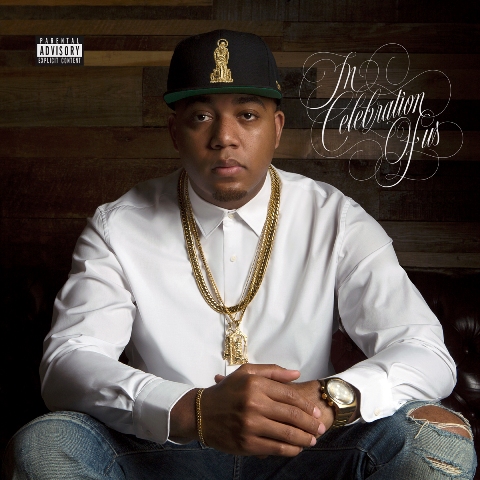 In Celebration of Us is easily the most complex, most layered and most important work to date, no debates in Skyzoo’s distinguished career. His greatest piece thus far. Produced by Illmind, Apollo Brown, Daringer, Marc Nfinit, Cardiak, Tuamie, Ave Prod., Seige Monstracity, and Arte Mitchell. No rap features, Skyzoo got enough raps. These are stories that, like The Salvation, he preferred to tell on his own. Sky has never been this meticulous about an album in his life. Conceptually, this is Ta-nehisi Coates meets Chappelle’s Show meets The Autobiography of Malcolm X meets Blackish meets the case of Sandra Bland meets the birth of Air Jordans. It’s intense. And it’s beautiful!!

“On this album, I wanted to tap into the present, more so than any other album of mine as far as full projects. Music of the times is the best way to describe it” Skyzoo stated. “From cultural appropriation and gentrification to police brutality and the irony of motives behind bigger motives, it’s an album that explores who we are and why we are where we are in society, as a people. What’s been done to us and what we’ve done to ourselves, mainly out of confused necessity, all while celebrating us in the process.  I’m honored to be able to give my take on our story”.

Today, via an exclusive premiere with Complex, Skyzoo shares the lead-singe, “Bakers Dozen,” featuring Raheem Devaughn from In Celebration of Us.  “On “Baker’s Dozen”, I wanted to explore the world I know, same as I always have throughout my career, but from the perspective of what once was, currently is, and probably will foreseeably be, by diving into what happens when things like gentrification take place in that world” Skyzoo commented to Complex. “The idea of desire and attainability, by all means; regardless of the changes around you. The muse for the record was D’Angelo’s ‘Devil’s Pie’, which prompted me to bring in my brothers Apollo Brown and Raheem Devaughn, whom I’ve frequently worked with in the past. The energy they brought to the record was flawless. Vision fulfilled indeed!”

Skyzoo’s In Celebration of Us featuring guest spots and production by Raheem Devaughn, !llmind, Apollo Brown and more hits stores and all streaming sites 2-2-18 via First Generation Rich/EMPIRE.  Pre-orders are also now available as well.