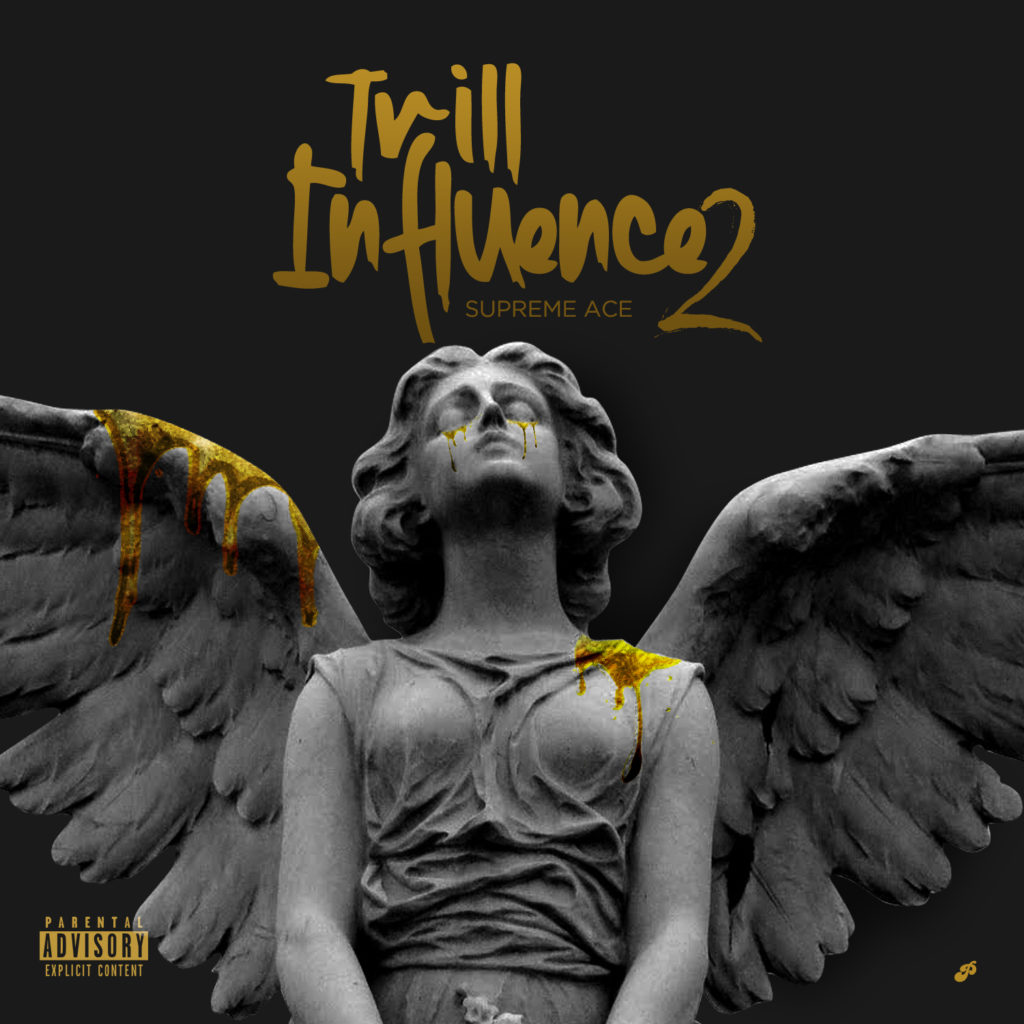 Denver’s Supreme Ace has been a name that’s been coming up more often over the last year, being one of the more popular artists coming out the city. Over the years Supreme Ace has kept his foot on the pedal, collaborating with Dizzy Wright, Sy Ari Da Kid, Cyhi The Prynce, Nipsey Hussle and Tate Kobang, to name a few.
Recently signing with EMPIRE, Ace brings us his highly anticipated “TRILL INFLUENCE 2”  which is the second installment of the Trill Influence trilogy.
“After the success of the first installment, I decided I would do two more. Like a trilogy with part two being completely different than the first. Each project is like a milestone. One step closer meaning one step deeper into my lifestyle, and what goes through my mind. This project is deeper than the first. This project shows the growth and how far I’ve come,” Ace shares with us.
The tape is stacked with guest appearances from Ye Ali, Michael Christmas, OG Maco, Wave Chapelle, Mir Fontane, Jace of Two-9, JAG, Mikey100k, Trev Rich, Ted Park, and KINGRYTHEFIRST. Production is handled by Cardo, CashMoneyAP, 808 Mafia’s Purps, 30 roc and more.
Stream the 11-track body of work below.
Twitter:
@SupremeAce