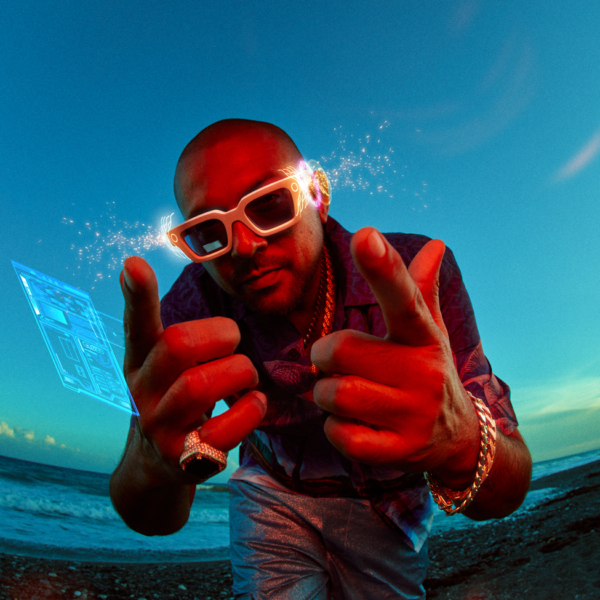 Founded in 2019 and spearheaded by Jamaican-Canadian artist, Lexxicon, AFROWAVETO’s mission is to provide  growth opportunities for Black multi-genre musicians working within the Toronto music industry and to produce world class festival moments featuring international superstars. “This festival means everything for Black music in general, and dancehall and reggae culture in Toronto in particular. We started with monthly showcases and now moving to a festival format will allow us to showcase some of Toronto’s amazing talent as well as bring some legendary international acts to the city,” says AFROWAVETO founder Lexxicon. “We’re here to build the Afro-Caribbean musical community here in Canada to lay the foundation to birth the world’s next Canadian superstar.”

After debuting online in 2021, this will be the first year that the acclaimed AFROWAVETO festival takes place in-person, with an incredible night at HISTORY , Live Nation Canada’s newest state-of-the-art entertainment venue. 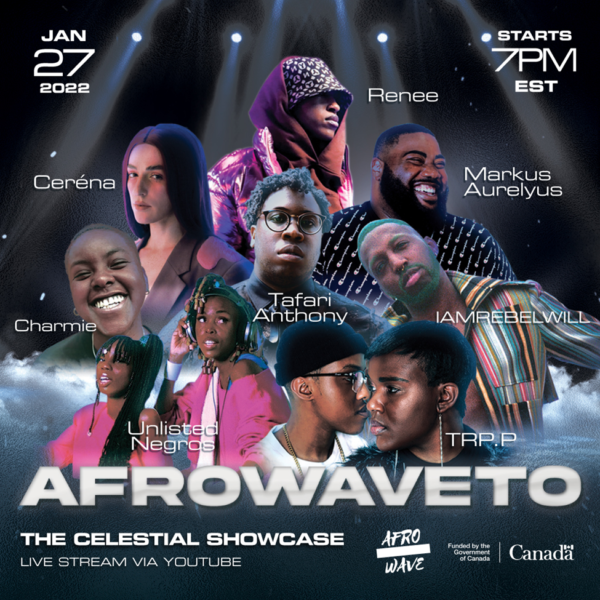 TRP.P (pronounced “trippy”) – A R&B and hip-hop duo from Toronto, consisting of producer Truss and singer-songwriter pHoenix Pagliacci who’s critically acclaimed debut album 2TRP.P was named the 10th best Toronto album of 2019 (Now Magazine) and who have opened up for Kehlani, Mumu Fresh and Charlotte Cardin.

Tafari Anthony (pronounced “Ta-far-eye”) – Tafari’s pop, R&B and soul music blend has garnered acclaim from PAPER Magazine and MTV, and he’s been nominated for a Toronto Independent Music Award, with one of his past singles being named one of CBC’s Most Influential Songs of 2016.

IAMREBELWILL– This pop/R&B musician has opened for Azealia Banks, Tinashe, and on past singles has worked with critically acclaimed producers including Jack Knight (Diddy, Keyshia Cole, Mario Winans) on “Better”, and with Mantra (Rihanna, Future) on his “Til the Sun Comes Down” song.

Markus Aurelyus – A singer/songwriter from Scarborough, Ontario with a unique R&B vocal style that’s influenced by gospel, soul, pop and hip-hop, Markus has performed on stage with Jully Black, DVSN and has recorded with Serena Ryder, and DVSN.

Cerena – The Latinx dance-pop artist’s 2021 debut album Resurrection launched on the digital community platform she co-founded, Club Quarantine – a digital dance party that began in response to Covid-19 – which has been featured in Paper Magazine, TIME, The New York Times, Vice, and has been hosted by the likes of Lady Gaga, and Tinashe.

Charmie – A passionate R&B and pop-soul singer/songwriter of Haitian descent, who plays guitar, piano, bass, drums and even beatboxes.

Founded in 2019 and spearheaded by Jamaican-Canadian artist Lexxicon , AFROWAVETO’s mission is to provide growth opportunities for Black multi-genre musicians working within the Toronto music industry through intentional music programming, the creation of safe spaces, and through community and cultural connections. While Toronto has a large population of emerging and successful African, Caribbean, Indigenous Black Canadian and Afro Latinx musicians, this is not reflected in the local music festivals, showcases, panels, or song writing sessions held within the city. And while there has been unprecedented growth globally in these culturally-driven sounds, that momentum hasn’t been reflected in the local Canadian market. Successive concert series dates in February and March of 2022 will continue to feature curated artist lineups that cut across diasporic and gender lines – see rest of series lineup BELOW.