Rising in the South on the back of his “gigantic” personality, Big Moochie Grape‘s charisma can’t be contained. Flashing his ice and his million watt smile, Moochie shares “Acting Up,” his brand new music video. Produced by Bandplay, who combines chiming keys with booming 808s, “Acting Up” finds the Paper Route Empire rapper showing off his lockstep flows, dividing his fearless flexes into hypnotic triplets. In the video, directed by HDotRoss, the East Memphis native rocks his PRE chain and plays pool with a homie, as he flirts with a bevy of baddies.

Big Moochie Grape carries East Memphis on his back as one of the shining stars of Paper Route Empire. Moochie shares the video to the namesake track “East Haiti Baby.” 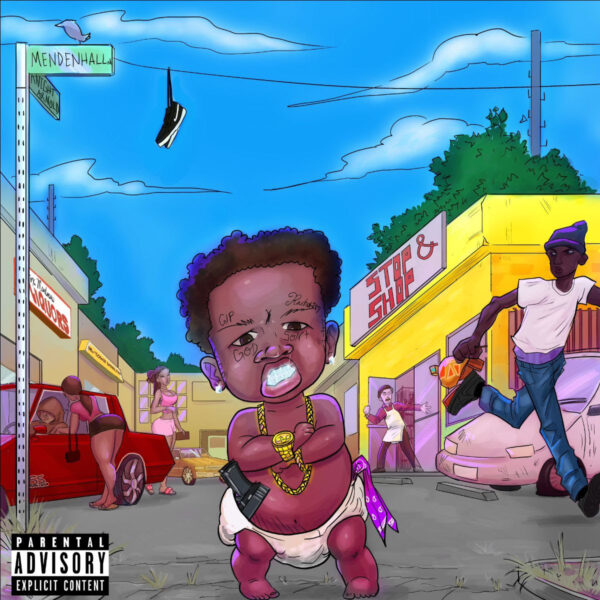 Gearing up for the Friday June 3rd release of East Haiti Baby, Paper Route Empire Big Moochie Grape rapper shares “Uncut & Raw,” his fiery new video single. Produced by Sosa 808, a Cleveland native who is a mainstay in the world of Memphis trap, Big Moochie puts his big personality on display, supporting himself with boisterous ad-libs, adding energy to his stories of his emergence from poverty. You can catch the Memphis native cruising through East Memphis on his dirtbike, puffing on his cigar and rocking his iced out East Haiti Baby chain

East Memphis rapper Big Moochie Grape needed to hustle hard to escape the circumstances of his birth. Recounting his rise from squalor to baller, Moochie shares “Never Had Sh*t,” his new video single. Produced by Bandplay, who layers sliding bass and twinkling keys over hard-hitting 808s and snares, “Never Had Sh*t” finds Moochie locked in, marveling at how far he’s come and celebrating his status as the People’s Champ of Memphis. “Never Had Sh*t” is the latest release from East Haiti Baby, Moochie’s next mixtape, coming May 27th via Paper Route Empire. 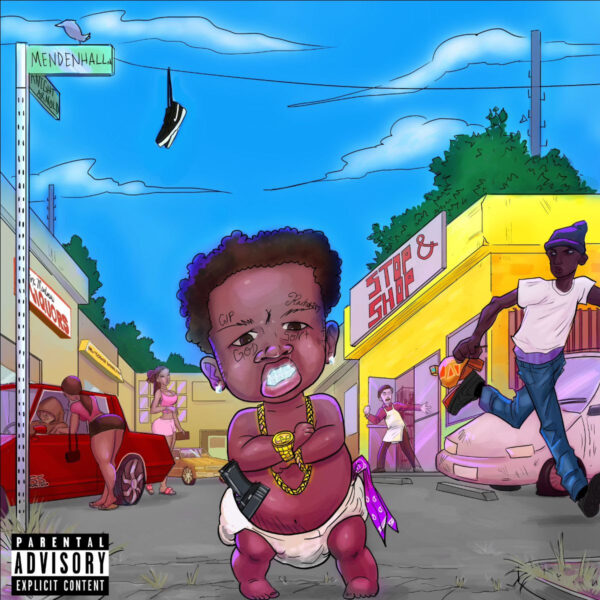 The East Memphis native Big Moochie Grape and Paper Route Empire rising star will be flaunting his flashy flexes and tongue-twisting flows once again on his new mixtape East Haiti Baby, arriving 5/27. With Tennessee-style production from Bandplay and hard-hitting features from Moochie’s fellow PRE fam Key Glock, Kenny Muney, and the late, great Young Dolph, East Haiti Baby chronicles Moochie’s rise from the trap to the top, showcasing the street acumen and sly grin that endeared him to Young Dolph, who hand-picked him for his label.

Buy/Stream “I’m The One”: https://music.empi.re/imtheone

East Memphis’ Big Moochie Grape was hand-picked by Young Dolph who saw a tireless work ethic, unfettered determination, and inexhaustible love for the art of rhyming in the young street favorite. Now, with Dolph looking on, Big Moochie Grape remains as focused as ever on the mission at hand as he releases the video for “In Dolph We Trust” from PRE’s recent compilation album, Paper Route Empire Presents: Long Live Dolph.

The video for “In Dolph We Trust” shows Moochie and his black-clad crew flashing their signature Paper Route  Eye of Providence symbol.

Big Moochie Grape’s malleable flow and big personality have him rapidly rising in the Memphis rap scene. Today, the Paper Route EMPIRE signee shares “Non Stop,” a slice-of-life new music video. Tip-toeing atop Bandplay‘s ominous piano-led beat, BIg Moochie perfects his flexes, name-dropping only the most luxurious of brands during his dexterous verses: “Big baguettes up in my Rollie, yeah, expensive time/Count big racks up in the Maybach, yeah, while I recline.” In the video, Moochie shows us how he lives, traveling from a graveyard, to the corner store, to the jewelry shop. “Non Stop” follows Moochie’s video for “iLLUMINATi Business,” released last month.

Busting out of Memphis with a dexterous flow and a diamond-studded smile, Big Moochie Grape is one of his hometown’s most gifted emcees. Celebrating his rise from the trenches to the A-List, the Paper Route EMPIRE-signed rapper shares “iLLUMINATi Business,” his new music video. Produced by Atlanta beatmaker Twysted Genius, who stacks rattling snares and ominous piano notes, Moochie flashes a variety of in-the-pocket flows, rhythmically explaining how the Paper Route iLLUMINATI move differently from the average crew: “Pull up in the Hellcat, playin’ with a kitty cat/Big money sh*t, b*tch I’m not with the chit-chat.” The video contrasts images of Moochie’s high-rolling Memphis lifestyle with a collage of images that indicate just how deeply the Paper Route iLLUMINATI has buried itself within nature and society.  “iLLUMINATi Business” is the closing track and latest video from PAPER ROUTE iLLUMINATi, following Young Dolph‘s clip for  “Here We Go,” and Joddy Baddass‘s sultry video for “333.“ 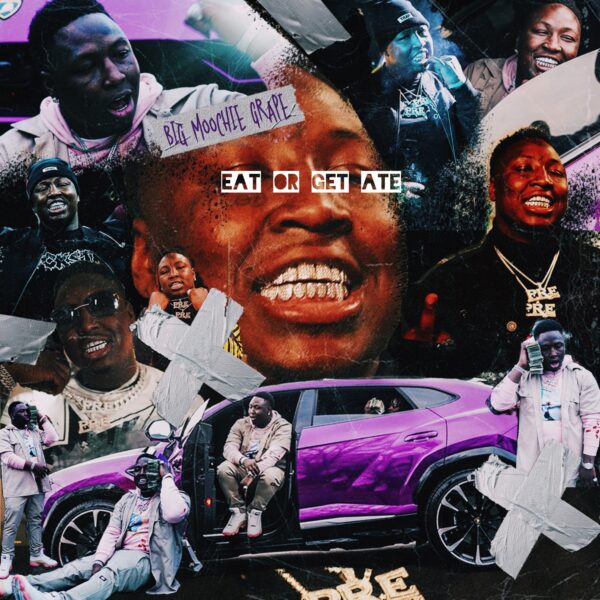 Stacking punchlines and boasts with an audible grin, Paper Route EMPIRE riser Big Moochie Grape has got the juice. Reporting live from his colorful corner of East Memphis, Moochie shares Eat Or Get Ate, his debut EP. A relentless assault of double-time rhymes and outsized flexes, Eat Or Get Ate is propelled by Moochie’s palpable hunger–he’s determined to strike it rich, and he’s gonna do it his way.

Along with the EP, Moochie shares the new video for “Clusters.” Produced by Bandplay, “Clusters” finds Moochie–or as he calls himself, “Moochie Hilfiger”–unleashing an endless array of flex-heavy punchlines in a fast-talking flow. In the video, Moochie gives us a glimpse of his boss life in East Memphis. He spends the video shirtless (with two PRE chains) in the company of two baddies, as he sips purple Kool-Aid in the kitchen, dances on the roof, and perfects his arcade skills.