With his silky smooth tenor and trap-romantic versatility, Georgia’s Chino Cappin persevered through a turbulent past to become the rising star he is today. The Fort Valley-born artist returns today to drop the new video for his Jacquees-assisted slow jam, “Disrespectful.” A standout from his recent project, Permanently Scarred, the sweetly toxic anthem is anchored by  luscious guitars and intricate chords, courtesy of frequent Jacquees collaborator, Nash B.

The BPace-directed video sets a steamy scene as Chino reclines with a lingerie-clad lover, as he vents his frustrations with another woman, and Jacquees spends quality time with a baddie in the back room of an Atlanta club.

Armed with a golden voice and a determination to succeed, Chino Cappin emerged from rough circumstances to become one of the most promising artists in the Georgia hip-hop scene. In his new video for “Permanently Scarred,” Chino reveals that he didn’t escape from the trenches unscathed. Emoting over bluesy guitars with a melodic rasp, Chino resolves to work hard through his trauma to support his family: “I done seen some sh*t I can’t say, left me traumatized,” sings Chino. Directed by BPace, the new video portrays the duality of Chino’s high-flying lifestyle and the pain that he can’t help but feel even in his most triumphant moments. 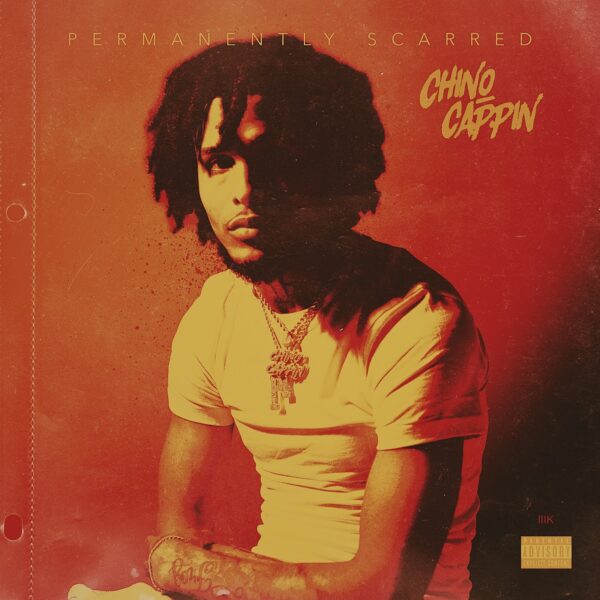 A rising star in the ever-competitive Atlanta scene, Chino Cappin has carved out his own lane with true-to-life lyricism and R&B-flavored flows. Improving on his craft as he continues his come-up, Chino Cappin delivers an impassioned exploration of the pain that molded him with his new project, Permanently Scarred. Armed with his signature raspy tenor and agile delivery, Chino drifts seamlessly between colorful melodic runs and hard-biting triplet flows.

Rising in the ATL scene with his silky smooth blend of hard-nosed rap and tuneful R&B, Chino Cappin is ready to take his next step on the ladder to stardom. Detailing his life as a burgeoning star as he explores the pain that made him who he is, Chino announces Permanently Scarred, his next project. The 21-year-old artist is blessed with raspy tenor and a nimble delivery that allows him to switch seamlessly between acrobatic vocal runs and triplet rhymes. On Permanently Scarred, Chino levels up his songwriting, combining his supreme vocal skills with a refined lyrical approach: on songs like “Been A Minute” and recent single “Permanently Scarred,” Chino displays the determination that allowed him to escape a troubled past, and on uptempo numbers like “Money Crazy” and “Toxic,” he proves why he’s one of the most eligible bachelors in the Atlanta area. Home to buzzing singles like  “Last Time,” a collaboration with Atlanta’s PopLord that has over 1.4 million views on YouTube, and  “Demon,” which has over 470k of its own, Permanently Scarred arrives on January 28th via Alamo Records.

Straddling the line between romantic R&B and street savvy hip-hop, Chino Cappin is solidifying his status as one of Georgia’s most masterful melodists. Proving that his silky smooth vocals translate extremely well to a live setting, Chino shares his new song “Ed Edd Eddy,” performed live as an exclusive with 4 Shooters Only. Harkening back to the classic Cartoon Network series, “Ed Edd Eddy” is an uptempo and braggadocious heater, as Chino talks his smack with an infectiously rhythmic flow: “Count a hunnid with my eyes closed, tell me how that feel now?”

Performing “From The Block” and singing his heart out into a dangling microphone, the ski-masked Chino demonstrates his ability to remain grounded in where he came from even as his talent and profile continues to grow.

Ready to blow up out of rural Georgia, Chino Cappin has built a devoted fan base through his ability to synthesize street rap and passionate R&B. Exuding confidence while flexing his cash, the Fort Valley native shares “Demon,” his new video. Directed by BPace Productions x Goodfellas, the video catches Cappin bouncing between an at-home BBQ with his friends to riding down a Georgia highway while he hangs out the side of a van. Making it known that family comes first, Cappin raps “Middle finger to that girl I know she mad at me / Right there with my daughter where I’d rather be.” Chino Cappin may be a hometown hero and an eligible bachelor, but his child and his career come first in his world.

“Demon” will appear on Permanently Scarred, his new project. Characterized by his usual down to earth lyrics, the new album follows his recent project Ladders and continues his artistic growth. The upcoming project is home to his recent single, “Til The Morning,” a sultry slow jam that was accompanied by a video filled with Casamigos tequila and beautiful women. Permanently Scarredarrives this fall via Alamo Records.

Rising out of Georgia’s busy music scene with his silky smooth pipes, Chino Cappin splits the difference between hard-nosed trap and romantic R&B. Presenting himself at his most seductive, the 20-year-old Georgia native shares “Til The Morning,” a sultry new slow jam. Skating atop wah-wah-ing guitars and swelling keyboards, Chino spins an explicit bedroom jam, using the raspy edges of his voice to work an in-the-pocket cadence that slides between the song’s 808s. In the video, Chino presides over a bustling house party, as he pours Casamigos tequila and dances with beautiful women. Available to view on YouTube, “Til The Morning” is the latest video to follow in the wake of Ladders, Chino’s new project, out now via Alamo Records.

Blurring the lines between hard-nosed trap and romantic R&B, there’s nothing that Chino Cappin can’t do. Jetting down to Miami for an action-packed excursion, Chino Cappin shares “Money On My Mind,” his latest music video. Built on a sample of Willie Hutch’s classic “Brother’s Gonna Work It Out,” used in Ro James’ “Permission” among other hits, “Money On My Mind” is a showcase for Chino’s buttery-smooth delivery, his triplets bouncing off the edges of the soulful guitar in lockstep with the swinging snares. In the video, Chino travels down to Miami, where he spends time on a boat with two beautiful women, and riding on three-wheel roadsters with some homies. “Money On My Mind” is the latest video from Ladders, Chino’s brand new project, following the playful clip for opening track “Still Loading.“ 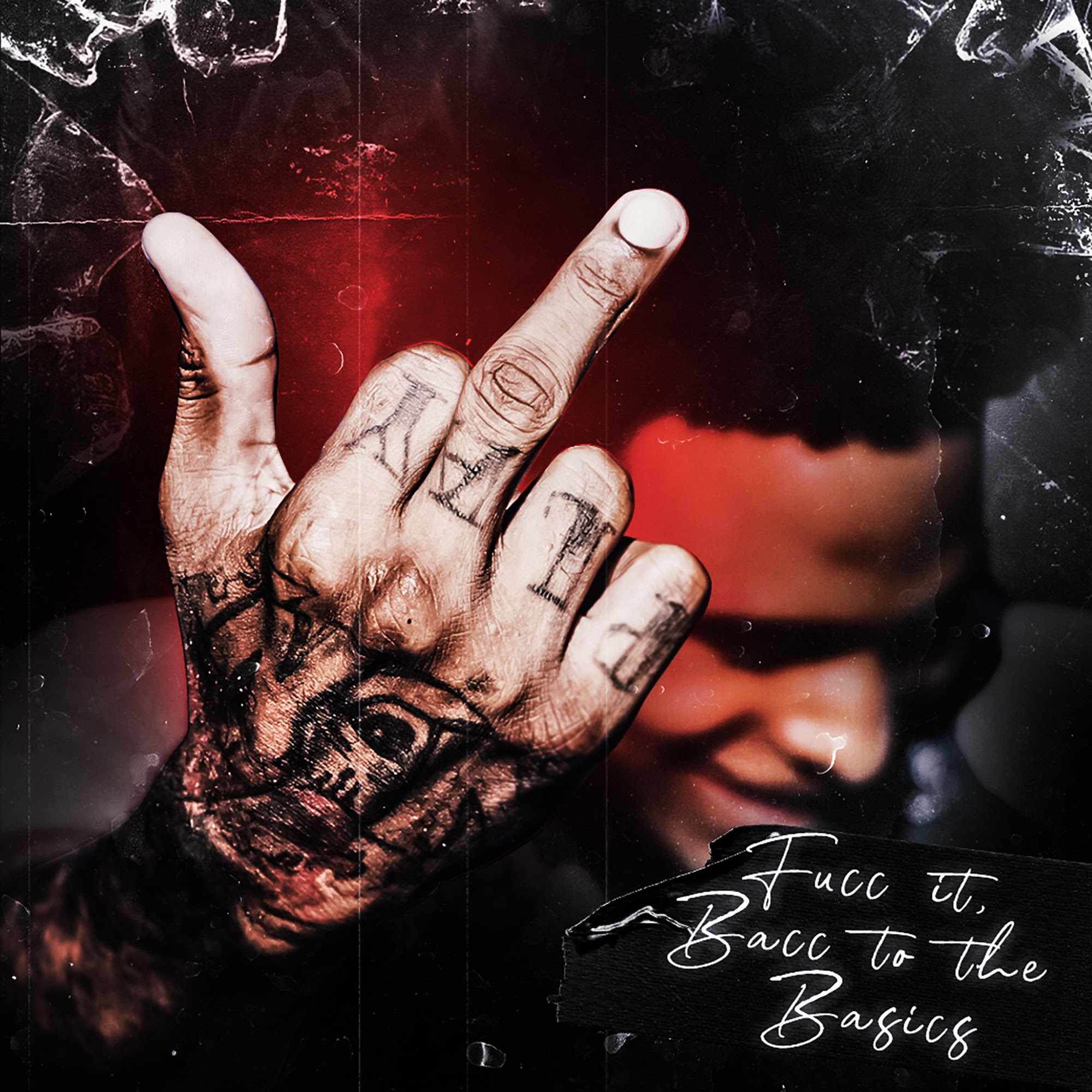 Chino Cappin is a student of the game, immersing himself in the music of his idols to inform his own burgeoning artistry. Showcasing his smooth melodic raps over classic beats from hip-hop and R&B hits, Chino shares F*CC It BaCC To The BasiCs, a new mixtape. The new mixtape features instrumentals from all eras, but focuses on the turn-of-the-millennium, a moment when hip-hop and R&B closely intertwined and took cues from one another. Chino’s style fits perfectly into that hybrid era–he has a rapper’s sense of rhythm and pipes as smooth as an R&B idol’s.

F*CC It BaCC To The BasiCs features instrumentals from songs that the Fort Valley, GA native loved as a kid: Chino floats above Mannie Fresh’s handclap-heavy bounce from Cash Money Millionaire’s “I Need A Hot Girl” on “Hot Girl,” dances between Jam & Lewis’s sonorous bass from Usher’s “U Remind Me” on his “Venting,” and croons over acoustic guitars in “Missing You,” his update of Tamia’s “Officially Missing You.” The tape gives a home to “ZaKeisha,” a recently released freestyle over the beat from Moneybagg Yo’s “Wockesha,” itself employing the same DeBarge sample famously used in songs by Ashanti and The Notorious B.I.G., as well as successful singles like the Fabolous-interpolating “On My Last” and “Shine“ (430k views on YouTube), which doesn’t use a sample.

With a honeyed tenor and an underdog mindset, Georgia rap-R&B hybrid Chino Cappin won’t stop ’til he reaches the top of the game. Giving the visual treatment to his latest anthem, Chino shares the video for “On My Last.” Featuring a sample of Fabolous’s 2003 hit “Can’t Let You Go,” “On My Last” sends a flex-heavy message to snakes and fake friends that he won’t forget how they treat him before and after he blows up.

In the video, directed by ShotByWolf, Chino calls up a barber to freshen up his beard before recruiting a loyal squad in his hometown of Fort Valley. Chino dons a vintage Clyde Drexler Trail Blazers jersey and a stylish pair of glasses and shows off his Louie V bag as his friends ride dirtbikes and play basketball in the background. “On My Last” is Chino’s first video since “Shine,” which has over 423k views on YouTube since its March release. Chino recently shared a live performance video of “Shine,” in which he’s accompanied by a string quartet.

Buy/Stream “On My Last”: http://smarturl.it/OnMyLastChinoCappin