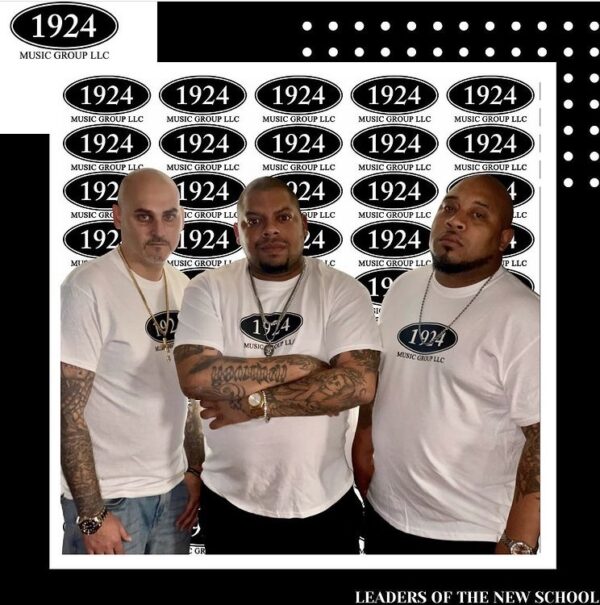 With the New Year underway, this will be an influx of new music and talent that will come to the forefront in music. With the help of independent labels such as 1924 Music Group, artists have a real shot of making it big with the right guidance. Sometimes all you need is a strong team, financial backing and credible resources to support your musical aspirations. 1924 is destined to create a safe space for artists to grow and develop, while being a positive force in the greater Baltimore, Maryland area as there are no major recording labels in Maryland.

I had the pleasure of chatting with 1924 Music Group co-founder Ivory Hawthorne for a candid conversation to learn more information about this budding record label. As he gave more details of the label’s origin, artists on the roster and plans for the future, it is clear that 1924 Music Group will leave a lasting impact on the music business. Check out the interview below.

Where is 1924 music group located?

Ivory: 1924 is located on the east coast in Baltimore Maryland where me, my brother Jay and Malcolm Allen are all from, born and raised. 1924 Music Group was founded as a joint venture between me and my brother.

What services do you provide in the music industry?

Ivory: We provide music production, artist management, artist development, production in songwriting, videography and photography, and clothing merchandise services to creatives who are in need of these types of services.

Are there any joint partnerships 1924 Music Group has?

Ivory: To be a full-service company that provides opportunity for all genres of artist as well as any opportunity in the entertainment business overall.

What was the driving force behind founding 1924?

Ivory: Working for so many other different companies in the past, I noticed that they lacked the effort in making sure that their product was at its best. There was no training or any pressure in the build up stages which creates the diamond that an artist can become through hard work. As a result, we decided to do what others wouldn’t do anymore, which is provide good service and build up great talent!

What makes your company stand out?

Ivory: We are a small company who has the capability of providing mainstream opportunities for those in need of them. We pride ourselves on educating in the area of entertainment to set the artist in the right direction. Making sure that they are well prepared, social media trained, and developed as an artist are things we pride ourselves on at 1924.

Do you all have any career accomplishments worth sharing?

Ivory: I had a past partnership with Group West Ave. and was signed to Lyfe Jennings’ Jesus Swings Records in 2007. Outside of that, I provided management for a former upcoming group (Just’us)  who at the time was signed to a production deal through the Queen of Hip Hop Mary J Blige’s Matriarchs Records label in 2009. Fast forward to 2017 in which i inked a  Partnership with (PBM) Phantom Boyz Music on behalf of the female singing group Riplay who was signed to PBM/ Def Jam Records in 2017. Outside of the music business, I own two clothing stores called “The Brand Clothing Store”. The first location opened up in the Baltimore area and I have a new location in Raleigh, North Carolina!

How do you all plan on making a difference in the industry?

Ivory: Simply by doing things with passion and not just focusing on making a profit. We are a company that believes in the old strategies of making sure that the artist is more than just talent. We make sure that they are educated in what they’re involved in, giving them a sense of appreciation for what they’re doing and showing them how to obtain it through effort and hard work. This brings appreciation and longevity!

Are there any projects you all are working on worth mentioning?

Ivory: Currently we are working on Yung Inkky’s new EP release following his December 2021 release “Whole lot of Money”,  along with R&B veteran and lead singer of Gold selling 90s R&B group Iysis, miss Qui Qui Martin who has new music on the way. We have several projects in the works from artists on the label such as Tio Taylor, GG C Mals and Kpx! 1924 will also be  collaborating with major Grammy nominated multi platinum producers such as Spunk Bigga, Rihjay Sampson, Troy Taylor and Drumma Boy.

What do you want the audience to know?

Ivory: There are no unrealistic goals in life. You can be whatever you want and whoever you want. There are no limits to what God says is possible but there are unrealistic deadlines. Stop putting a timeframe on your success and keep working. Eventually you will get there as long as you stay moving forward, The rainbow comes After the storm!

If you are someone looking to get a fresh start in the music business as a rising artist, producer and songwriter, be sure to stay connected with 1924 Music Group by visiting their official website here and by following them on social media at  1924music_group. They are the future of independent labels.