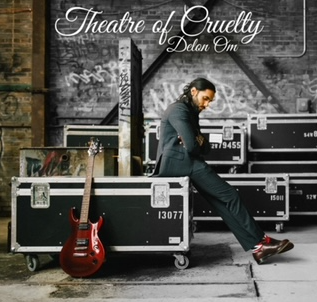 Pop sensation Delon Om dropped his new EP, “Theatre Of Cruelty.”  The EP was produced by David Neale (Karl Wolf, Danny Fernandes, Carlos Morgan, Peter Jackson).  Neale, whose work has aired on BET, TSN, Breakfast Television & CNN Hero’s, is a longtime associate of Om’s.  Om is coming off the success of his last EP, The Gentleman & Scholar with Canadian Latin Award winner, BENANTHONY LAVOZ. The EP produced the hot single, ‘One More Time.’  Om knew expectations were high for his next release.  “Theatre Of Cruelty” brings it home for the multi-talented artist.

Om dedicated “Theatre Of Cruelty” to those who have witnessed cruelty in their own lives. Om draws on his personal life experiences living in a dysfunctional family and the pain that it caused, leading him to retreat into his music as a refuge against the pain.  Music never let him down.  The EP addresses racism, discrimination, sexism, and the toll on our mental and physical health.  Music can be a healing tool if you let it.  From the intro entitled “Theatre of Cruelty” which captures the legacy of residential schools and anti-Indigenous racism in Canada, to the lead single “Someone Special to Me” that speaks to social media dysmorphia and young women, “Theatre Of Cruelty” will speak to you.

Canadian Latin Pop sensations BenAnthony Lavoz and Delon Om, dropped their new EP “TheGentleman & Scholar.”  Coming off the success of their summer hit single “One More Time” the pop sensations went dark for their new project. The multi-talented artists wanted the lyrics of their new EP to describe the struggles we keep to ourselves, the ones that lead us to walk in the darkness.  Lavoz and Om brought in some heavy hitters to produce “The Gentleman and Scholar.”  The EP was produced by David Neale (Karl Wolf, Danny Fernandes, Peter Jackson) and multi-platinum Grammy award winning producer, Sensei Musica (Fat Joe, Pitbull, and Shakira).  The projectserves as an emotional outlet for Lavoz and Om, who bring to the table a genuine connect and passion.  “The Gentleman and Scholar” reminds us that there are many parts that make up who we are, but at the heart of it all … is our truth.  Do we own it, or do we hide?   One of the singles on the EP, “Follow the Leader” features Canada’s own Danny Fernandes.  The three artists connected over their dark pasts to create the song about vulnerability, redemption and finding a new and forgiving path to walk.

BenAnthony Lavoz, a Toronto native and Latin Grammy award winner has performed with Prince Royce, Nicky Jam, Bad Bunny and Ozuna. Delon Om, is a former Canadian Idol contestant, song writer and music producer signed to Ultra Records. Om’s single, “Someone Special To Me” was featured in the critically acclaimed documentary “This is for Toronto.”  Together they produced an EP that speaks to the resilience of the human spirit, in hopes that lessons learned, and paths walked will give others hope and encouragement to step out of the dark and into the light.

“The Gentleman and Scholar” is raw and ready.  Step into the light on all music platforms. 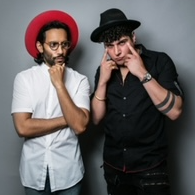 Canadian Latin Pop sensations, Delon Om & BenAnthony Lavoz released “1 More Time” to rave reviews.  Om and Lavoz wanted a single that fans would play over & over again. The kind of song that stays in your head.  “1 More Time” is that song.  Om & Lavoz are the ultimate performers, they know what their fans want & how to deliver it. The raw energy of “1 More Time” will have you singing along in your car and dancing at your next beach party.

Delon Om, a former Canadian Idol contestant, is a Toronto musician and music producer signed to Ultra Records.  Om has produced music for many artists and collaborated with the likes of DJ Alex Gaudino.  The talented artist took the stage at the Caribbean Hall Of Fame Awards where he performed his #1 hit single, “What We Guh Do Now” featuring Juno nominated Trinity Chris.  Om’s next single, “Someone Special To Me” was featured in the critically acclaimed documentary “This is for Toronto.”  Delon Om is here to stay.

BenAnthony Lavoz has had the attention of the Latin music industry for a long time.  The Toronto native has performed with artists Prince Royce, Nicky Jam, Bad Bunny & Ozuna. The hit single “Love What You Do” was the beginning of the artist’s meteor like rise.  Lavoz has performed at World Youth Day, the Latin Grammys & Miami’s Calle Ocho, where he took home Latin Artist Of The Year Award.  The passionate artist is a two-time Canadian Latin Music Award winner for the hit single El Norte, celebrating the Toronto Raptors NBA Championship and his home city.

Combining the passion & power of these two artists “1 More Time” has secured a place for Delon Om & BenAnthony Lavoz on our summer play list and a seat at the Latin Music table.