Stream “Shut the Door” and The Cheater here: https://lilgotit.lnk.to/thecheater 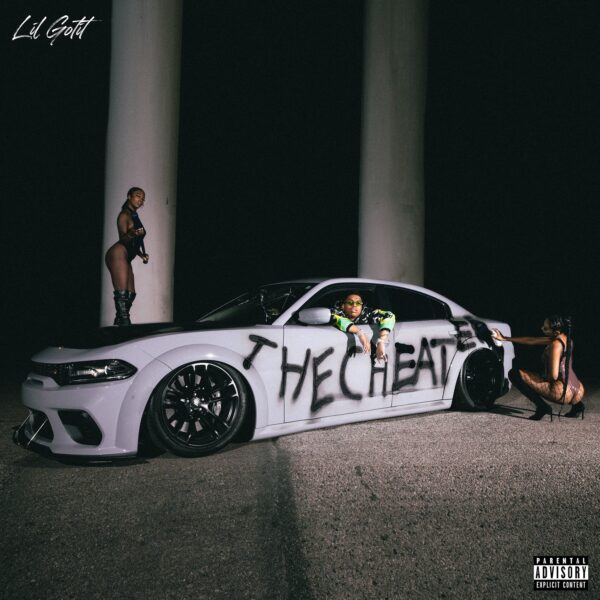 ATL’s own Lil Gotit is readying for his new project! Since 2018, Gotit has introduced the world to the many facets and eras of his life as a burgeoning trap star. He’s brought us into his world as the self-proclaimed ‘Hood Baby,’ ‘The Real Goat,’ and, most recently, the ‘Top Chef Gotit.’ Now, with his upcoming project, it’s time for everyone to get very familiar with his new moniker – The Cheater, arriving 5/4 via Alamo Records.

Atlanta’s one and only “real hood baby” Lil Gotit returns to share “Take Care,” his new video single featuring Toosii and Millie Go Lightly. “Take Care” is the latest dispatch from The Cheater, Gotit’s next album.

The BeDifferent Media-directed video, presented by No More Heroes, sees Gotit and company adorned in black-and-white ensembles as they flex in front of a pair of Hellcats, pop bottles on a PJ, and sport more ice than an igloo. While Millie Go Lightly provides airy, ethereal vocals atop the track’s effervescent instrumental, Toosii and Gotit reflect on their paths to stardom compared to their competitors.

After feeding the streets with Top Chef Gotit, Atlanta’s one and only “real hood baby” must have left the stove running. Continuing to cook up heat and icing any opp that can’t handle it along the way, Lil Gotit returns to share “Walk Down,” his new single and music video. Featuring a guest verse from rising rapper CEO Trayle, as well as spots from Gotit’s associates Biggz and Lil Double 0, the track sees Gotit in his musical element, flashing an unfazed flow over a frantic, menacing trap instrumental. His laid-back bars, juxtaposed with the urgent, booming beat on the track gives a sense that the threat of imminent danger is looming, but not for Gotit. Directed by ShotByWolf, the video finds Lil Gotit and company trading verse after verse, sending warning shots toward anyone bold enough to try them.

An influential figure in ATL who’s earned the confidence of his scene’s biggest stars, Lil Gotit is the heir to the trap throne. Proving that he travels in rarified circles, Gotit shares the cameo-packed video for “Father’s Day,” his new single. Nimbly navigating a seasick trap beat, with off-kilter snares and swirling piano loops, Gotit reveals himself to have ice in his veins, promising that no day is immune from his vengeance. The cinematic video paints a portrait of Gotit’s high-rolling rap star lifestyle, packed with coupes, sold out dates, and cameo appearances from trap loyalty like Future, Young Thug, Gunna, Ty Dolla $ign, 21 Savage, and more. “Father’s Day” is Gotit’s first new song since the release of Top Chef Gotit, the 22-year-old rapper’s 2021 project, executive produced by Gunna.

Gotit is hard at work at his next project, sure to accelerate his ascension into the ATL A-List.

Lil Gotit and Gunna are kindred spirits, each charting their own paths through the ATL scene with uniquely melodic sensibilities. Heading out to the Georgia countryside to indulge in their most extreme urges, Gotit and Gunna share “Work Out,” their new video. Produced by DMC Global & EVRGRN, “Work Out” is a hard-hitting hook fest, with both emcees delivering flawless flexes in between trilling piano filigrees: “New York, steppin’ in Timbs/Draco take off limbs,” spits Gotit. In the video, Gotit and Gunna venture out from Atlanta to hold an impromptu monster truck rally, driving dirtbikes and taking command of a heavy-duty truck emblazoned with Gotit’s favorite phrase (“SLATT”), crushing the cars of some unlucky opps. “Work Out” is the latest video from Top Chef Gotit, the 22-year-old rapper’s 2021 project, executive produced by Gunna himself.

Blessed with the ability to slide in any pocket with a melodic flow, Lil Gotit is establishing himself as one of Atlanta’s most in-demand emcees. Effortlessly flexing in his hometown, Gotit shares the video for “Options.” Produced by Money Muzik, “Options” finds the 21-year-old rapper running through his boss credentials and paying tribute to his trap predecessors like Young Thug and Jeezy. In the video, directed by ShotByWolf, Gotit cooks up in his kitchen, rocking a jewel-studded watch and Puma flip-flops as he plots his next move. “Options” is the latest video from Top Chef Gotit, the Alamo Records signee’s recently released project.

Rising from a soldier to a general in the ATL trap scene, Yung Mal has a bottomless bag of tricks behind the mic. Showing off his melodic mastery, Mal shares “Woah Woah,” his latest video. Floating atop a beat from his 1.5 Da Label producer Gudda Tay, Mal flexes in a staccato auto-tuned flow, stacking flexes alongside fellow ATL heavy-hitter Lil Gotit: “Pull up in them Benzos, we don’t ride no Volvo,” chants Mal.

In the video, directed by Ndoh, Mal, Gotit, and Mal’s young son stay frosty in an enclosed space, the two emcees flirting with models and messing with Nerf guns while showing off their wintertime drip. “Woah Woah” is the latest video from from 1.5 Way Or No Way, Mal’s new mixtape, following the luxurious clip for “Watch Ya Step” ft. Slimelife Shawty, the L.A.-set video for “Wassup Wit Me” ft. G Herbo, recently named the “Must-Hear Rap Song Of The Day” by Pitchfork, and “Walkin,” featuring rising Memphis star Pooh Shiesty.

With his unique sense of melody and capacity for effortless flexing, Lil Gotit is establishing himself as the heir to ATL’s trap throne. Getting the seal of approval from one of the scene’s heavy hitters, Gotit shares “Playa Chanel,” a new video featuring Young Thug. Over a hypnotic beat produced by Supah Mario (Lil Uzi Vert’s “Myron”) and Luca Starz, Gotit and Thug flash complementary styles, Gotit switches up see-sawing melodies and staccato rhythms as Thug uses his higher register to spit outrageous bars.

Directed by Never Panic, the video for “Playa Chanel” finds Gotit and Thug taking their foreigns to a desolate, ornate mansion, where they brave rainy weather with help from models and homies, including Gotit’s brother Lil Keed.