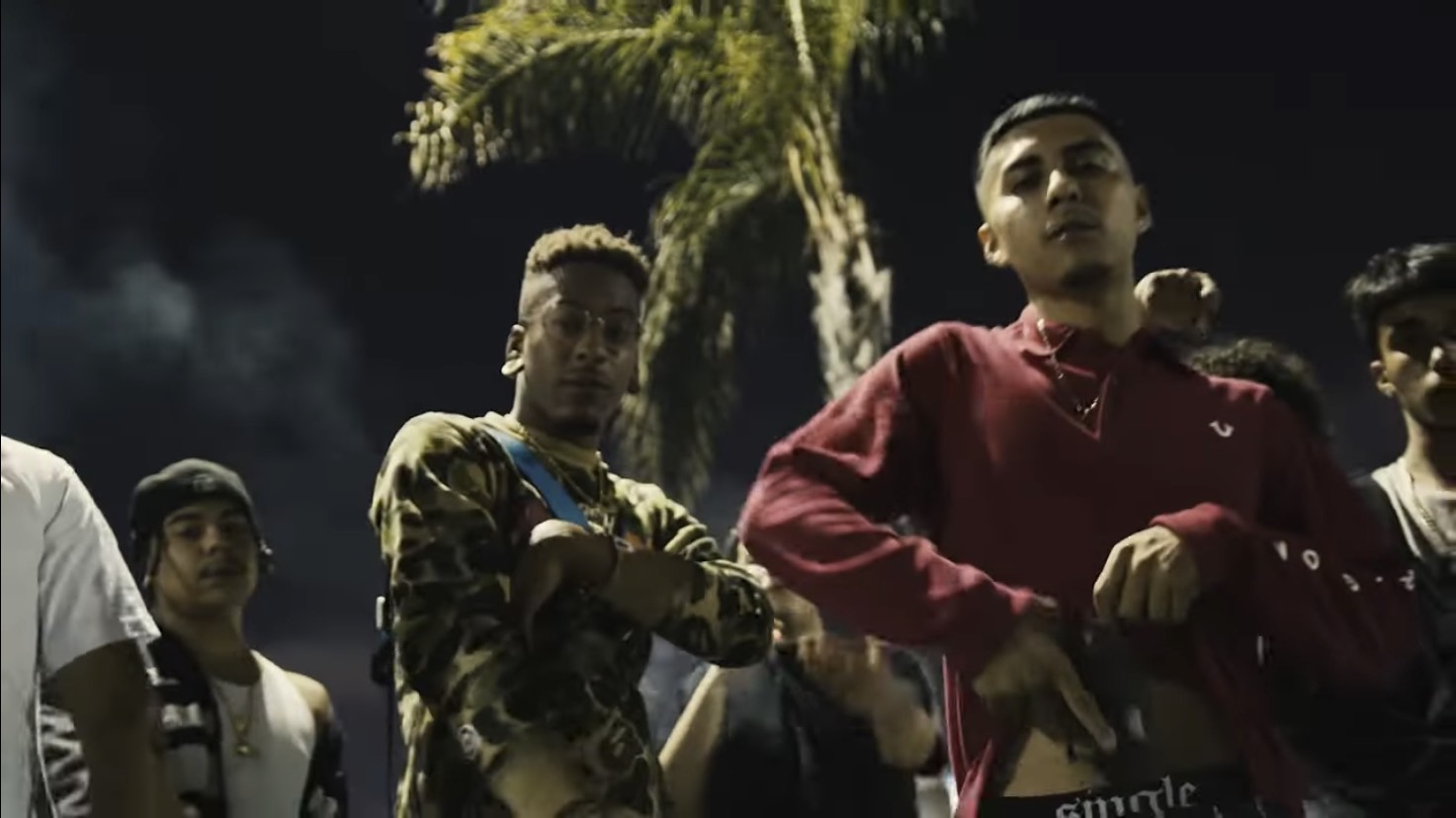 The eerily woozy video for the 88thagang-produced banger “Geeked Up” arrives complete with cameos from AzChike himself and viral “6Block” rapper Peysoh.

“She gone let me fuck first night/I’m to the point where I don’t even gotta try/Geeked up I just took a red light/I’m in the stu with Chike with like five pipes,” MoneySign $uede raps before handing it over to AzChike.

Last May, $uede’s seminal “Back To The Bag” hit single was taking over the streets of L.A. — racking up well over two million views on YouTube and continued to boost his buzz while he was incarcerated.

MoneySign $uede has still maintained an incredible pace behind bars, delivering multiple singles including “Momma Don’t Cry,” and his “She Gone Choose,” collaboration with Lil Weirdo.

Watch the full video for “Geeked Up” below. 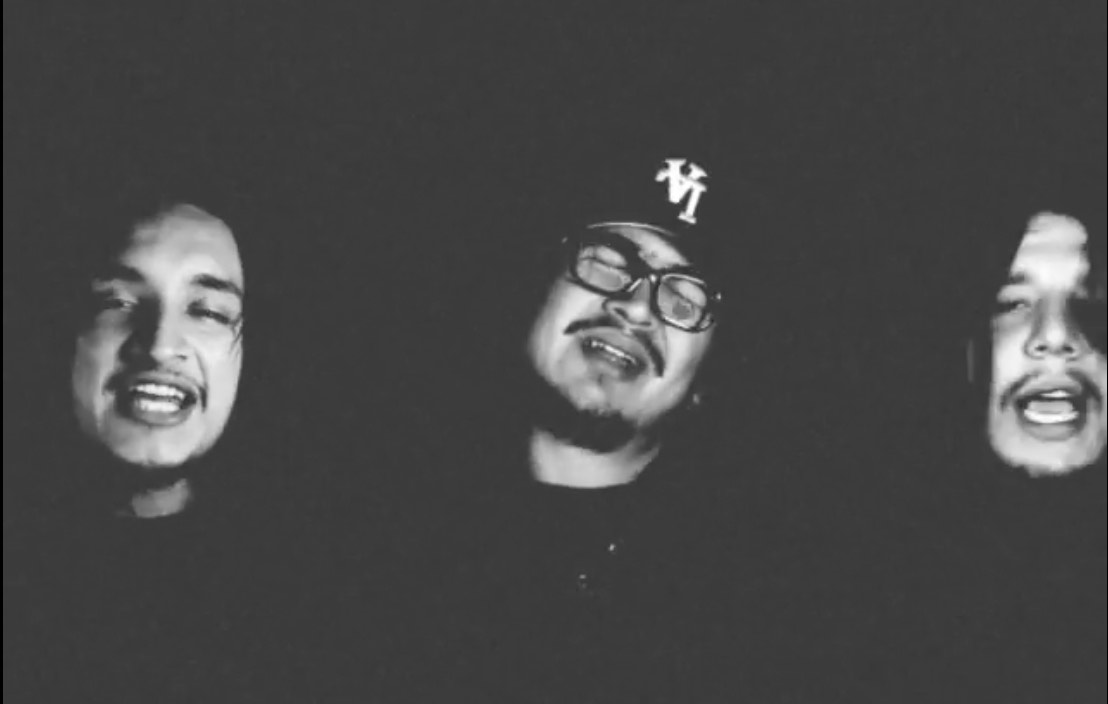 Following the release of their Cypress Moreno-produced Triple Threat EP in 2020, Crenshaw-bred rap group the Chosin Few have returned with their latest project and the visual for “Move.”

Arriving on the heels of the video for “Cerberus,” the Chosin Few, brothers 22-year-old Evxga and 27-year-old Mars the Martian, and 23-year-old Statue, opt for an in-sync approach in the “Move” flick, shot by Derrick Broaster.

Both “Move” and “Cerberus” appeared on the Chosin Few’s recent eight-track Hydra album from earlier this year.

Watch the full video for “Move” below. 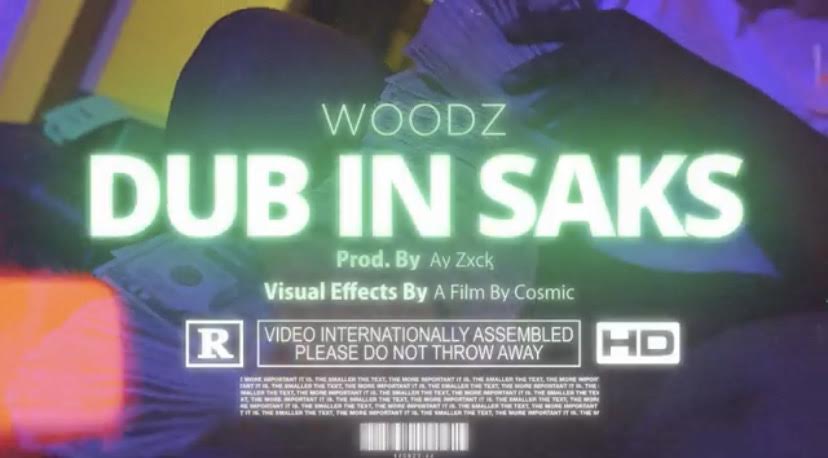 Alabama rapper Woodz and his resident producer Ay.Zxck have returned with the visual to their breakout “Dubs In Saks” collaboration.

Between his melodic flows and trap-heavy bars, Woodz may have street-banger poised to take over the summer with this gem, as he hangs out the back of a Cadillac Escalade XLT and blows big clouds of dope while thumbing through a check.

Woodz has maintained his productivity throughout 2021, kicking the year off with his “Play It Back” following last year’s Highs & Lows project.

Watch the full video for “Dubs In Sak” below.

RM Philly is an artist from Morganton, North Carolina, just 1 hour shy of Charlotte, North Carolina. He just released his first single for 2021 titled “O YEA”. He previously performed the track in Atlanta for the Coalition DJs and received positive feedback earlier this year. Enjoy this uptempo club banger produced by YoungWakeMotivated.

The visual for “Blacked Out” follows arrives following their debut single “Geeked On Blood” and builds on Bad Neighbors aggressive and visceral aesthetic.

Bad Neighbors are currently gearing u for the release of their debut project Play This In Hell.

Watch the full video for “Blacked Out” below, also check out “Geeked On Blood.”

Portland Rap legend Vursatyl The Great drops the Official Music Video for his smooth new single “I Don’t Want You Anymore” featuring Lunden Benard with production by Jake One.

“I Don’t Want You Anymore” gives us a nostalgic feel while still staying highly original in the storyline and delivery of lyrics. Lunden Benard would make Slick Rick and Q-Tip proud with his vivid lyrics and timely cadence, giving room for the beat to complement his lyrics at multiple points throughout the song.

Jake One delivers a classic soundscape for Vursatyl and Lunden to each tell their story of a wandering lover and how to move on from a toxic partner. A soulful and playful single, “I Don’t Want You Anymore” marks over 20 years in the rap game for Vursatyl The Great and shows, like a fine wine, his art is only getting better with time.

Press play on “I Don’t Want You Anymore” and be sure to subscribe to Vursatyl The Great on YouTube for new music updates!

Atlanta, Georgia artist Bla5er released his highly anticipated music video to his single “Adore You”. The J Reid produced record is Bla5er’s follow up to his 2019 banger, “Feels Good” featuring Blo5k Lil A. “Adore You” is Bla5er’s appreciation and admiration of women. When asked how about the inspiration behind the record, Bla5er states that he was in his feelings when he recorded the song, something that all people experience.

BLA5ER is an artist/writer, born and raised just east of Atlanta, Georgia; in Lithonia. Bla5er was born into a musical family that appreciated various genres of music. From an early age, his musical roots were planted from listening to his grandfather, Bishop W.C. Harris. Bishop Harris, a well-known local civil rights activist, was one of the original Freedom Singers and one of the lead singers of the 60’s R&B group, The Dynamics.

Bla5er would often sing his grandfather’s songs acapella and learned to play the drums without formal training. Later, he would accompany his cousin, Grammy award winning producer and songwriter, Johnta’ Austin to the studio where he found a second home, his skills and learned the music industry up close.

Tragically in 1999 Bla5er witnessed the death of his Father at a young age, in his Fathers attempt to save two men that were drowning in a lake behind their family home, while he was able to save one man,  he and the other young man drowned, this loss sparked a fire in Bla5er that often found him in trouble. Music would become his “escape” and a way of expressing himself. He would spend hours in one of his childhood friend’s makeshift “booth” recording songs he wrote.

Music became an outlet for him to vent at a young age and over the years, he has been able to get better with his craft. Bla5er’s 2016 single “I Got That Bag” featured production by Grammy Award winning producer Drumma Boy and would go on to become a regional and underground hit. That growth is evident in his music where his first project, Bla5er’s World, was Bla5er’s introduction to music, whereas his second mixtape I Want More, Bla5er developed his sound. Bla5er creates music daily and has been able to work alongside heavy hitters like that of producers Drumma Boy, J Reid, and Brand A Beast.

Bla5er is getting his message to the streets with heavy promotion and life-size billboards posted around Atlanta and every traveled city. Bla5er attended and performed at SXSW 2019, Rolling Loud 2019, and will be at the upcoming 2019 A3C Festival and Conference. Now, he’s pushing his collaboration, “Beat Up” featuring Lil Baby which boasts over 3 million streams. The music video is also in daily rotation on BET Jams and is nearing 4 million views on WorldStarHipHop.

New music out of the Bay Area from up and coming collective The Shankles aka Shankle Mob.

Shot and Directed by The Broken Arrow, The Shankles give us a day-in-the-life of the crew before vibing out over the TOPE produced track. Something light, something feel good and only their second release to date – The Shankles are packed with talent and make up a supergroup of well versed West Coast musicians. 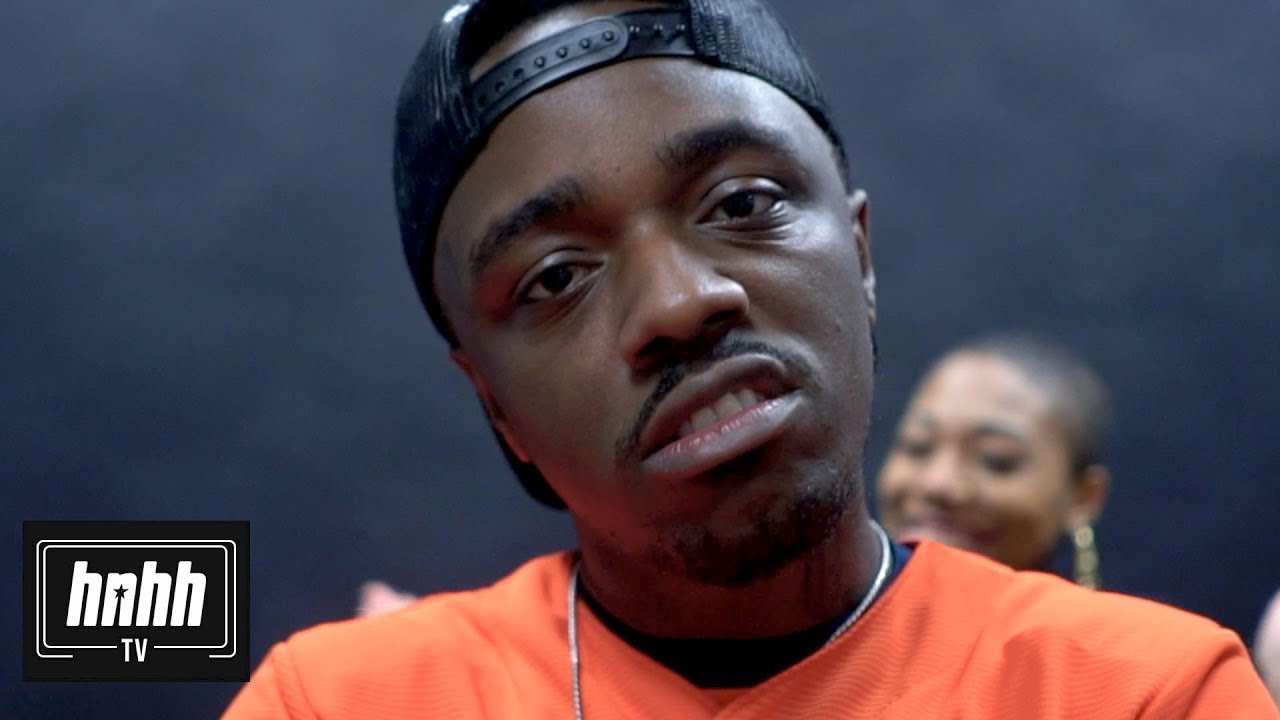 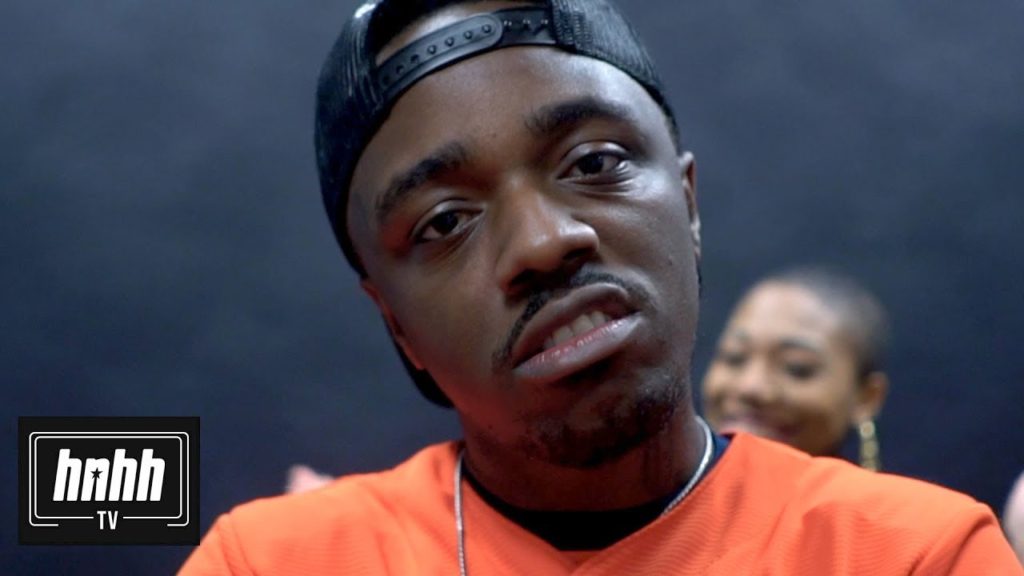 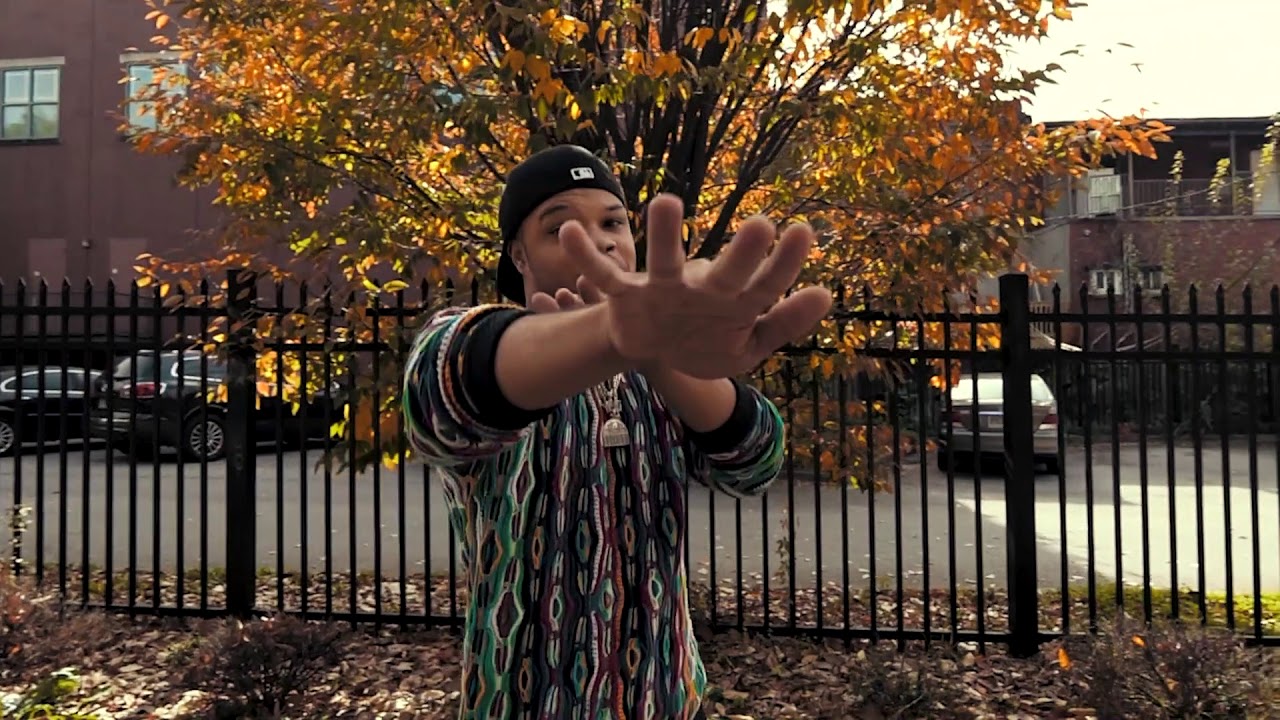 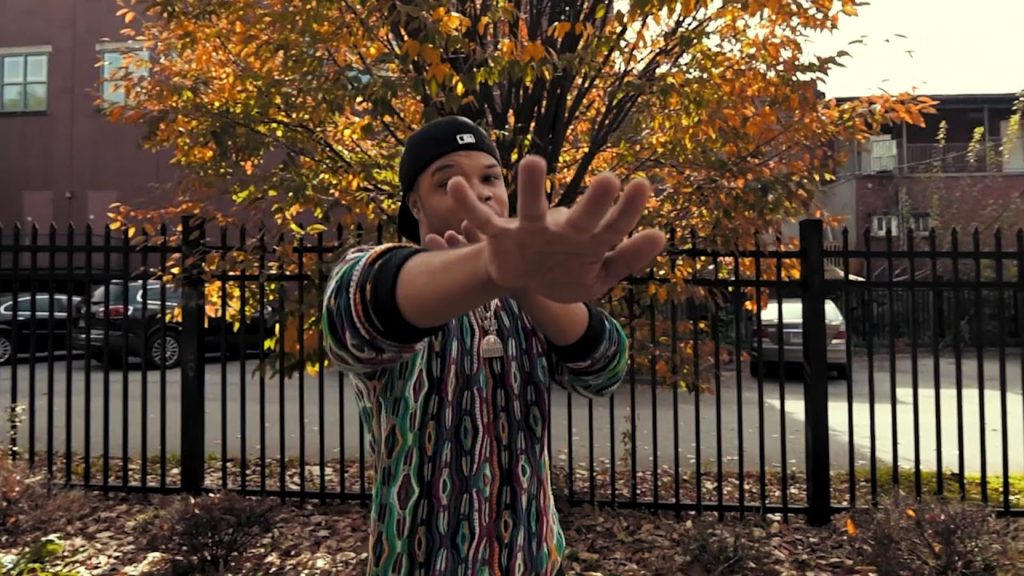 Westside of Atlanta, GA, Young Bo is back with another #BoMix edition this time around it’s Post Malone’s and 21 savage’s single ‘Rockstar’ on the Bo spin of things!